Thankful for Sportscards from the Dollar Store

Here in the US today is Thanksgiving, and the start of a much needed four day break from work for yours truly. I could list all the things I'm thankful for, like my family, my health, my job, but this is a sports card blog!  So instead, here's an amazing trade package that arrived this past week courtesy of Douglas from Sportscards From The Dollar Store... 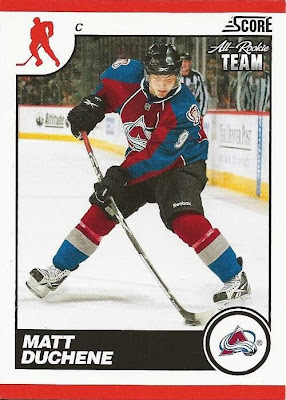 I'm very thankful to have Douglas as a trading partner, because he's one of the most generous bloggers I've ever run across.  Case in point, he attends what I envision to be a gigantic sports card and memorabilia expo, and as he walks the floor actually dedicates time to tracking down cards off of others' want lists.  He did this very thing recently with my want list in hand, and managed to track down the final two cards I needed to knock off the 500-card 2010-11 Score base set... 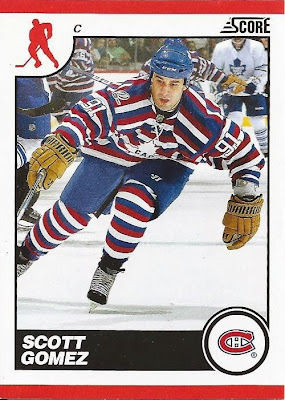 ...great retro Canadiens sweater on this one.  As if that weren't nice enough, he also tracked down the last five short-printed Hot Rookies cards I was missing as well.  Let's take a look at where these five guys are at just a couple of years after this set hit the shelves... 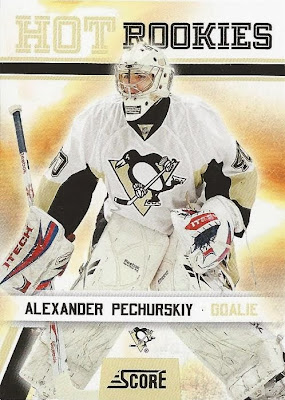 Played one single game (not even a full 60) with the Pens, then appeared in various other leagues including in Russia but appears to be out of the game for good? 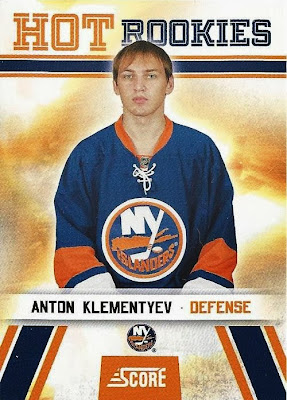 Again, played one single game with the Islanders, appears to be kicking around in the AHL so perhaps will crack another NHL roster someday. 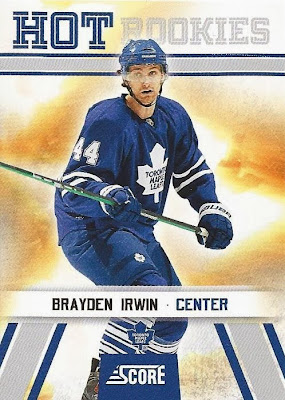 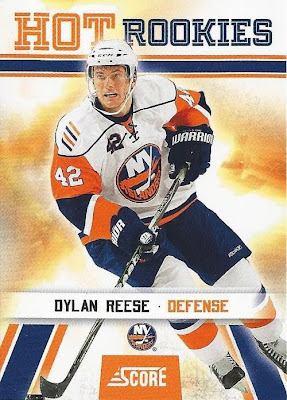 Dylan actually has a decent amount of NHL experience, appearing in 74 games with the Islanders and even a handful with the Penguins just last season.  Currently playing in the KHL in Russia. 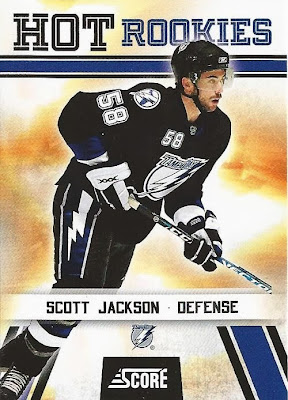 Again, one single NHL game a couple seasons back, still plugging away in the AHL.  Boy, Panini really picked some winners for this set.  Nonetheless, I am so grateful to finally be able to cross this set off my want list once and for all.  I don't think it was everything the 20th Anniversary tribute to the debut Score set should have been, but it's still a decent set.  I'll save a full review for my proper completed set post one of these days. 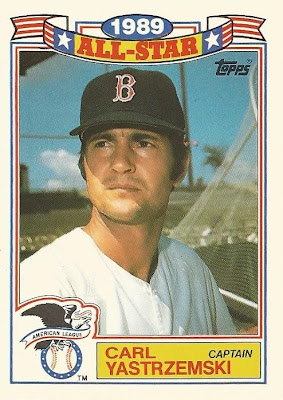 I needed this 1990 Topps All-Star Glossy Yaz insert for what seemed like forever, but picked up a copy a couple months back.  No worries though, I know a fellow Red Sox fan/collector who will appreciate this one. 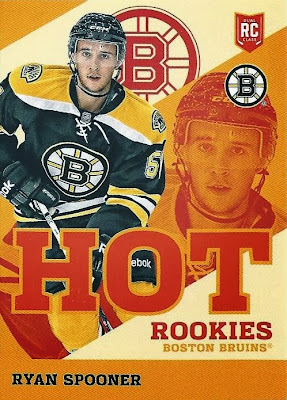 This card was a great surprise.  For starters, it's my very first 2013-14 NHL hockey card of any type, and secondly this was an expo-only release that I'd have no hope of obtaining.  Ryan certainly has a future at the NHL level in my opinion, it's just tough cracking a deep Bruins roster right now, especially at the center position.  He did suit up for four games last year though, and played a couple more games with the B's just a month or so ago (recording two assists).  Certainly a prospect to keep an eye on, and a fantastic card. 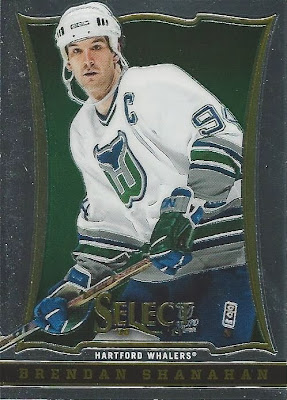 I'm thankful that Douglas always keeps an eye out for new Whalers cards for me.  If it weren't for his generosity I'd be forced to overpay for shipping on eBay or wait months for prices on COMC to drop to a reasonable level.  This Brendan Shanahan is brand-spanking-new, from the 2013-14 Select release. 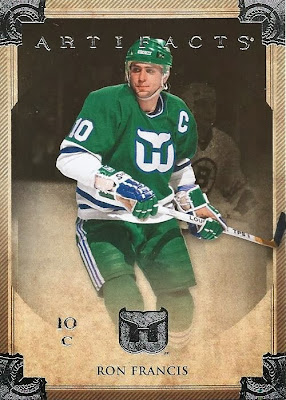 Here's another one I've had my eye on, a really nice '13-14 Ron Francis Artifacts card.  I do wish Upper Deck would start featuring some Whalers other than Francis, Shanahan and Gordie Howe, but I guess I should be grateful that they're at least being represented at all.  These two are a huge help towards my goal of 1,200 unique Whalers cards by year end (approaching rapidly!), and will certainly be featured on my Whalers Hockey Cards blog at some point. 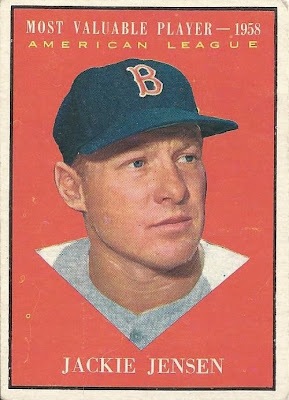 Last but certainly not least, check out this fantastic 1961 Topps Jackie Jensen from the MVP subset.  This is one of the nicest cards I've received via trade in a while, and was a complete surprise.  Any package that includes a '60s Red Sox card I didn't have is automatically a winner.  Jackie is in great shape too. 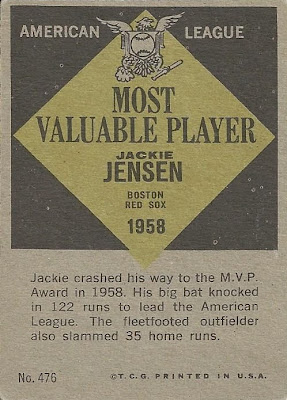 Here's a look at the back, what a great piece of vintage cardboard.

Thank you very much for the amazing cards Douglas!  I'm packing up your return package now, and I hope you'll be just as pleased about what I send your way.
Posted by shoeboxlegends at 10:33 AM