Within the last 24 hours I was the recipient of a very generous package of cards from my buddy Douglas of the blog Sportscards from the Dollar Store.  I'll get to those in the coming days, but in the meantime this delivery was a stark reminder that I never even finished thanking Douglas for the last batch of cards he sent!

These arrived many months ago now, but the fact that I haven't found time to show them off is certainly not a reflection of my level of appreciation.  I mean, just look at this!

That is an entire panel of 1982-83 Post Hartford Whalers.  The entire 16-card set.  How awesome is that?  I'd never encountered these previously, and in one fell swoop I've now got the entire team set. 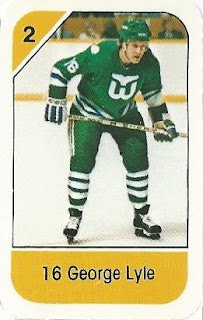 I'm going to leave mine intact, but here's a closer view of one of the single cards just to give you an idea.  What I love most is the fact that Post got some of the more obscure Whalers on the checklist.

Here's a look at the backs, look at all those beautiful Whalers logos all in a row!

A very cool item for my ever-growing Whalers collection, but that's not all Douglas sent... 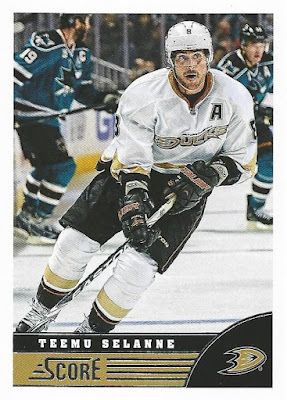 There was another big old batch of 2013-14 Score needs to be found in the envelope.  I've been chasing this monster 750-card set for over 5 years now, and thanks to Douglas' efforts I'm close to the finish line at last. 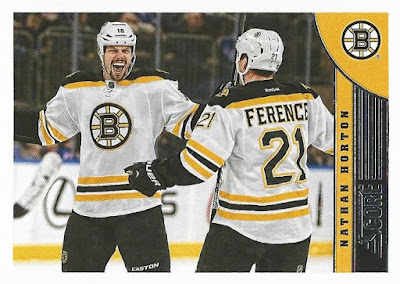 Since there was a big brick of these in the package, I'm not going to show them all, but rather just a few highlights that were personal favorites. 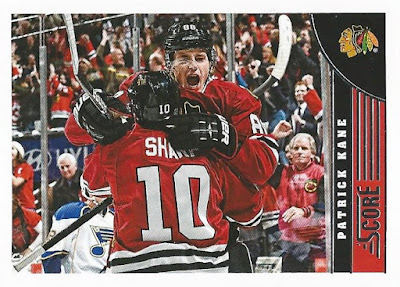 As I've mentioned before, the set is absolutely littered with great goal celebration photos. 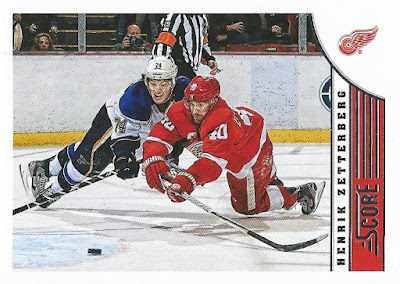 Another interesting one here, I presume Zetterberg is lunging in an attempt to put the puck into an empty net as time expires.  Feels weird to me that his NHL career is over. 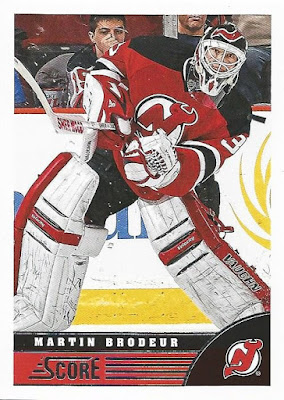 You can't go wrong with a new Marty Brodeur. 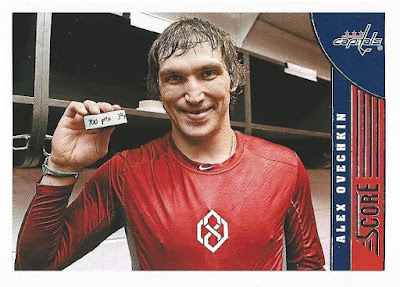 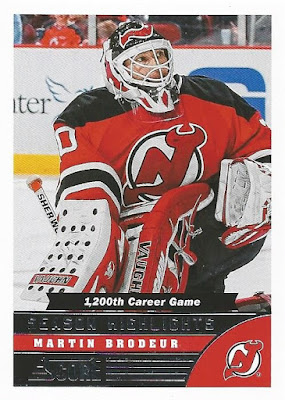 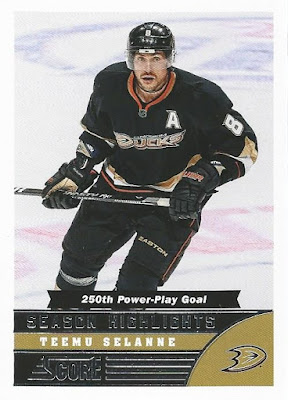 A nice Season Highlights subset card featuring one of my all-time favorites.  250 power play goals is nothing to snuff at! 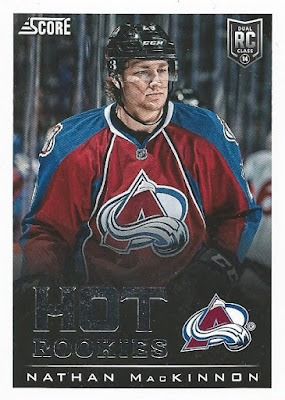 As far as the Hot Rookies go, the best name on the entire checklist might be Nathan MacKinnon, who's having a hell of a year this year in Colorado.  Douglas was super generous in his willingness to send this one my way, this was probably the single most expensive card standing between me and a completed set.  Just awesome. 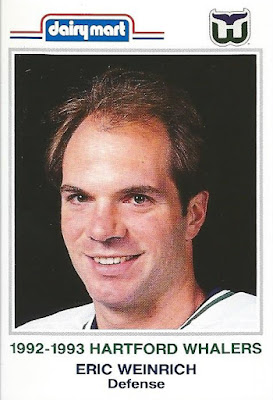 Of course, as with seemingly every package from Douglas over the course of many years now, there were some Hartford Whalers throw-ins to be found!  This one is my very first card from the '92-93 team-issued set, sponsored by Dairymart! 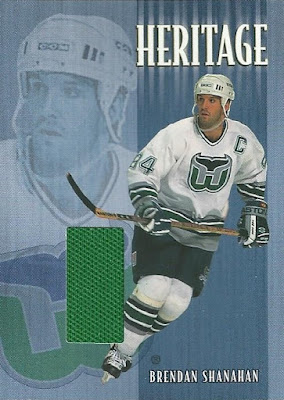 Here's a really interesting one from In the Game, one of the earliest hockey relic cards in my collection actually.  I didn't realize until adding this to my collection on The Trading Card Database that these relics were apparently limited to just 90 copies each.  If I wanted to add one of these to my collection today, it doesn't look like I could do so for less than $20.  Amazing. 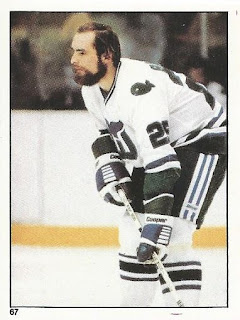 Here's another new set for me, 1981-82 O-Pee-Chee stickers.  A lot of obscure names on this checklist, and Norm Barnes here is one of them.  In fact, I'm relatively certain that this is the only Whalers "card" of Barnes.  Great stuff. 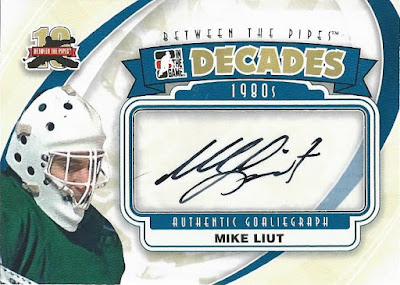 We already saw a relic card, how about an autograph to accompany it?  When I think of the Whalers, two goalies come to mind; Mike Liut and Sean Burke.  This Between the Pipes "Decades 1980s" autograph was a thoughtful and much-appreciated throw-in from Douglas. 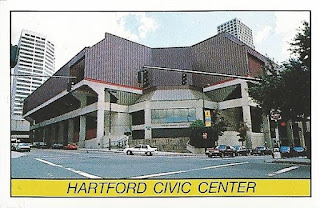 We'll close it out here with possibly my favorite card from the entire package, this sticker of the Hartford Civic Center from the 1989-90 Panini set.  I have such fond memories of visiting this arena as a kid with my family to see the Hartford Whalers play, and this is exactly how I remember it looking.  I don't think I knew this sticker even existed, or I would have tracked one down long ago!

Douglas, as usual your generosity absolutely blew me out of the water!  Thank you so much!  I can promise that it won't take me months to post the package that arrived this week, you have my word.
Posted by shoeboxlegends at 2:00 PM

Awesome Whalers haul! I actually bought that Civic Center sticker from Douglas on COMC not too long ago. The Post panels are awesome. And that Shanny relic is sweet. One of my favorite GU Whalers cards, even though I still hate him for whining his way out of Hartford.

p.s. I picked up a couple buybacks for you. They're not superstars and probably wont make your frankenset, but the price was too good to pass up.

I screwed up when ordering some stickers an ended up with a pair of the Hartfoed Civic Center stickers, so sent the first to you, as intended, and the second to COMC. Nice that they both got in the hands of bloggers!