A while back I won a contest over at Johnny's Trading Spot, and the prize package was an impressive one.  Aside from some buybacks I've already featured, I also got a healthy portion of new Red Sox cards.  Here's a smattering of twenty cards that were included... 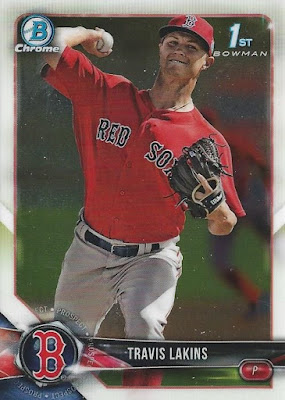 Travis Lakins pitched well for Boston's minor league teams last year, splitting time between AA and AAA.  He fared well in a handful of Spring Training appearances this year, so maybe he'll make the big league club at some point.  If he does it'll be cool because not only will I have his first Bowman card... 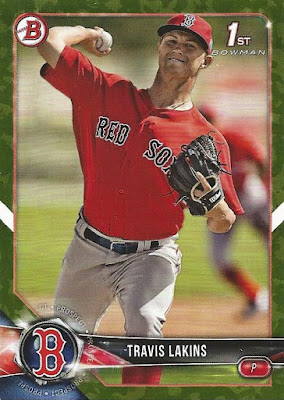 ...but the Camo parallel as well! 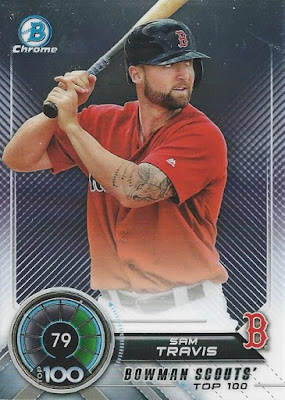 Sam Travis did get 38 plate appearances with Boston last season, and hit just .222.  Has to be hard to get into a good rhythm though with just those few games.  Maybe he'll get another crack at Major League pitching in 2019 here. 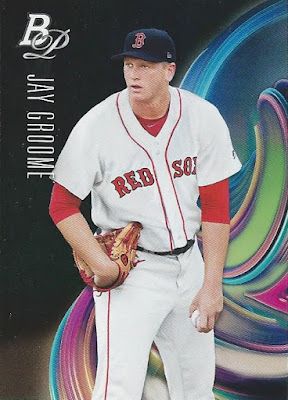 By most accounts, Jay Groome is a top-10 prospect within the organization, but he's an unknown for sure after missing the entire 2018 season due to Tommy John surgery.

I have to say, for reasons I can't quite put my finger on I really enjoy the design on this Bowman Platinum card. 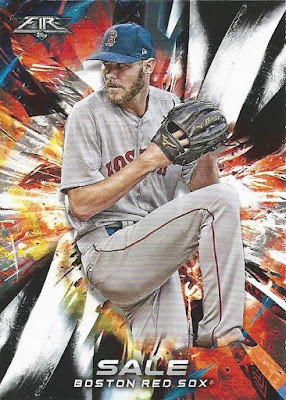 Here's another one with a lot of color, courtesy of Topps Fire.  I know these cards are over-the-top loud and busy, but I like them anyway.  Probably has something to do with being a child of the '90s. 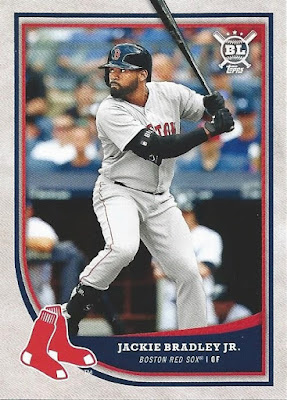 I really haven't been buying many packs, or new cards whatsoever, for the past few years, but John really helped me with some newer sets with this delivery.  Case in point, I got a trio of 2018 Topps Big League needs in Jackie Bradley Jr... 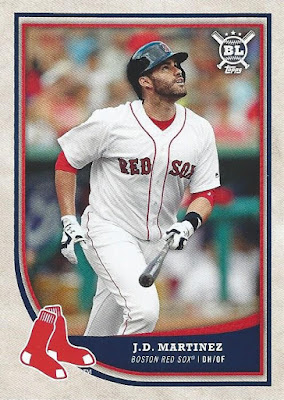 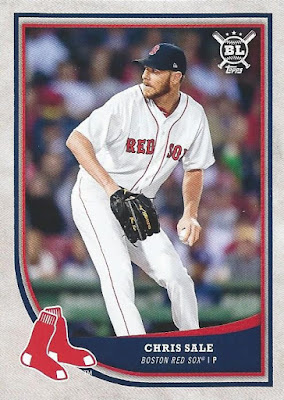 ...and Chris Sale.  I thought this was a fun effort by Topps last year, a good example of a "low-end" set done right if you ask me. 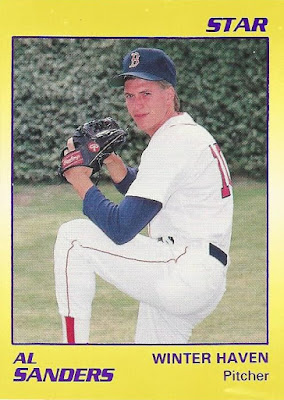 Here's a very yellow Star card.  Suck it, 1991 Fleer!  Al Sanders never made the Majors, but at least he got a baseball card I suppose. 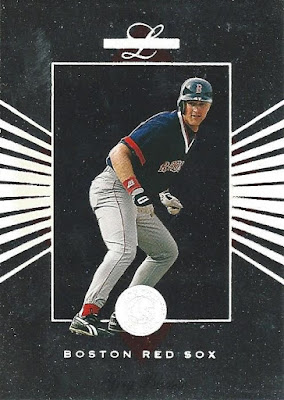 Anyone who's ever dealt with these Leaf Limited cards knows they're pretty tough to scan well. 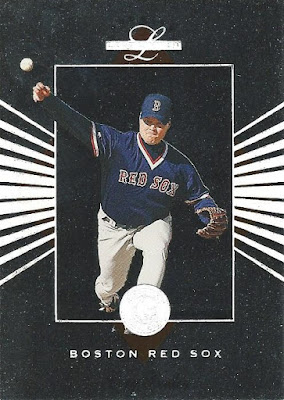 Still happy to have them though! 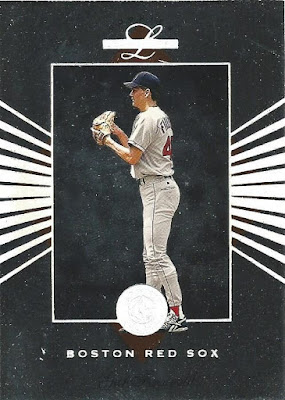 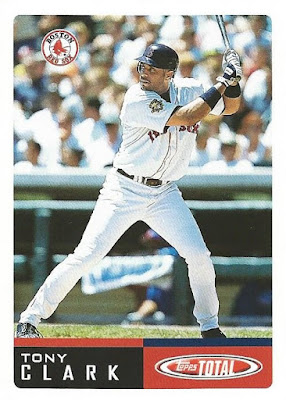 Some of my favorite cards in the package were the Topps Total ones.  John really contributed to my 2002 team set with five new cards. 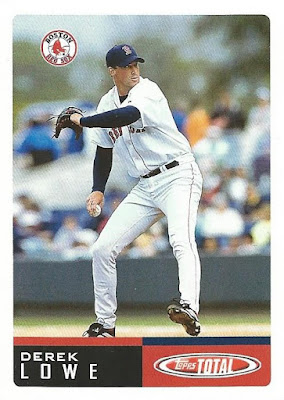 Some great names from the team that broke the curse a couple of years after this set hit the shelves, too. 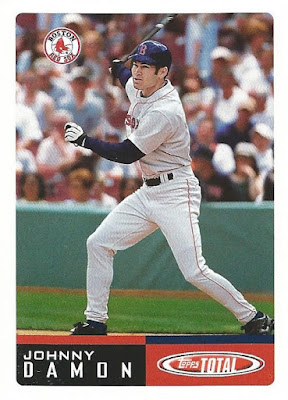 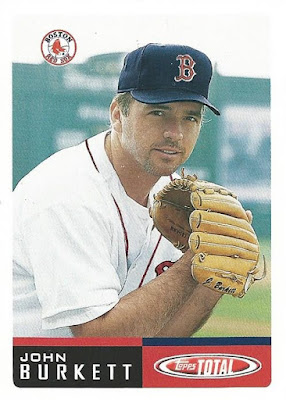 I always enjoyed John Burkett's starts during his stint with Boston at the end of his career.  His numbers don't look that great, but to my recollection he always seemed to keep the team in the game.  He did finish with a winning record both seasons with the Red Sox. 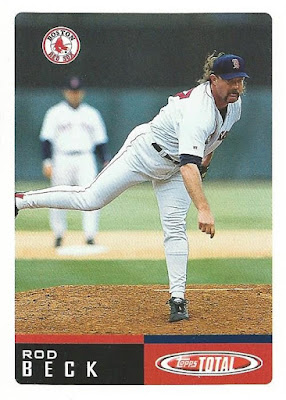 My favorite of the bunch is this Rod Beck card, which has an air of Kenny Powers about it.  Look at that flowing mane! 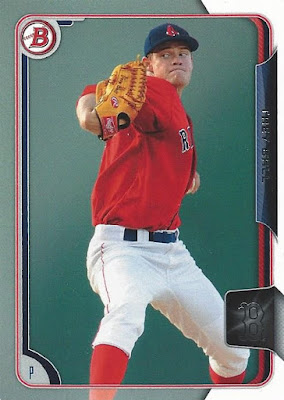 I'll wrap it up for today with a couple of older Bowman cards... 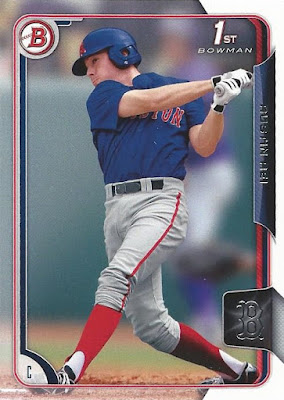 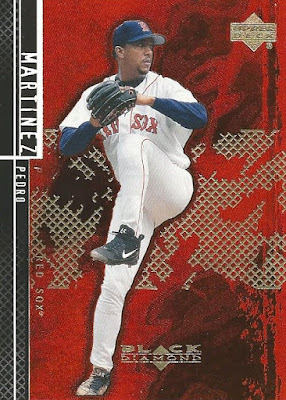 I've got enough Red Sox cards still to go from this package to cover at least one or two more posts.  Until then, thanks for stopping by!
Posted by shoeboxlegends at 11:22 AM

Glad you needed some of those BoSox.