The Itch to Rip - Another Blaster of 2019 Stadium Club 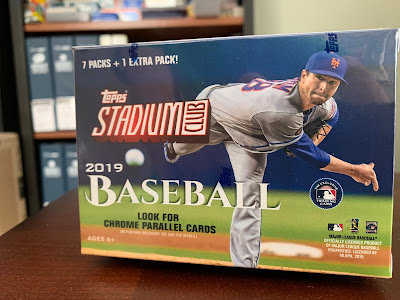 Yep, it's time to tear into another one of these 2019 Topps Stadium Club blasters I landed during the early days of COVID.  It's been sitting on the shelf collecting dust for long enough now, and since I'm motivated to get my want lists up to date for all modern Stadium Club baseball releases, I'm ready to rip!

Going into this blaster, I'm sitting at 118 cards out of the 301-card base set, good for just over 39% complete.  I'm not hoping for any big hits or autos, or anything fancy at all really, would just love to land some singles that I'm missing and improve that set completion number some.  After all, with Stadium Club it's all about the great photographs on the base cards.

Rather than breaking down every single card from the blaster, I'll just show some of the highlights of the blaster for me, pack by pack... 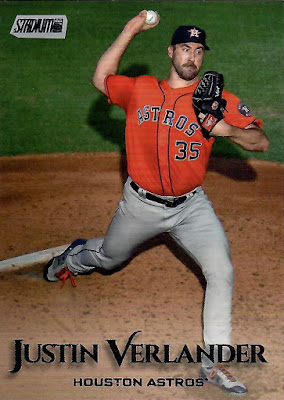 The first pack yielded this Justin Verlander for my set build.  I'm hoping he returns to full health and has enough gas left in the tank for another dominating season or two.  Even if he hung up the spikes today though, I'm confident he'll end up with a plaque in Cooperstown. 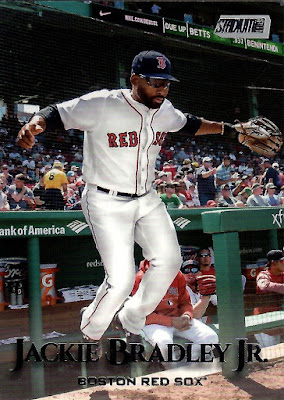 Pack one also had this great shot of Jackie Bradley Jr. leaping out of the dugout.  Doubles as a need for my set and a new Red Sox card, score! 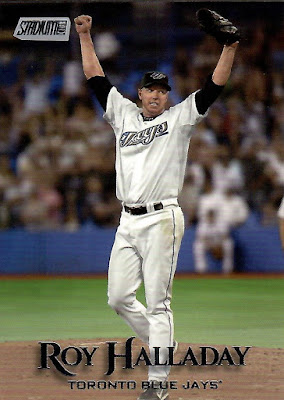 Pack two had a pair of set needs for me in it as well, with the highlight of the pair being this great celebration shot of the late Roy Halladay. 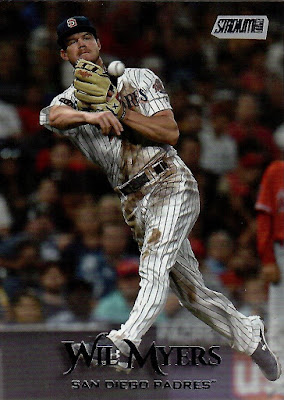 The third pack continued the emerging trend, with two new base cards for my set.  They weren't the most exciting cards in the world, so I selected Wil Myers here for blogging purposes. 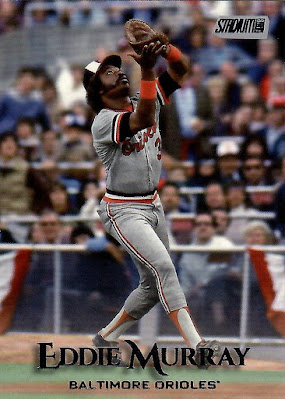 Pack four brings us to the halfway point of the blaster.  It yielded three new cards for my set, my favorite of which was by far this great Eddie Murray. 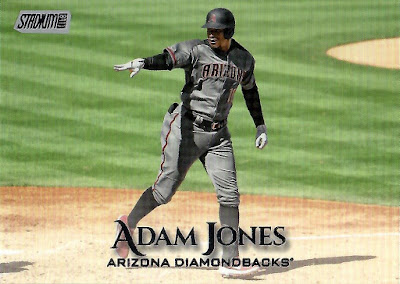 Pack five provided just a single new card for my budding set.  Here it is. 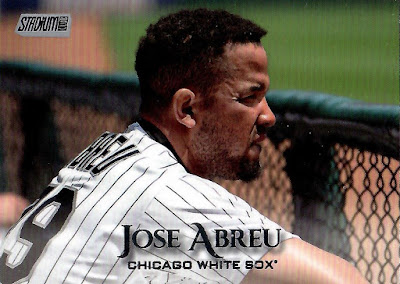 Same with pack six.  Cool card of the newest AL MVP, at least. 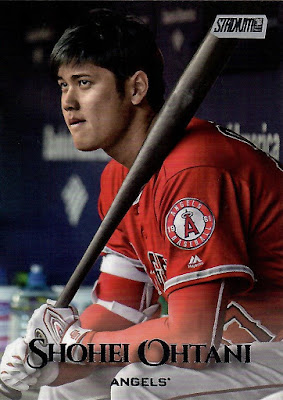 The seventh pack made up for it though, as it contained three base cards that I needed, the best of which was this Shohei Ohtani.  My favorite card in the pack wasn't one of those base cards though, it was this one... 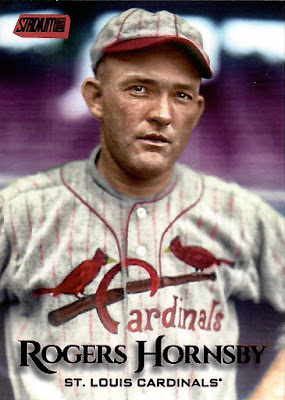 I don't usually hang onto my inserts or parallels from Stadium Club, most of those go out in trade packages to other collectors.  I just had to hang onto this Rogers Hornsby Red Foil parallel though, just perfect for a Cardinals card.  That is one sweet uniform, the team should bring those back for Retro Night in 2021. 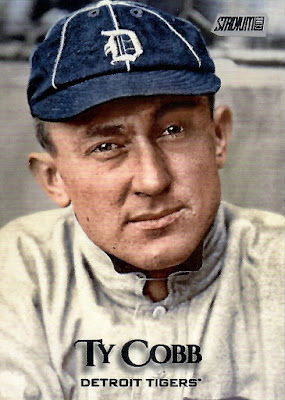 Sure, Ty Cobb isn't the most popular baseball player among fans a century later, but regardless of your personal feelings about the man, I think we can agree this is a nice-looking card for a turn-of-the-century subject anyway.

Cobb came in the final pack of the blaster, along with two other base cards I needed. 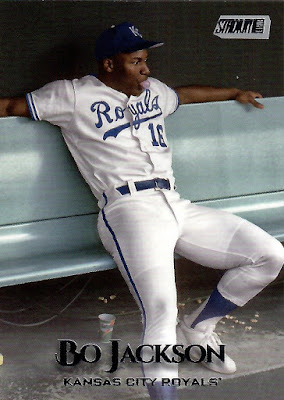 Also pulled this cool Bo Jackson in the final pack, looking much the way I did after I finished scanning and sorting these into my set.

That was a fun blaster all in all.  I'm up to 135 cards from the 2019 set now, closing in on the 50% mark, plus I got a cool keeper parallel, which is rare for me in modern stuff.  I've got a couple more blasters of this still on my pack shelf, so I'll be creeping closer to set completion whenever I next get the urge to rip.  I sure am glad to have the pack stash to help get me through the long, cold, dark winter ahead.

Until next time, thanks as always for stopping by!

Was Halladay celebrating signing with the Phillies?

The Bradley, Halladay, and Murray cards are great, and that Hornsby parallel is even better!

Love that Bradley card - sure hope the Red Sox can/will bring him back!

Those '20s/'30s Cardinals uniforms are perfection.