I've decided that, for as long as I can hold out with my car loan paid off, I'm going to save 2/3 of the money I was using for this monthly towards my next car. The other 1/3 will hopefully be used to add a significant new card to my collection.  Things started off well with a 1964 Topps Hank Aaron in my first month, but I got so busy in March that I never posted my pick-up last month.  Here it is, a few weeks delayed... 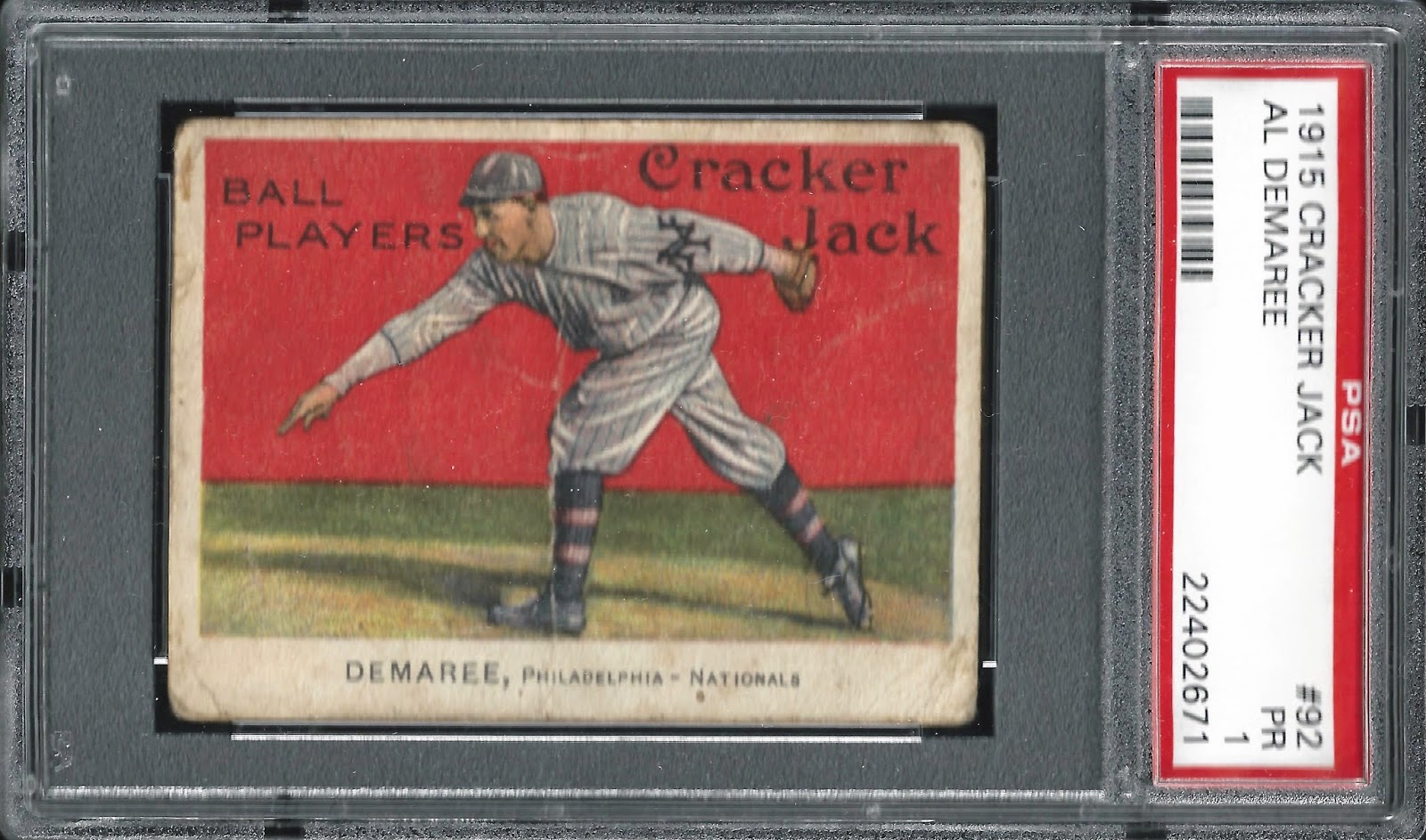 I've talked a few times before about my love for the 1914/1915 Cracker Jack sets.  These might be my favorite design out of all the pre-war baseball sets that exist out there.  Al Demaree here is the fourth authentic Cracker Jack card I've picked up so far.  Despite being the first non-Red Sox card in that small group, it might actually be my favorite of the bunch.  I really like that this one uses a horizontal layout, unlike the majority of the set.  Despite its worn corners and creases, the 100-year-old image of Al following through on his pitch still looks great. 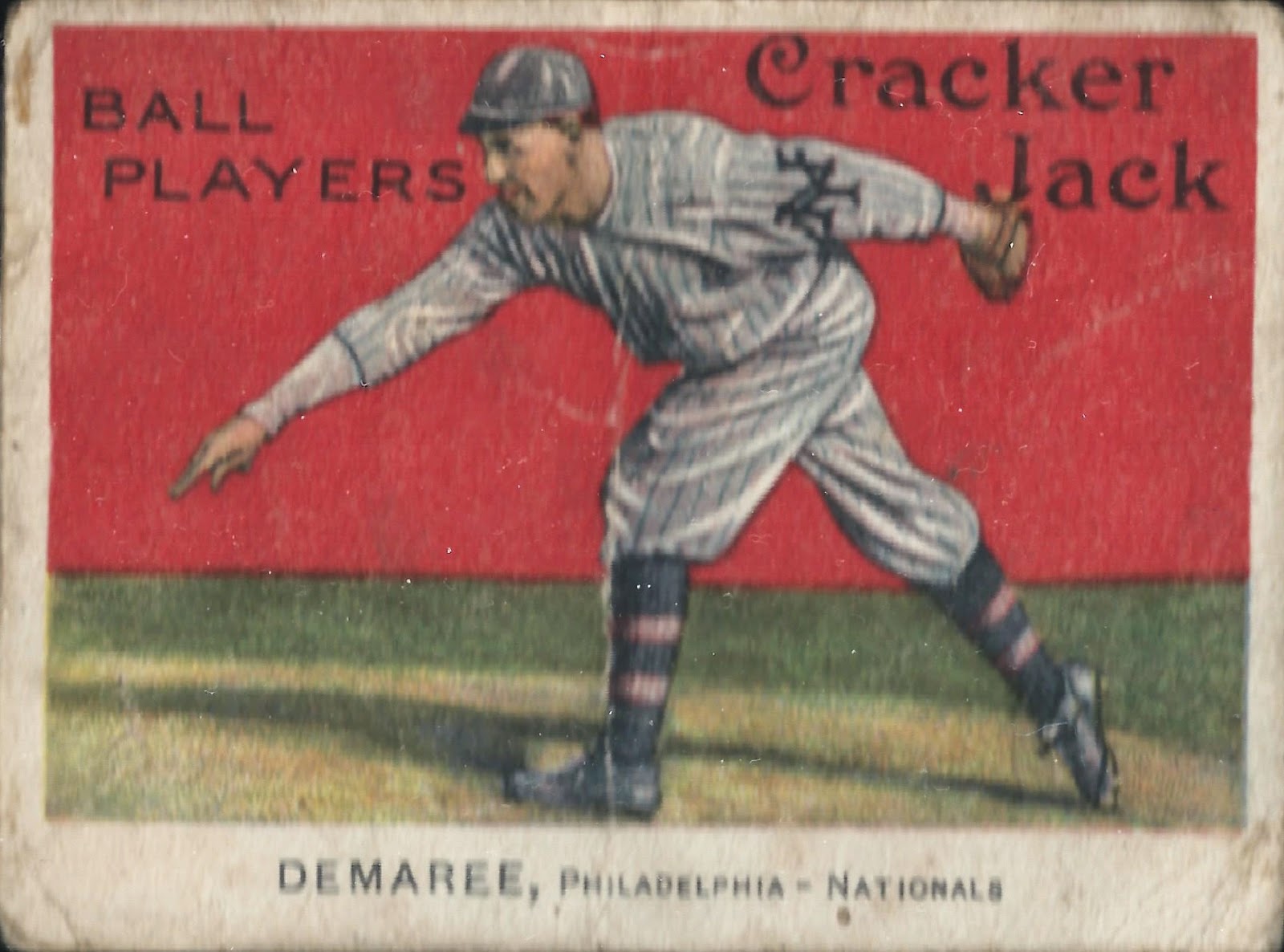 Al actually became a successful sports cartoonist after his baseball days were done.  I wonder what he'd think of this work himself? 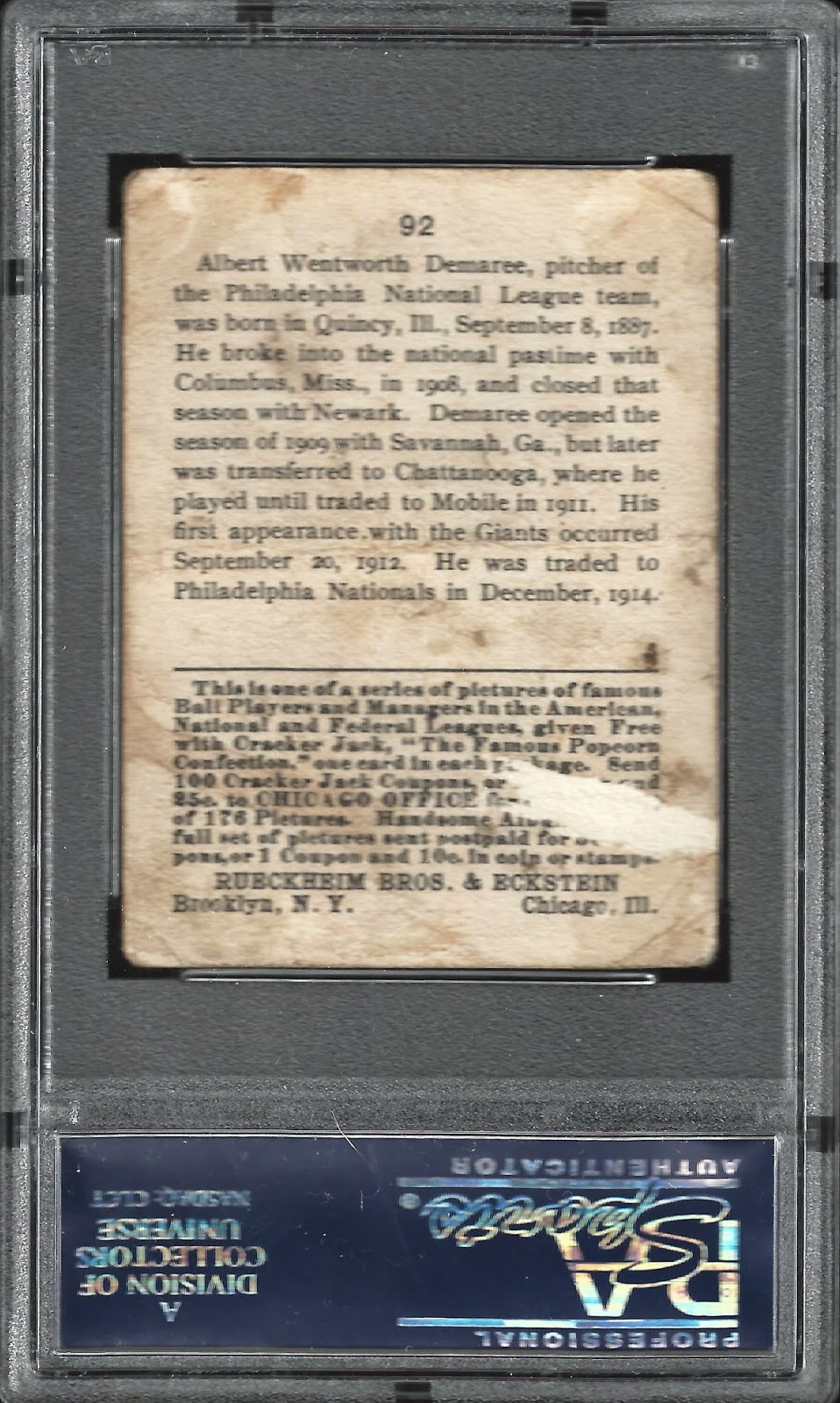 Here's the back, upside down as many of these are.  What a fantastic piece of cardboard.  There's something about acquiring a card this old that gives me a feeling of satisfaction that nothing from the 21st century seems to be able to replicate.  Here's hoping my car holds out at least a few more months!
Posted by shoeboxlegends at 9:00 AM

Great card and I totally agree with your sentiments about old cards.

Great card. Demeter's cartoon type drawings were used on one of the rarest baseball card sets. I'll forward you the link

Yet another amazing piece of vintage goodness! Great find!

What a great card! Found a bunch of his artwork on with google. here's a piece that wouldn't fly today: