I'd have to say that the latest PWE to arrive at Shoebox Legends headquarters from Joe at The Shlabotnik Report was his most creative assortment yet.  In one little envelope I found oddballs, prospects, junk wax, game cards, parallels and more. 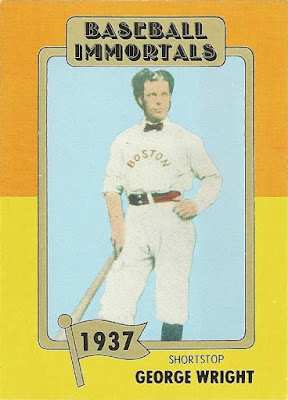 Coming out of the gate here we've got an oddball in the form of a 1980 Baseball Immortals George Wright.  George played before the Boston Red Sox existed, and instead played for the Cincinnati Red Stockings and Boston Red Stockings (who went on to become the Boston Braves).  He was one of the best players at any position in those early days of baseball, and was enshrined in Cooperstown in 1937.

Unbelievably, this is the very first George Wright card in my entire collection.  The really old-timers just don't have a lot of cardboard out there I guess.  I'm very pleased to welcome George and his killer sideburns/haircut to the fold at last. 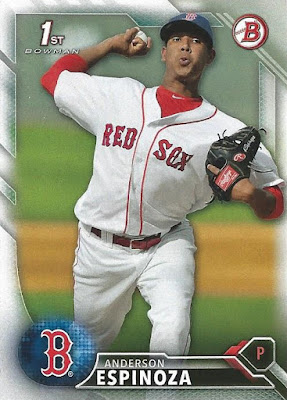 From HOFer to guy who has not yet sniffed the big leagues, here's a card of a pitcher who will likely never suit up for the Red Sox.  That's because Espinoza was dealt to Arizona as part of the Drew Pomeranz deal last month, and is no longer property of the Boston Red Sox.  Not entirely sure what the D-Backs front office sees in him given that he's got an ERA well over 5.00 at A-ball, but time will tell I guess. 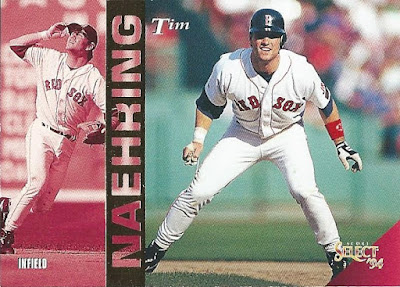 Back to the junk wax era for just one card here, a '94 Select Tim Naehring.  Even without being clearly labeled in the lower right corner, I think most collectors could look at this one and immediately identify it as being from the '90s. 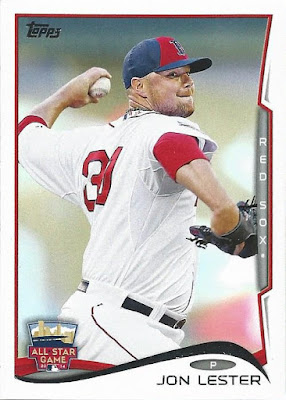 There was just one card from the "I don't have this already?" files in this package, and that was this 2014 Topps Update Jon Lester.  What an ugly hat. 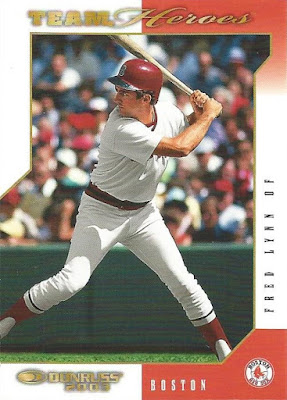 Joe must have opened a ton of 2003 Donruss Team Heroes, or come upon a cheap lot or something, because I have around ten of these now and I think the majority have come from him.  I don't mind in the least, as it's a nice looking set.  Great early-career shot of Fred Lynn here. 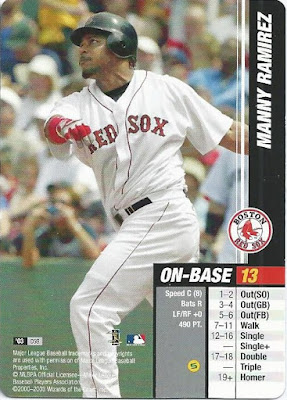 Even a game card made its way into this envelope.  This is my first card from the 2003 MLB Showdown set.  I have no idea how you play, nor do I have the time to look into it, but it's an interesting oddball nonetheless. 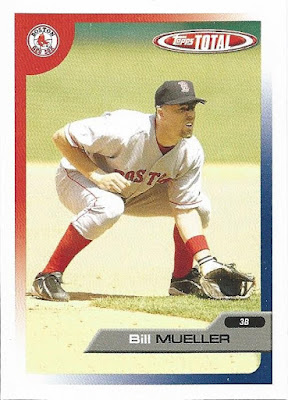 Topps Total!  I really wish I had been around in the collecting world when Topps Total was still a yearly release.  At least friends like Joe are helping me make up for lost time. 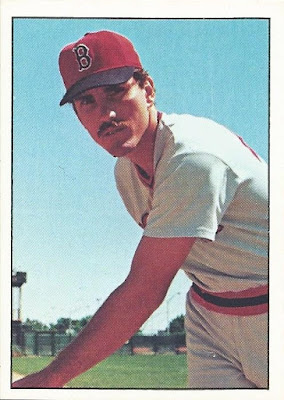 Another set that seems to be a cornerstone of a Shlabotnik PWE is the 1976 SSPC release.  How's that for a blue sky?  This is relief pitcher Jim Burton.  If you don't recognize him don't be too hard on yourself, he pitched out of the pen in 1975 and is most known as the losing pitcher in game 7 of the '75 World Series. 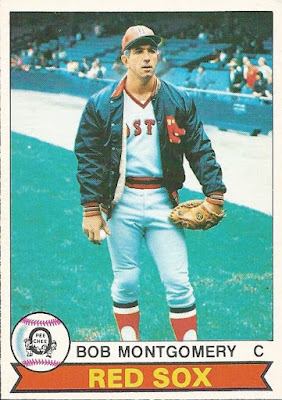 A nice late-'70s O-Pee-Chee release of the man who was the backup/spot catcher for the Sox throughout the entire decade.  I will never, ever get tired of receiving older O-Pee-Chee cards like this in trade. 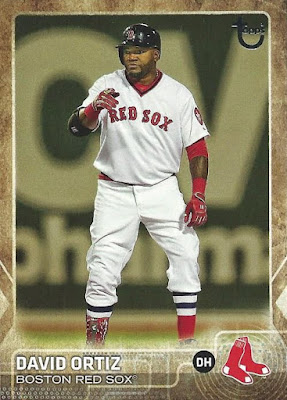 A nice Ortiz throwback variation from the 2015 Topps Update set.  I wish Topps had gone with a retro card stock for these like they did with these parallels a few years prior, but they're interesting cards regardless.  I really can't believe the season that David is turning in this year at age 40.  He's going to surpass 30 home runs and 100 RBI yet again, and has a valid shot at setting a career high in doubles.  Unreal. 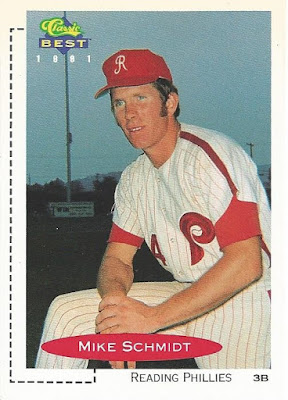 Last couple of cards here were really random, but ended up being two of my favorites from the lot.  I had absolutely no idea that Mike Schmidt was the first card in the 1991 Classic/Best minor league set.  Interesting shot here from Mike's time with the Reading Phillies.  Looks like he spent some time in the sun with his glasses on! 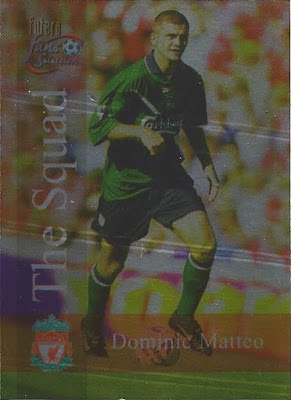 Final card of the package is the lone soccer card, which comes from an entirely new set for me!  These "Fans Selection" sets were put out for a variety of English clubs by the brand Futera in the late '90s/early '00s.  I've never even seen one of these cards in person before, I'm fairly sure they were released overseas only.  A solid card featuring my favorite club for my ever-growing yet still relatively small soccer collection.

Joe, you've really outdone yourself with this one, I had a ton of fun combing through these and getting them sorted into their respective collections.  I'm going to do my best to get a return volley headed your way by the weekend...
Posted by shoeboxlegends at 2:32 PM

That Big Papi throwback is awesome!

COMC, Dime Boxes and dumb luck... That's where most of these cards came from. Earlier this summer I bought one of those "10 packs for $x" repacks, and that's where the Ortiz and Lester came from.

Glad you enjoyed them!