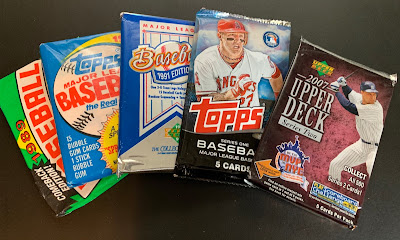 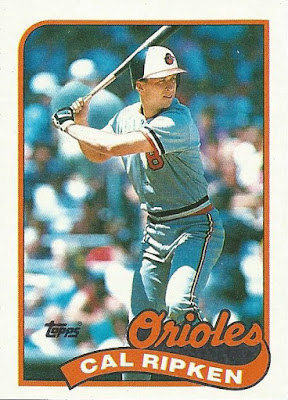 Even the lowly 1989 Topps pack resulted in a nice, new Cal Ripken.  Given that he was a childhood favorite, it's really inexcusable that I don't have the complete run of Cal's flagship Topps cards by now.  At least I'm one closer. 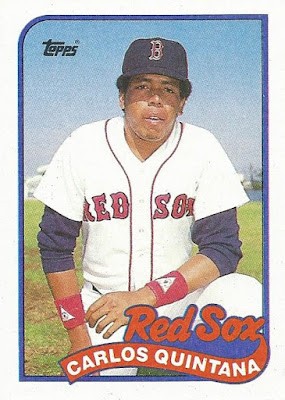 This Carlos Quintana spilled out of that pack as well, and it turns out it's a need for my Red Sox collection.  Can't beat that! 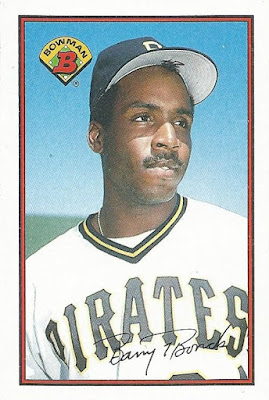 1989 Bowman is generally detested among collectors, due in part to its large size, and in part to its uninspiring photography.  There are some diamonds in the rough though, like this Barry Bonds card that I plan on keeping. 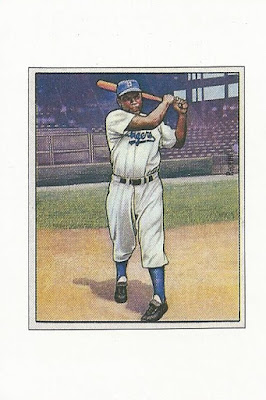 I also got this Jackie Robinson reprint.  I've got a thing for 1950 Bowman, and Jackie's card from that set is an absolute dream card of mine.  For now though, this reprint will have to do. 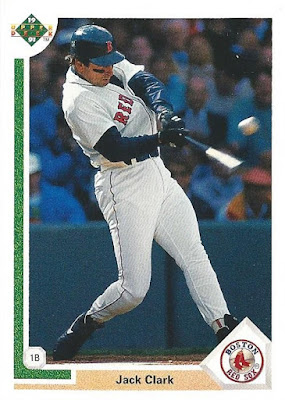 The 1991 Upper Deck pack lacked any real star power, but it did yield a new Red Sox card... 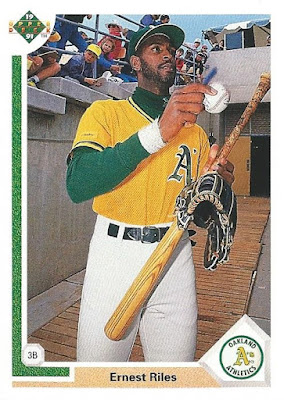 ...and some of the stellar photography that Upper Deck is known for. 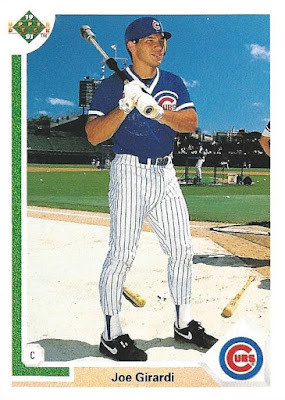 I don't plan to keep the Riles or the Girardi, in fact I think I already shipped them away, but included the scans here because even though they don't fit in my collection they're both really nice shots. 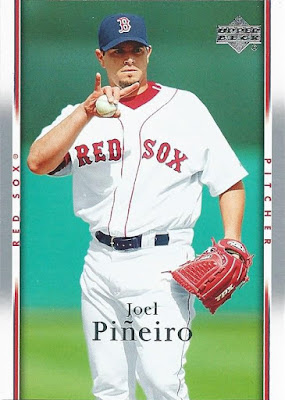 The 2007 Upper Deck pack resulted in a new Red Sox card also!  I really can't complain about the number of additions to my team collection that have come from this lot so far. 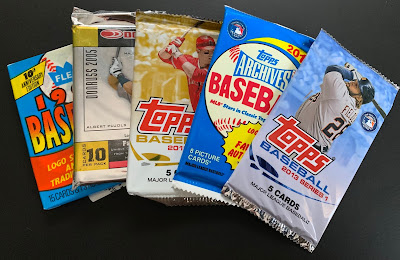 Next batch of five!  Once again I did better with the older stuff here.  The 2013 Topps Series 1 and 2, and 2012 Archives packs contained nothing at all that I plan on keeping. 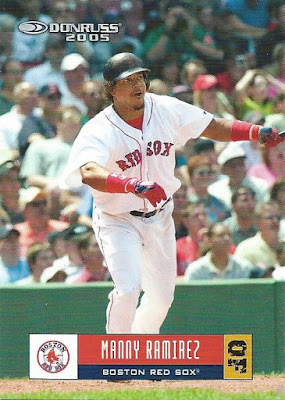 2005 Donruss had this Manny Ramirez inside though, yet another new Red Sox card. 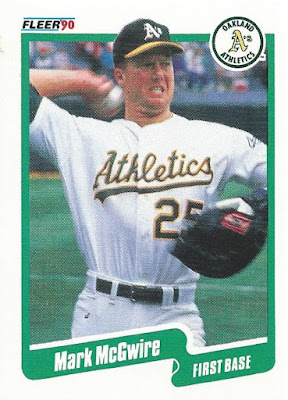 1990 Fleer had a couple of big names on each side of the ball, with power-hitter Mark McGwire... 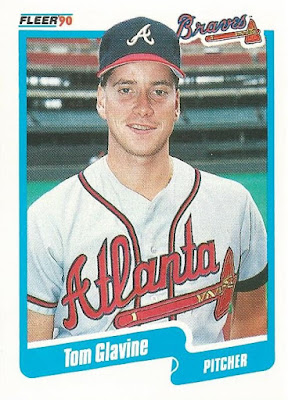 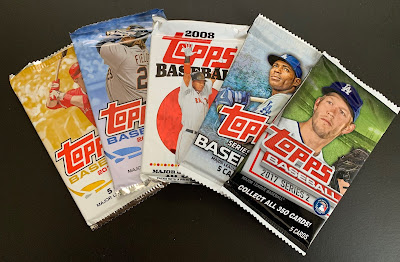 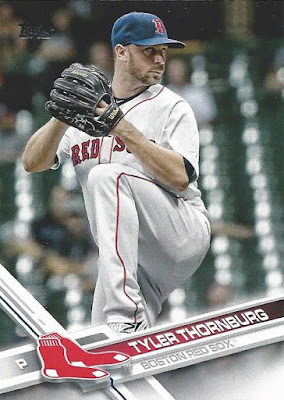 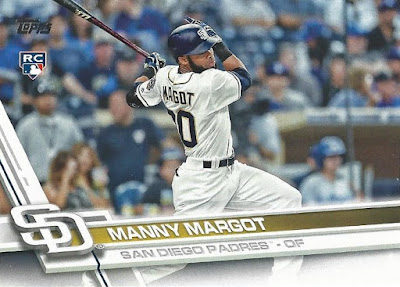 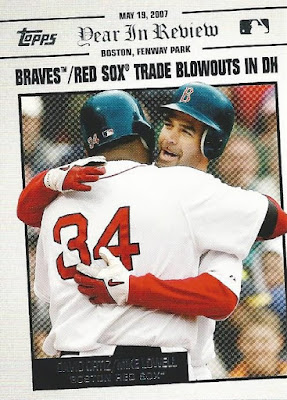 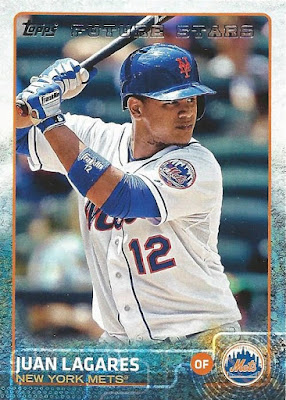 I've nearly completed the 2015 Topps set at this point, so I was psyched to score one of the few remaining cards I was missing with this Juan Lagares Future Stars. 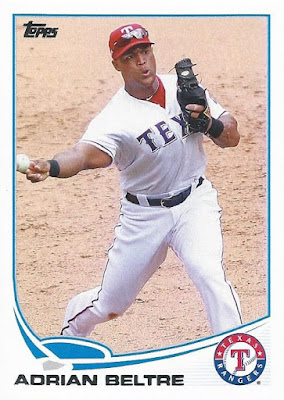 Even 2013 Topps resulted in something at least interesting this time around, with surefire future HOFer Adrian Beltre. 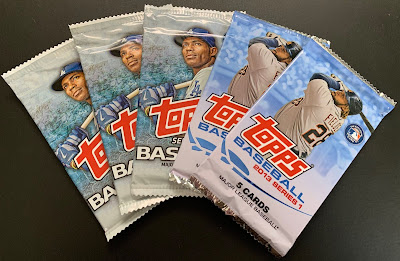 Final five packs, three 2015 Topps and two 2013 Topps.  Guess what happened here?  Yup, I got skunked.  Not a single card I plan on keeping out of any of these five packs.

81 packs into the lot now, and I've decided to keep 64 cards in my collection at this point.  That means I've payed about 62 cents per card I've kept so far, but I still have nearly 20 packs to go and that doesn't factor in the enjoyment of ripping all this wax either (or the tremendous amount of cards I was able to ship to others).

I'll probably try to put this lot to rest with one more installment soon.  Thanks for stopping by!
Posted by shoeboxlegends at 9:45 AM

You're a trooper for going through all of these random oldn packs. How do you store your incomplete sets? Keep them in a binder, or keep them in a box and move them to a binder when the set gets closer to completion?

Gotta say, this has been more interesting than I'd expected... then again, I expected you to get 60 packs of Panini Triple Play (as I've probably already said in a prior comment)