One Year Ago Today...Pearl Jam Fenway 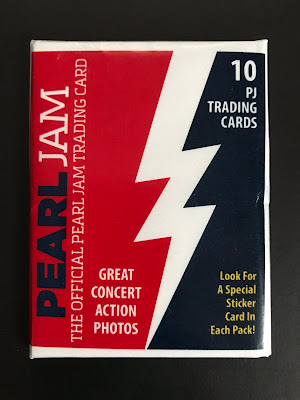 One year ago today, Pearl Jam played the second of two shows at Fenway Park in Boston.  Just like they did on their 2016 tour, the band produced a small set of trading cards to commemorate the shows.  I opened a pack last year on the day after the concert, and the one-year anniversary of the show seems like an opportune time to show the other that's been sitting and waiting to see the light of day. 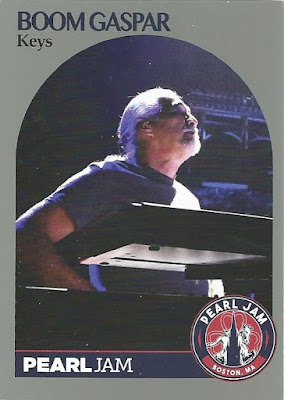 These were obviously inspired by the 1990-91 Hoops basketball set, as I'm sure any basketball card collector would notice immediately.  Leading off the pack is keyboardist Boom Gaspar, the most recent member to join the band (albeit well over 15 years ago now). 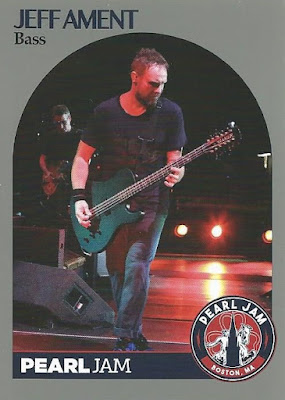 Bass player Jeff Ament is next... 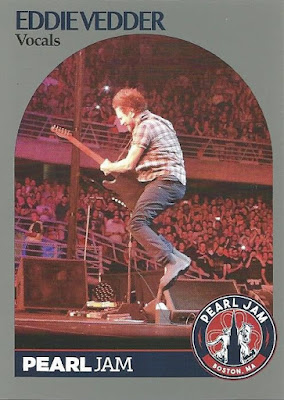 ...followed by a great Eddie Vedder card.  Love the photo here, capturing the enigmatic front-man in mid-leap.  There's only so much you can do with a set of band cards, but I appreciate the effort that went into these. 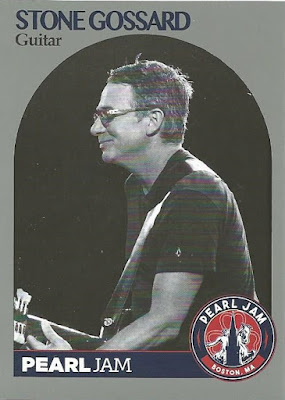 We get a black and white photo on rhythm guitarist Stone Gossard's card here. 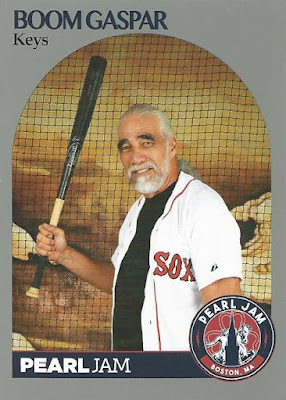 While most of the photographs feature moments captured while playing a show, each member of the band did don a Red Sox jersey for a photo shoot used for the set as well. 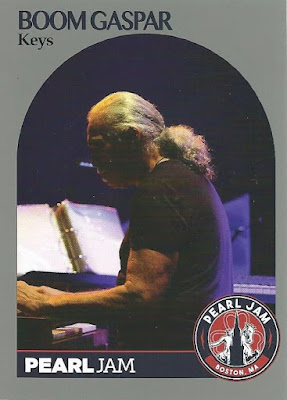 Yeah, this was a "Boom-heavy" pack for sure. 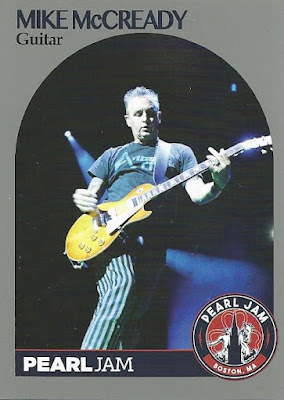 Here we are, finally pulled a card of lead guitarist Mike McCready.  Arguably the best photograph/cropping of any card in the pack, too. 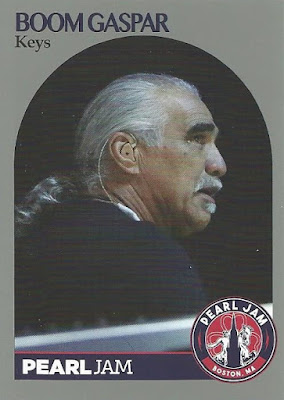 I swear this is the final Boom Gaspar. 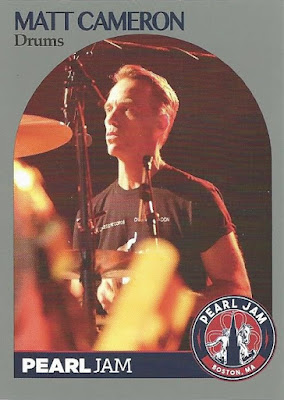 I managed to pull at least one card of every band member at least, as longtime Pearl Jam (and Soundgarden!) drummer Matt Cameron completes the group. 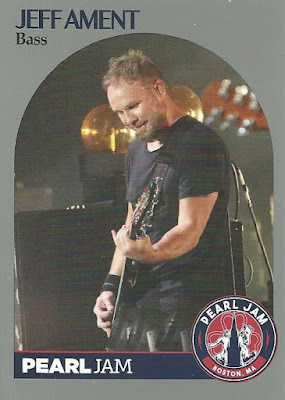 The final base card is a second Jeff Ament... 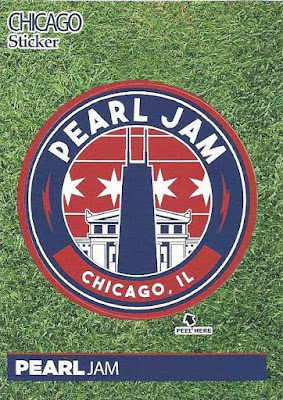 ...and we close things out with the one-per-pack sticker insert.  I believe there were three stickers released, one for each city where Pearl Jam played a ballpark on the 2018 Tour (Seattle, Chicago and Boston).  I like the stickers from the 2016 set, which feature band members, a bit more, but it's all about the base cards for me anyway with these packs.

That's all for today, just a fun walk down memory lane from an event that I attended a year ago to the day.  Pearl Jam hasn't actually played another show since, though I've heard recent rumors that they are further along in work on a new album than anticipated, and may be touring again in 2020.

Thanks for stopping by!
Posted by shoeboxlegends at 12:11 PM

The idea of using an existing sports card template is interesting. Kind of makes me want to use some hockey designs for some customs of my favorite bands now.

Great stuff! I think I've decided that I really need to see Pearl Jam live at least once.. so next time they make it up to Portland, I'm tentatively planning to pony up for tix.

Also along the lines of these cards, I'm starting a new Music Cards blog where I'll be whipping up a lot of custom of bands. I'm really excited to get it going.

Love me some Pearl Jam. Not sure if I could stay awake long enough to attend a concert though. Lol. I'm getting old.

I think the pack was trying to get you to say "Boom!" when you unveiled one of Gaspar's cards. Good thing that Pearl Jam doesn't have anyone named "Mojo".

I'm pretty sure I said the same thing last year, but... I'm not a Pearl Jam fan but I love the fact that they do these, and that the cards are done much better than one would expect.