OK, time for the second post from the 1990 Topps set, this one covering cards 100 - 199. This second installment is really hurting when it comes to star power. If my count is correct, there is only a single Hall of Famer in these 100 cards (Andre Dawson, who I did not include in this post). Nonetheless, there are still some personal favorites: 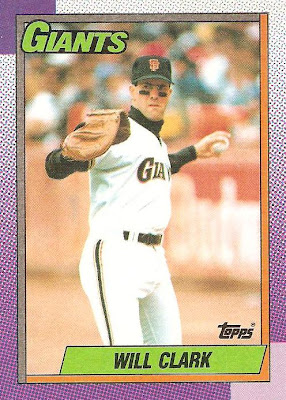 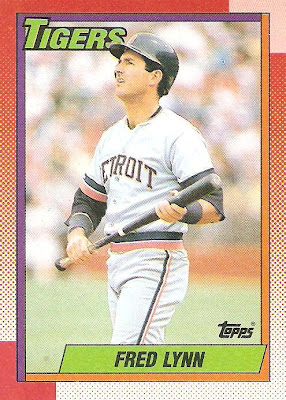 #107 - Fred Lynn - Detroit Tigers - If this were an O-Pee-Chee card it would read "now with Padres", as Fred signed with them as a free agent for the 1990 season. It would be his last. 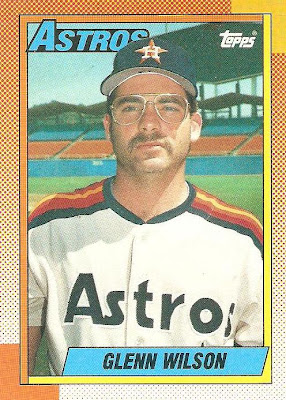 #112 - Glenn Wilson - I know this is an odd choice but I think this card is great. The orange border really works here, and I love how your eye is drawn to the similarity between the stripes on Wilson's shoulders and the multi-colored seats in the background. The glasses don't hurt either. 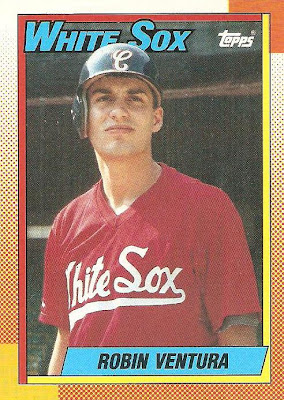 #121 - Robin Ventura - This is Ventura's second base Topps card, and the first featuring him in a White Sox uniform. I've always liked this one. 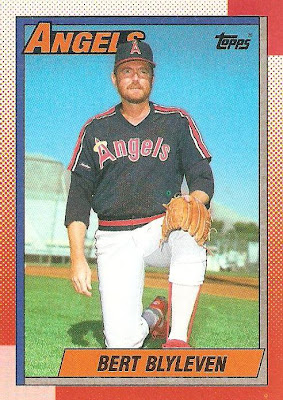 #130 - Bert Blyleven - I'm generally not a fan of posed shots (unless they are on a 50's card and feature pre-game warmup action in the background). I think this one actually works pretty well though... 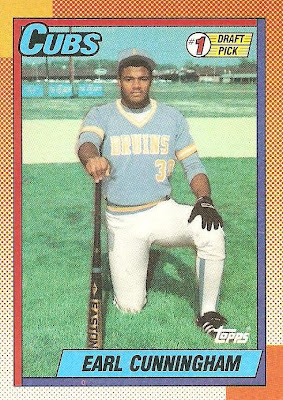 #134 - Earl Cunningham - #1 Draft Pick - Not the type of Bruins card I usually feature on the blog. Earl is another player who gets a card in this set yet never had a single MLB at bat in his career. 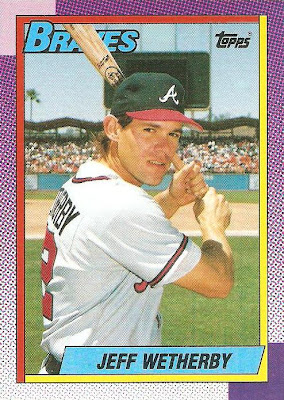 #142 - Jeff Wetherby - The border is ugly as sin here, but I just like the nice sunny day in the background. There's nothing better than baseball on a day like that. 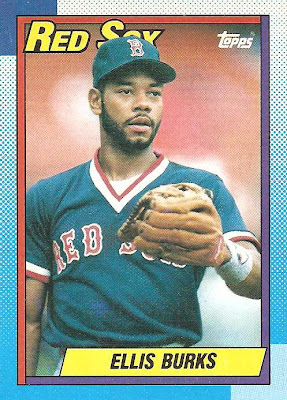 #155 - Ellis Burks - Burks' stolen base numbers dropped in 1990, it was the first time in 4 seasons with the Red Sox that he failed to steal 20. He had a great season offensively though. 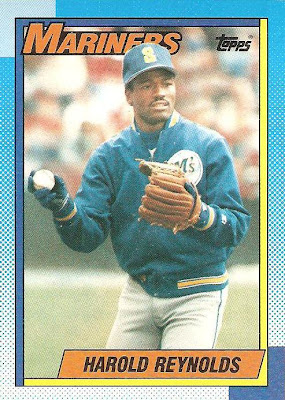 #161 - Harold Reynolds - Long before his "hugging" days at ESPN. I actually really like Harold as part of a telecast, I used to watch him all the time on Baseball Tonight. 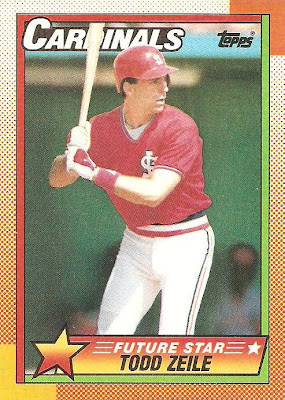 #162 - Todd Zeile - Future Star - As a kid I thought every player that had a Future Star card in the set was the next big thing. Todd did stick around for 15 years or so. He hit a homer in his final at bat, which was also the last home run ever hit against the Montreal Expos. 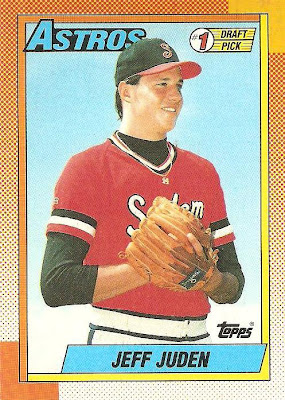 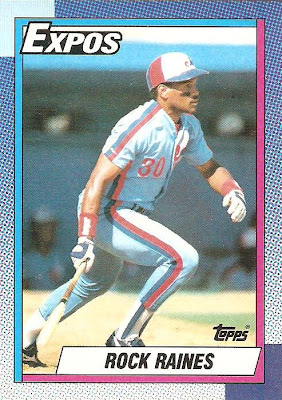 #180 - Tim "Rock" Raines - One of the greatest speed threats of his time. I think Rock saw some increased support for his induction to the Hall of Fame last year, but still came up significantly short. If you can believe Wikipedia then I think he got about a 30% vote. 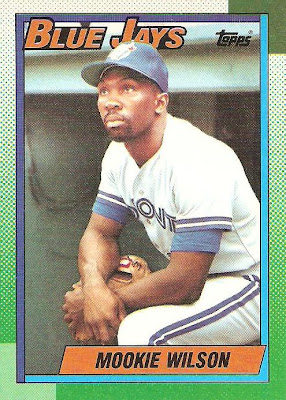 #182 - Mookie Wilson - Another portrait shot that I like for some reason... 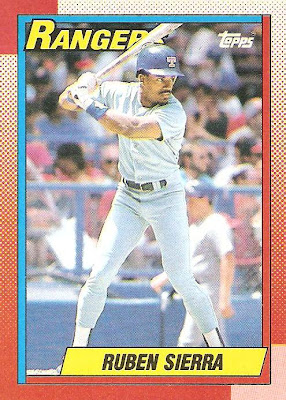 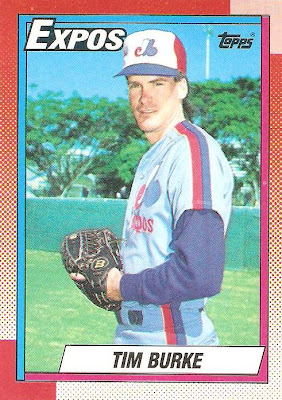 #195 - Tim Burke - I don't know what it is with Expos players and mullets in 1990, but like teammate Zane Smith in my first '90 Topps post, Tim is proudly sporting one here.

Coming up later this week, cards 200 - 299. Quite a few more recognizable players to come in that batch.

Posted by shoeboxlegends at 9:30 AM

I loved Jeff Juden's years with the Brewers. I really thought he'd do something great, but he was mostly just tolerable.

I have fond memories of this set. It was the 4th that I collected to completion (to the best of my recollection).

Isn't the Will Clark shot sweet? I love to see a nice shot of a first baseman's mitt. I feel like Will has some of the best card shots from year to year. I'll need to go back through to make sure I'm not making that up. For whatever reason I feel like his '87 RC is iconic. But I'm a full fledged Will-lover.

I remember the Cunningham card. I always thought he looked pudgy, now know there was a new pudge on the way.

The Weatherby card looks greater great with that background.