I'm so behind on thanking people for the wonderful cards they've sent me, mostly thanks to two considerably large packages that arrived these past few weeks.

Since getting through large volumes like these two packages is what often delays me, I figured I'll break them up into a series of smaller posts in the interest of making at least some headway here.  Along those lines, here are ten random Red Sox cards I got a while back from my now longtime hobby friend Joe Shlabotnik! 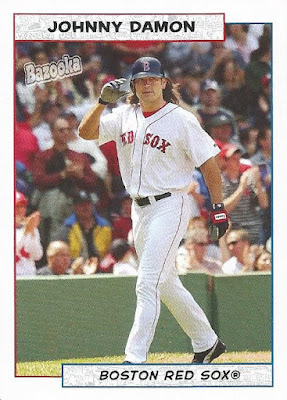 Because the new Blogger is awful, these ten cards are once again in the reverse order that I scanned them for this post.  Not the end of the world here, but this is really going to put a crimp in the way I process certain posts, including my Buyback Franken-set posts. 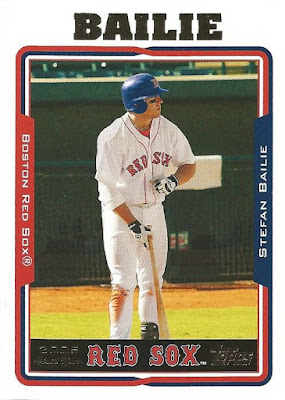 If you're a Red Sox fan and the name Stefan Bailie doesn't ring a bell, don't be too hard on yourself.  He topped out at AA about 15 years ago. 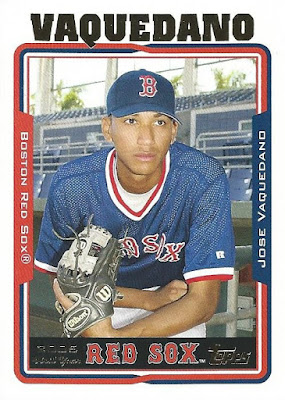 I certainly recognize this Jose Vaquedano card, but it must be because I have a Chrome version or some parallel, because this base card is new to my collection according to TCDB.com. 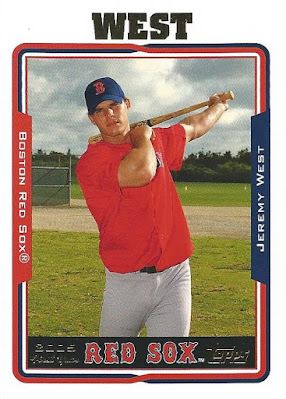 Rounding out the trio of prospects, Jeremy West.  Again, never made the show to my knowledge. 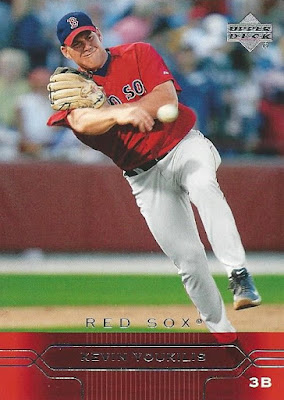 How about some more familiar players?  Great action photograph on this early-career Kevin Youkilis.  Not really a fan of this particular uniform/hat combo I have to say. 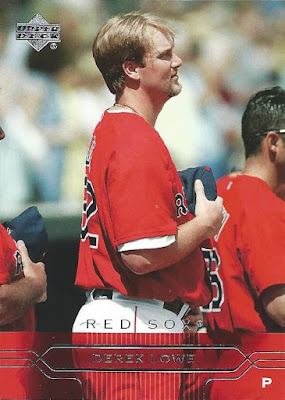 Really nice photograph on this Derek Lowe.  I miss Upper Deck baseball cards (and Topps hockey cards, for that matter!). 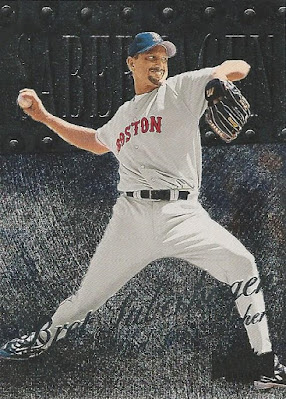 Metal Universe!  Saberhagen was certainly in the twilight of his career when this set was issued, but this is a great card (even if it scanned terribly). 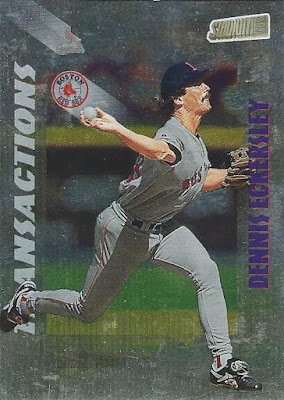 An interesting foil Stadium Club card here.  The design is a little busy for my liking, but what a great shot of Eck's signature delivery.  A couple of fantastic pitchers there who are not typically associated with Boston. 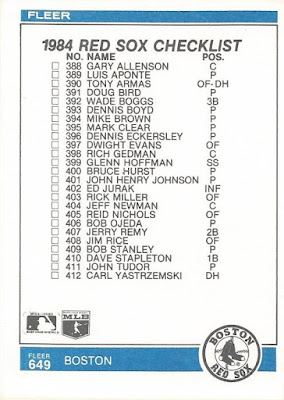 Joe hooked me up with a need for my 1984 Fleer team set, in the form of this checklist.  This is actually the back of the card, as you can see the card number in the lower left corner there. 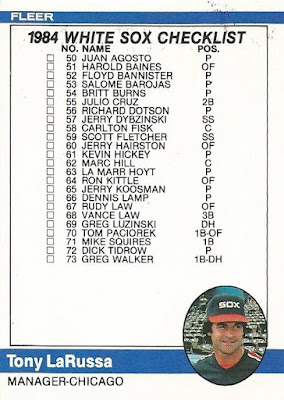 Here's the front, occupied by the White Sox and the great Tony LaRussa. 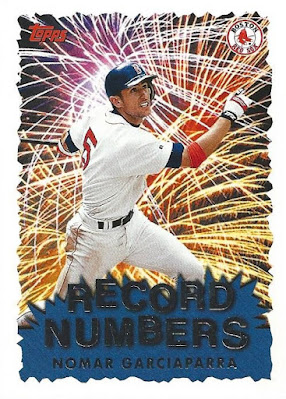 We'll close it out with my newest Nomar, a Record Numbers Topps card featuring a whole lot of fireworks.  This is the 132nd Nomar Garciaparra card in my catalogued collection, though I certainly have more to catalog.

Some solid new additions there, thanks Joe!  As I said, this is just a small portion of the Red Sox that were found in this package, so I'll be back soon with more.  Hope everyone is enjoying the fall, and staying safe!

Posted by shoeboxlegends at 8:30 PM

Great stuff from "Joe"! I love the 2005 Bazooka design. I opened so many packs of those when I was first getting back into baseball cards.

Voting for the Nomar.

I'm always happy to be able to knock a couple of items off of your TCDB wants!

That Bazooka is a cool set... and I miss Upper Deck baseball cards too.

I've had my pictures load backwards a few times as well. I have found though that if I load just one picture, then write a single word under it, I can then fill up the add pictures cart with everything else for the post, and they'll all load in their proper order. I should probably add too that I'm adding pictures from my computer, so if you're doing so from somewhere else this may or may not work for you.