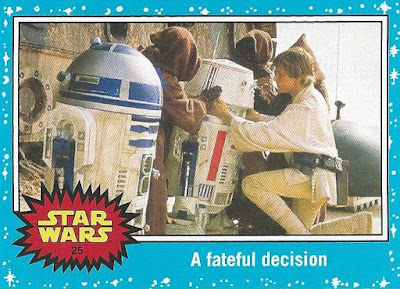 I received a nice surprise package last week from Greg, aka Night Owl, who was hitting me back for a couple of buybacks and some other cards I sent his way.  He managed to send me something that I don't receive all that often but appreciate for sure; Star Wars cards! 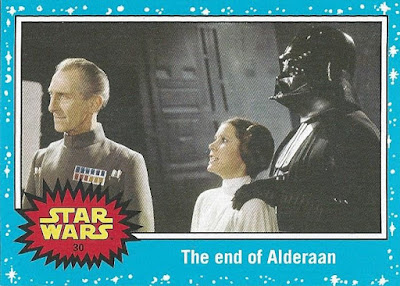 Greg must have seen me mention at some point that I'm a fan of the movie franchise and have been since I was a kid. 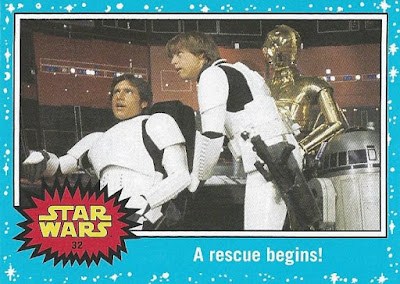 In this package I found ten of these cards from the 2015 Topps "Journey to The Force Awakens" set. 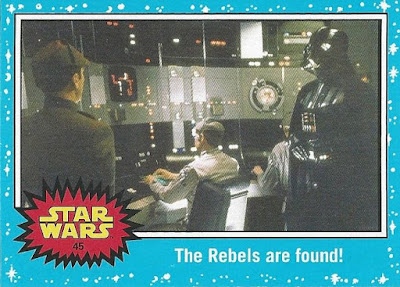 I purchased a few packs of this when it was released and have about half of the 110-card set already. 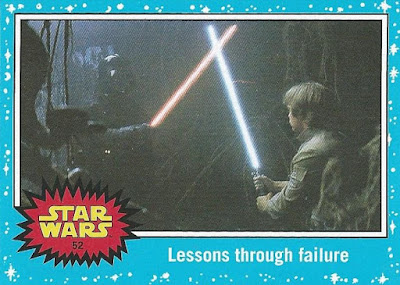 Amazingly, Night Owl went ten for ten in terms of new cards for my collection with the batch he sent.  I'm still reorganizing my collection after the great Zistle fall-out, but I think it's time for me to get a want list up for this one soon. 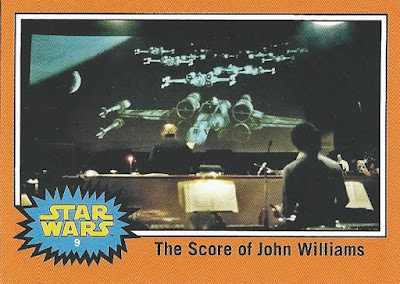 There was also one "Behind the Scenes" insert in Greg's package, which I also needed.  Score!  Okay, that was a terrible pun. 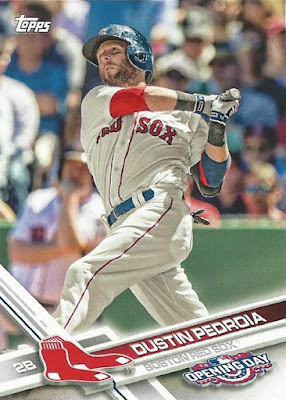 Of course there were some baseball cards included as well.  Since I've been staying strong on avoiding retail purchases, this Dustin Pedroia is actually my first base card from this year's Opening Day release. 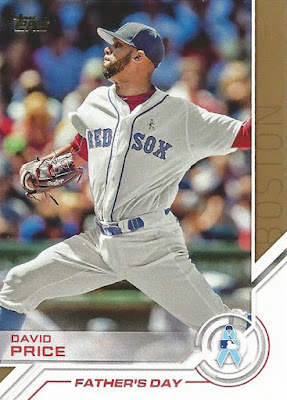 Here's another new card, a Topps Salutes Father's Day insert of David Price, who has yet to throw a pitch this season but may be nearing action soon if you believe the headlines. 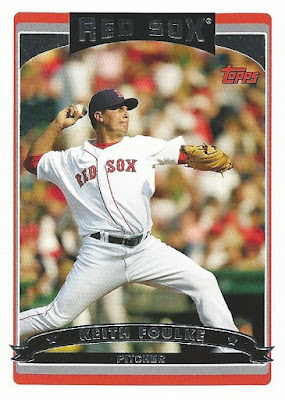 I also received a couple of Sox from the 2006 Topps flagship release.  This is a nice enough design, but I wish Topps would have laid off the foil just a bit here. 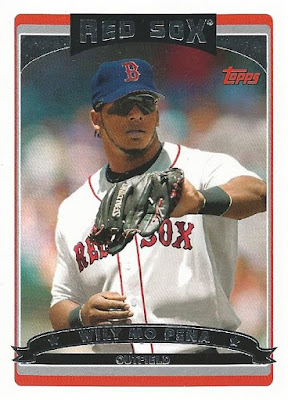 I always enjoy cards from 2006 though, since I didn't get back into collecting until 2007 these are a bit foreign to me. 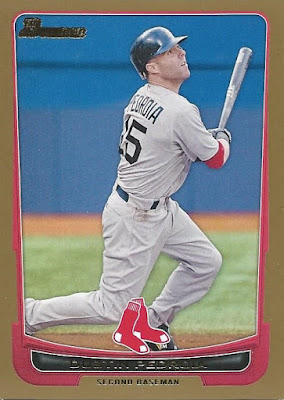 The Opening Day card wasn't the only Pedroia that Greg sent my way, as I received this Gold parallel from 2012 Bowman as well. 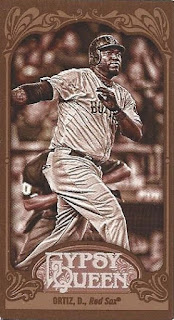 This one made me smile, probably my favorite card of the package.  I enjoy mini cards, and the sepia parallels really work well with a vintage-inspired design like Gypsy Queen.  This one, from the 2012 release, is serial-numbered to /99 too!  A nice card of arguably the most clutch hitter in franchise history right there. 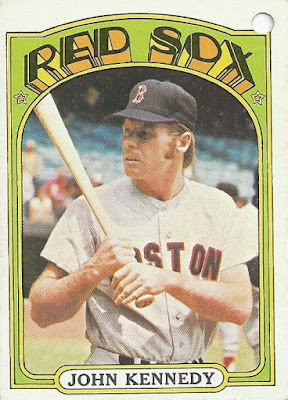 Love this '72 John Kennedy as well.  I've nearly purchased this one on COMC many times but never actually pulled the trigger.  This one has a hole punched in it, but I certainly don't mind it as a placeholder until the day comes when I can acquire another.  This is a relatively high-numbered card too, in fact it's the highest numbered Red Sox card that I have from this release. 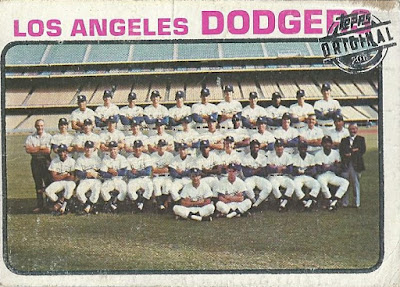 The last card I received from Night Owl is a buyback, and it's very appropriate for my franken-set project.  Funny to receive a 1973 Topps Dodgers buyback from a Dodgers collector/blogger who just recently announced that he's going after the '73 Topps set.

I was happy to see this card included as I love all buybacks, but when I flipped it over and saw that it was card #91 I was thrilled.  I knew without even looking that this was the final card I needed to complete page 11 of the franken-set. 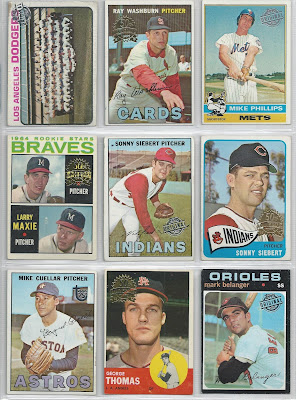 This is the second page in the franken-set binder to reach completed status.  A whole lot of '60s here with 2/3 of the cards coming from that particular decade.  I'll have to do something about the back-to-back Sonny Siebert cards at some point, but that's the fun of the franken-set, knowing that no completed page is ever set in stone.

Greg, thanks for the thoughtful package!  I'll be sure to hit you back with some more '75 buybacks soon!

Very happy to complete a page.