A three card buyback post is all time will allow for to start the week here.  Let's take a look at a trio of Heritage box-topper buybacks, my favorite type... 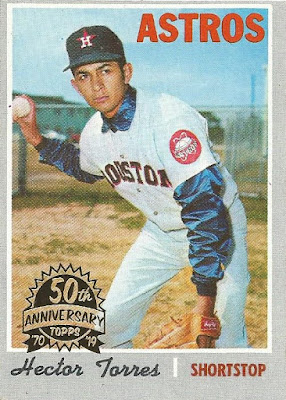 This Hector Torres is my first 2019 Topps Heritage buyback, featuring the 1970 Topps originals.  I grabbed this off of COMC because I find the jacket-under-jersey concept comical, and because it was cheap at 85 cents.  Standing in its way as far as the franken-set binder goes though is an older Heritage buyback... 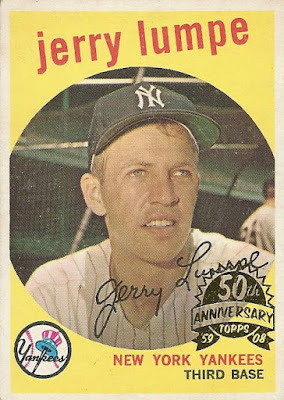 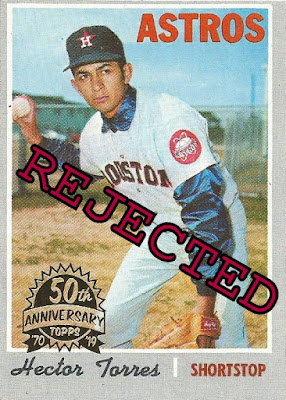 ...I just don't think this one can supplant the Lumpe. 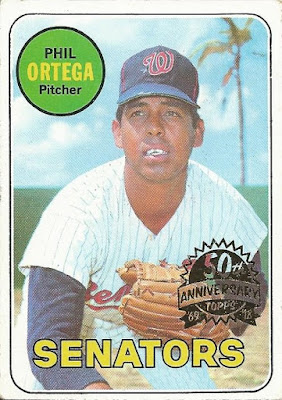 Next up, Phil Ortega courtesy of 1969 Topps.  Between the palm tree and the "sandy" feel to the ground behind Phil, this photo almost has a tropical feel to it.  I gravitated towards this one on COMC because, like the Torres above it was only 85 cents.  Besides, I love cards featuring teams that no longer exist. 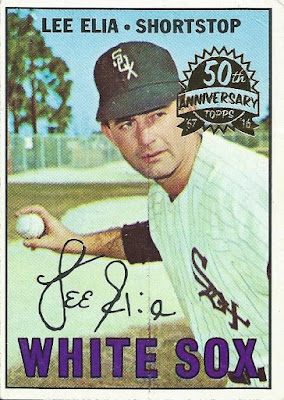 This one's also blocked when it comes to franken-set induction though, as Lee Elia's 1967 card is already in slot 406, also in Topps Heritage buyback format.  These are actually pretty similar cards when you get down to it. 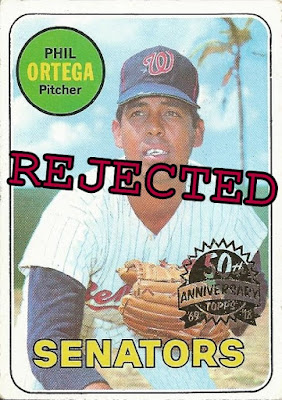 In the end I decided to leave Lee Elia where he was. 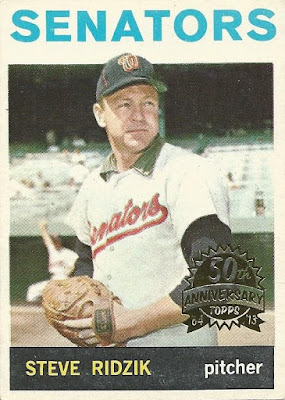 Rounding out today's trio is another Senators buyback, featuring pitcher Steve Ridzik's 1964 Topps release.  In my experience, Heritage buybacks from this particular year haven't been quite as easy to come by.  Even as I close in on 1,400 total buybacks now, I have less than ten 2013 Topps Heritage 1964 Topps buybacks. 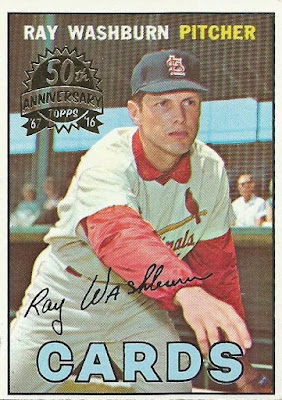 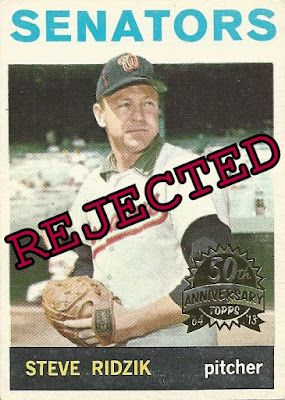 Hate to say it, but have to stick with the Washburn.

Today's contestants may have gone 0-for-3, but I'm never disappointed to add any new Heritage buybacks to my collection, even if they end up in my box of franken-set rejects.

My next post in this series should see me crossing the 1,400 total buybacks mark.  That's a pretty insane number if you ask me, but there are still plenty more to come!

Is Elia playing baseball at a golf course? Looks like a bunker in the background.

Speaks to how strong your frankenset is if cards like those go oh-for-three!

(But I would've gone with Ortega myself)

Six excellent cards there. I wonder if you'll have enough buybacks to make a second franken-set one day.