Back on Columbus Day I managed to quickly hit a card show, the first time I've been fortunate enough to do so in years.  I showed off the first $20 worth of my haul a couple of weeks back, let's tackle another $20 worth tonight... 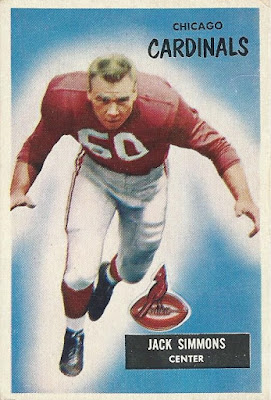 I spent about 20 minutes looking through one dealer's chest of vintage 5-for-$20 cards, before realizing that I could only find one or two cards that I was crazy about.  Instead, I saw that he had some vintage football available at $2 a pop. 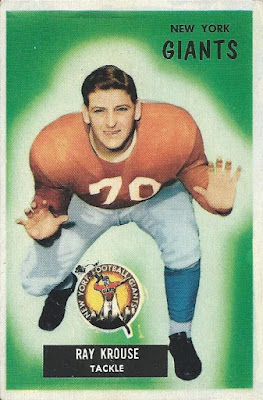 I started a small project this year of acquiring one new football card to represent each of the New England Patriots' sixteen games this season.  It's been all vintage so far as that project goes, and one of the sets that I discovered through the project and really like the look of is 1955 Bowman. 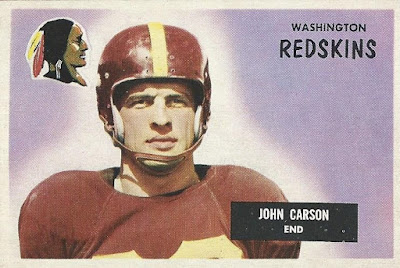 I'm a fan of the simplistic design, allowing the player and the great old-school logos to be the focus of the card.  I mean, just look at this helmet!  Pure gold. 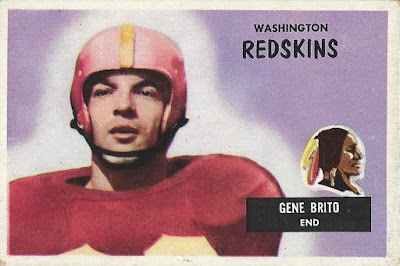 I picked up five of these in all, and this one was probably the best of the group.  I didn't realize when I purchased it that Gene Brito was the NFL Player of the Year in 1955!  Sadly, ALS claimed his life at just 39 years of age in 1965. 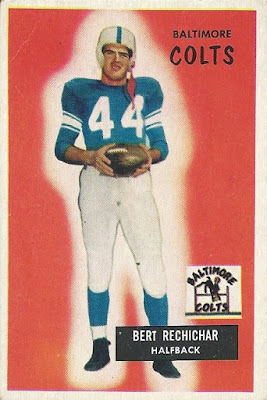 I still wouldn't call myself a football card collector by any means, but this is a fun little set to accumulate at just 160 cards deep.  I certainly have no regrets about laying claim to these five for an even $10 of my card show funds.

For the other half of tonight's "blaster" though, we'll return to more familiar territory for me with vintage baseball... 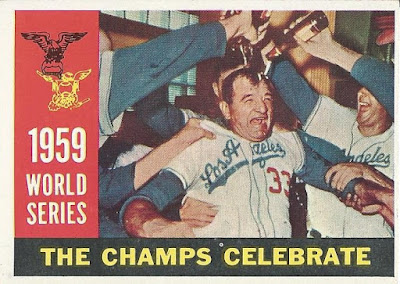 From the 1960 Topps set, I've long wanted a copy of this "The Champs Celebrate" card.  This has to be one of the absolute best photographs on any baseball card from the '60s, right?  I've seen quite a few cards that feature a Gatorade bath, but comparatively fewer that feature beer bottles.  $3 well spent here, even though I'm not actively collecting the 1960 set. 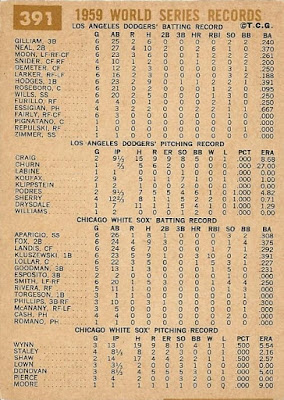 Also, in the days before the internet and baseball-reference.com, this back is just fantastic! 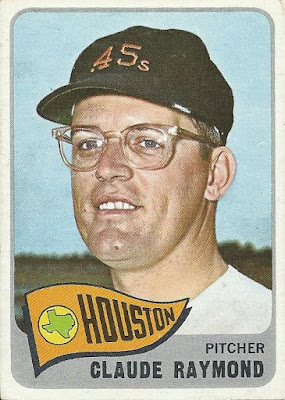 The final seven cards here came from the dollar boxes put out by the same dealer as the last card, also the same dealer who supplied all twenty dollar box cards from my post a couple of weeks back.  For starters, I couldn't leave this Claude Raymond behind because I appreciate any reference to the Colt .45s. 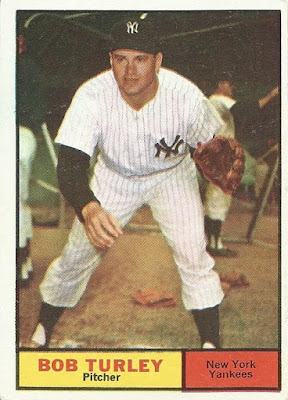 Grabbed a trio from the 1961 Topps set in Bullet Bob Turley... 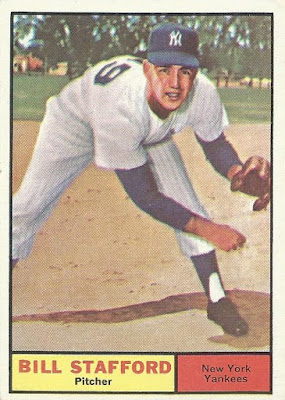 ...Bill Stafford, who I picked up solely because, as with a handful of other vintage Topps cards, he appears to be featured in cartoon format... 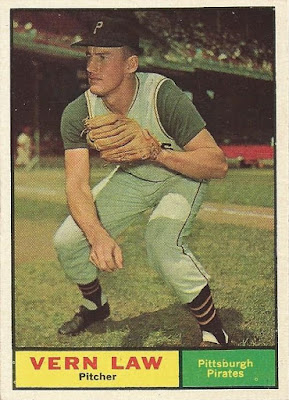 ...and my favorite photo of the three, Vern Law!  Love those stirrups! 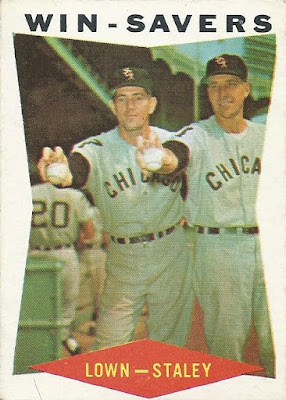 Here's another 1960, just because I'm helpless when it comes to the combo cards of the '50s and '60s flagship releases.  Surprised I didn't have this one already, but happy to fill the gap for a buck. 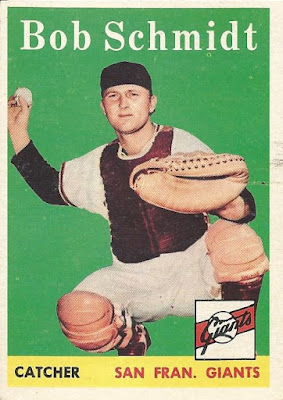 We'll close it out with a pair from my favorite decade to collect these past couple of years, the 1950s.  I have precious few '58s compared to the hundreds of '59s in my collection, so I'm happy to have had a chance to snag Bob Schmidt... 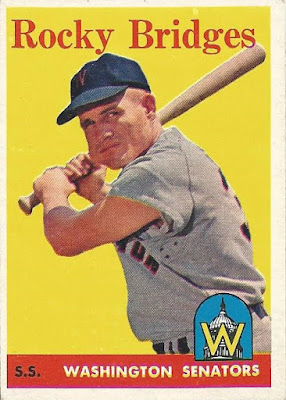 ...and Rocky Bridges, with his patented cheek full o' chaw.

So, there you have it, another Andrew Jackson spent at the card show!

Thanks as always for stopping by!
Posted by shoeboxlegends at 10:04 PM

Nice bunch of cards, for sure. I feel compelled to point out something about flannel uniforms that I hadn't known about until seeing some close-up at the 2012 National... You can see three "dots" underneath Rocky Bridges' arm; those are ventilation eyelets sewn into the jersey... I would guess that they're not often seen because they seem to be more or less in the armpit area... or maybe they're an uncommon "innovation", I'm not sure.

Love the 1955 Bowmans. I'm passively working on that set.

I've often wondered about the "cartooned" '61 Topps cards, and why they didn't just use pictures for those like all the others in the set. One of the quirks of vintage Topps, I suppose.

The image on that first card made me think of a movie preview voice saying something like, "Jack Simmons is running collectors down. . . in their nightmares!"

I always enjoy seeing vintage baseball on the blogs, but it's nice to see other sports too. Great finds!

That Rocky Bridges with a cheek full o' chaw is sweet! Lots of oldies but goodies with this round of $20.