Yesterday we looked at a random grouping of hockey cards I've recently added to my collection.  Today, let's do the same thing on the baseball side of the house... 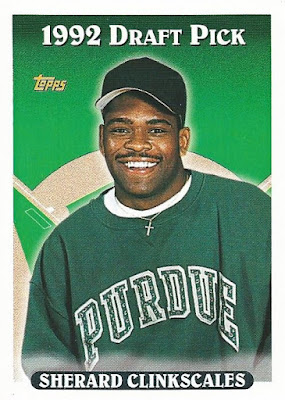 I've had a cello box of 1993 Topps Series 2 kicking around for almost a year now.  Finally got tired of it taking up space this past week while cleaning and condensing in my office/card room.  So I sent a few packs unopened to Thorzul in my box for his annual "Trade Me Anything" promotion (now at Death Star Cards).  A few of the others I cracked open, put the majority of the cards in my next outgoing flat rate box for Billy at Cardboard History, and held onto just a handful for myself.

I couldn't part with Sherard Clinkscales here, one of the better names in my baseball collection for sure. 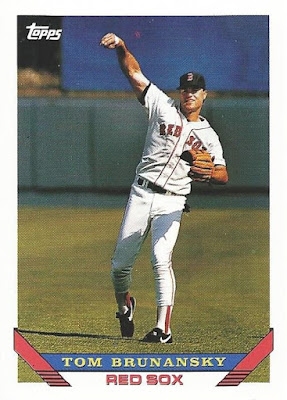 Other than that I landed a couple of new Red Sox cards with Tom Brunansky... 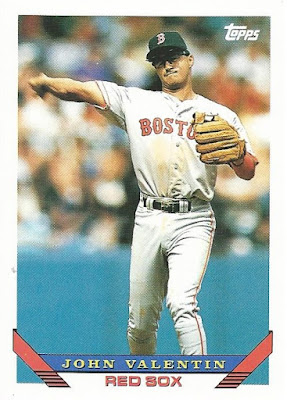 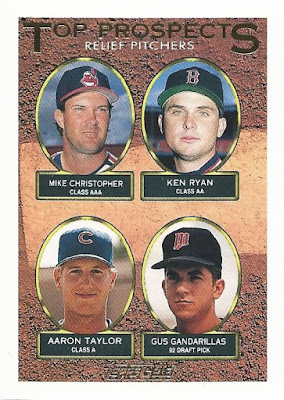 Also hung onto this one Gold parallel, since it includes Red Sox pitcher Ken Ryan. 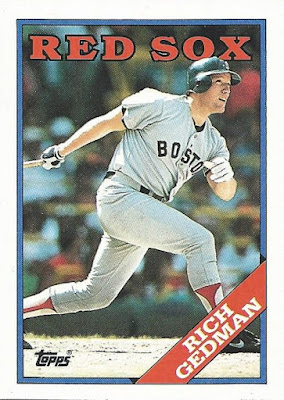 I broke apart a 1988 Topps rack pack box that I've had around for probably five years or more in the same way this past week.  I had better success with cards I wanted to keep from these packs though, and I've got ten of them to show here today beginning with another Red Sox need, Rich Gedman. 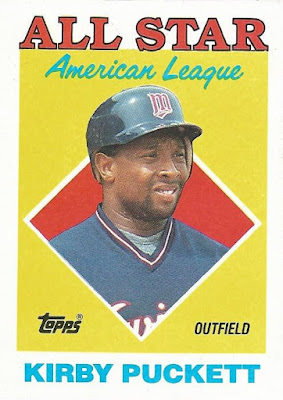 Kirby Puckett is one of those guys who, while I don't actively collect him, I have a hard time turning away cards of when I do encounter them. 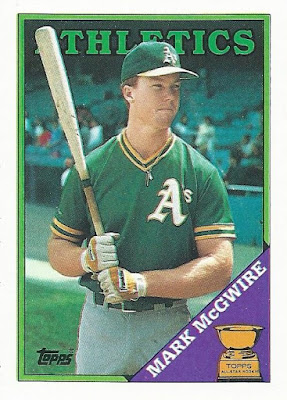 I know his image has been tarnished in the years since, but in the late '80s/early '90s this was a big card as I recall it.  Worth hanging onto for the nostalgia factor alone.  I'd love to land this card in buyback format for my franken-set someday. 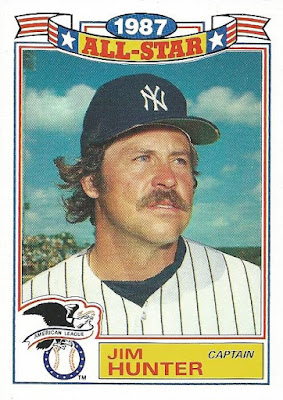 Since my box was a rack pack box, each pack came with one of these Glossy All-Stars inserts. 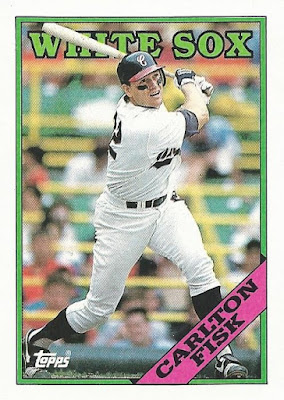 A nice example on Carlton Fisk's card of how Topps allowed the photograph to overlap the team name with the '88 design. 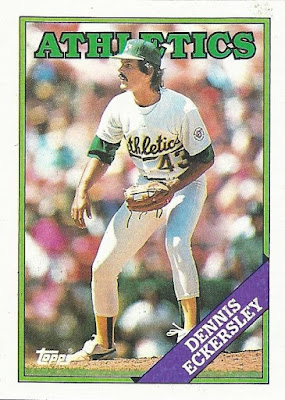 Just this past weekend I landed probably the single greatest Dennis Eckersley card I could ever imagine finding for my personal collection!  Just a teaser there until I can get the card featured in the coming weeks. 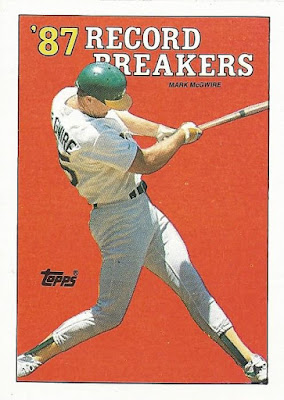 Yep, McGwire was the man in this era. 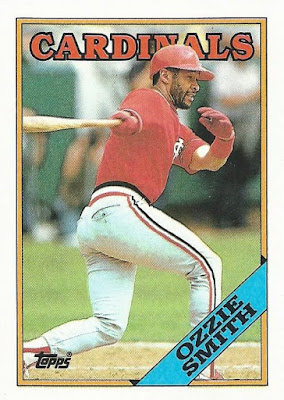 Ozzie Smith is another of those players in the same bucket as Kirby Puckett.  Always pleased to land a new card of The Wizard! 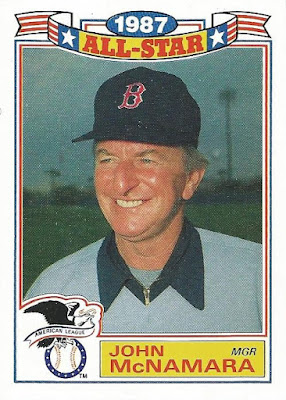 The only other Glossy All-Star I've hung onto so far. 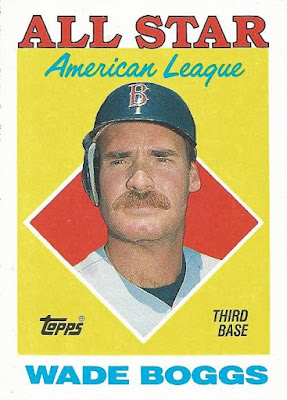 New Boggs card from the '80s, new Red Sox card.  Great win for my collection there.

Unlike the '93 Topps packs, I still have maybe half a dozen of these rack packs left that I tucked away for a rainy day, so maybe I'll do another '88 appreciation post when I get around to cracking those open someday.

Meanwhile, here are a few random baseball cards scrounged up from quarter boxes... 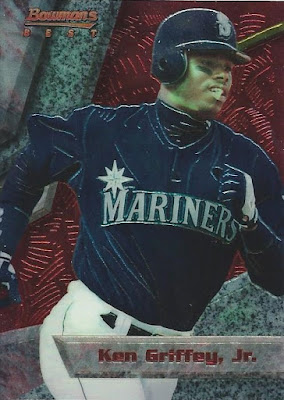 Loved this Bowman's Best release, couldn't add this Griffey to my stack fast enough.  Speaking of which... 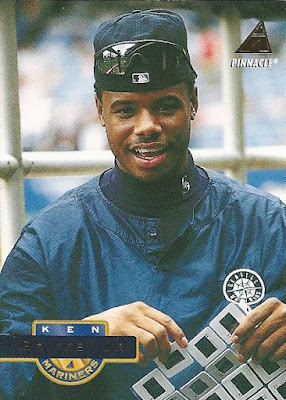 ...another great shot of The Kid for a quarter.  Honestly, there are few Griffey cards I won't purchase for just 25 cents.  I'd be pumped if I could bring home the Museum Collection parallel of this card someday. 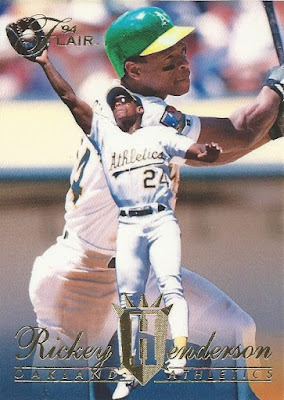 I've completed the 1993 Flair baseball set, but have precious few cards from the 1994 release.  Rickey here was a nice way to change that in some small way. 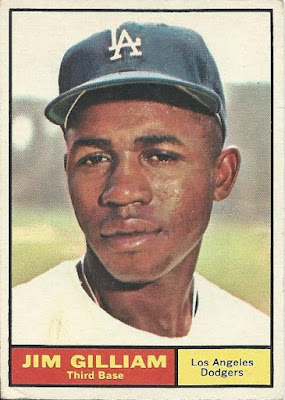 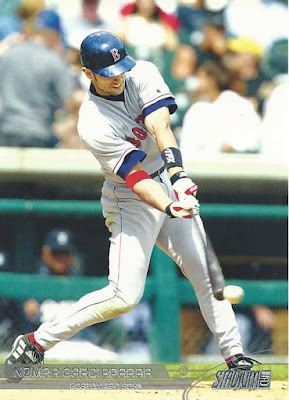 I've got more than a hundred unique Nomar cards in my cataloged collection so far, with many more still to be processed.  He's currently a top five player on the baseball side as far as most cards in the collection. We'll close it out here with a nice shiny Jacoby Ellsbury, courtesy of that multi-set "Bowman is Back" insert promotion from a few years back.  I adore these obnoxiously shiny pieces of cardboard, and this one completes my Red Sox team set, at least from the portion of these that came in the standard Bowman set.

With these cards cataloged I'm now sitting at 4,452 Red Sox cards and counting, good for the 36th largest Sox collection on The Trading Card Database.

I'll be back with more great cardboard later this week, until then thanks as always for stopping by!
Posted by shoeboxlegends at 2:45 PM

That '88 Topps McGwire was one of my favorite cards as a kid. Not so much these days, but the image on that card is forever frozen in my memory, whether I like it or not.

That 1994 Flair Rickey is a sweet card! As for the 88T McGwire... I remember having one of those 25ct. snap cases half filled with that card. Thought I was going to pay with college with those card lots I built in the late 80's.