Today's trade post is yet another example of the generosity that exists in this hobby of ours.  A while ago, my buddy Brian from Highly Subjective and Completely Arbitrary noticed that I mentioned I was pursuing a beat up '59 Topps set.  He said he'd consult his doubles box to see if he had anything I needed.  Just a couple of weeks later, I found a PWE in my  mailbox with the goods! 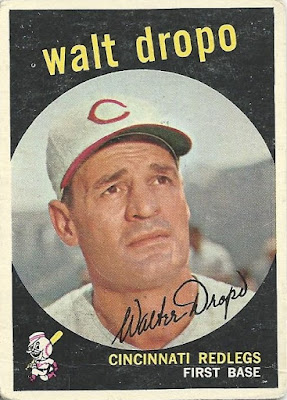 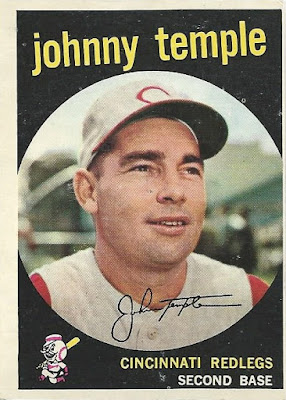 ...and second baseman Johnny Temple from the Reds.  Love the old Redlegs logo, just awesome.  These are in comparable shape to the other cards in my set so far as well, which is nice. 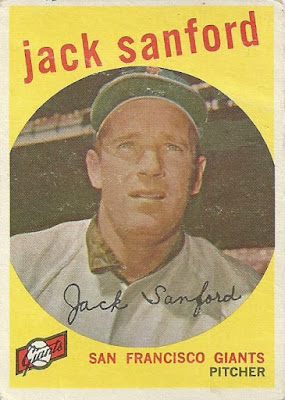 Next up is a somewhat terrified looking Jack Sanford.  I had no idea this guy was from Massachusetts, and I'm even more ashamed to admit that I also had no idea he was an NL Rookie of the Year just a couple of years before this card was printed up! 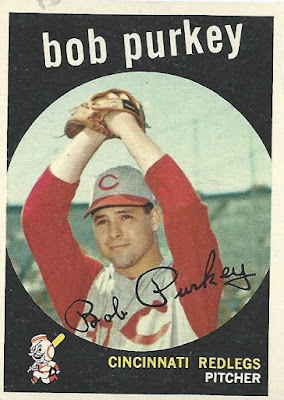 The last of the '59s is another Cincinnati Redleg, pitcher Bob Purkey.  This one is significant in that, at card #506, it's the highest numbered card in my current set.  Very cool! 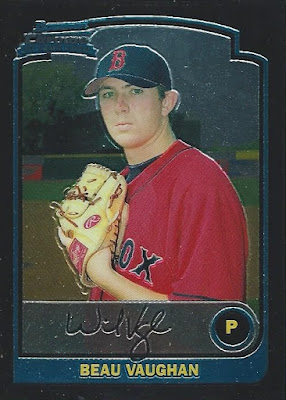 Of course, being the nice guy that he is, Brian threw in some Sox to go with the vintage cards.  Here's a chrome card of Beau Vaughan, rhyme brother of better-known Sox star Mo Vaughn. 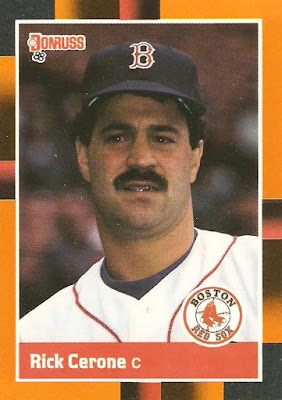 One that would be more appropriate to post in a week or two, once the calendar roles over into October. 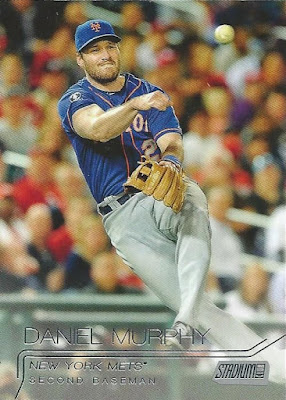 I even got another new card towards my 2015 Stadium Club set.  I think I'm down to less than 50 cards to knock this one out now... 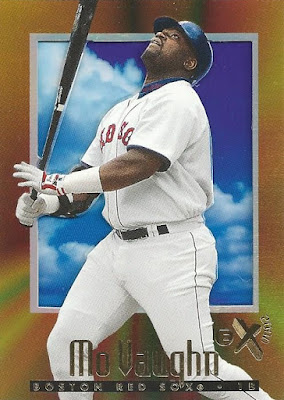 I had never seen this set 1997 EX-2000 set before.  The cloudy part of the background is actually acetate, and it gives the cards a really high end feel.  I imagine collectors in 1997 went crazy for this set. 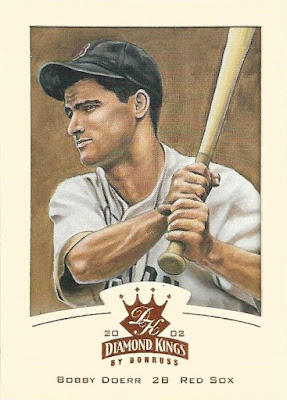 Took me a while to identify this one, but I believe it's a "bronze foil" parallel of Doerr's 2002 Diamond Kings card.  This one will nicely compliment the sample version of this card I got in a trade earlier this year. 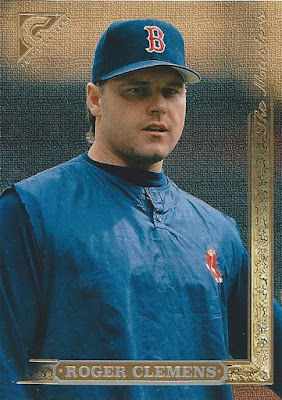 Rounding out the envelope is a Topps Gallery Clemens.  This is from the inaugural 1996 set.  Hard to believe, but I'm at well over 100 unique Clemens Red Sox cards and counting at this point.

Brian, thanks for the great envelope, it's nice finding cards in the mail instead of bills.  The Red Sox cards are great, and I truly appreciate the bump in my '59 set as well.
Posted by shoeboxlegends at 7:28 PM

I don't know why, but I absolutely love the name Johnny Temple.