Youk! Can I Get Your Autograph? 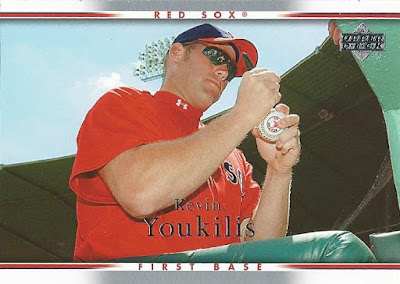 I'm really making an effort to improve the speed at which I post trade packages, as well as get return packages off in the mail.  I've got a scheduled week off from work coming up, and would love to be caught up before that starts.  I'm finally getting close, and as proof today's post features the contents of an awesome PWE that arrived from Nick at Dime Boxes only a few days ago.  As usual, Nick managed to deliver an awesome variety of cardboard, even within the limited confines of a plain white envelope.

For example, I don't know how he could have known it, but that 2007 Upper Deck Kevin Youkilis has been a card I've wanted to pick up for a while now.  Just never managed to find it in a quarter or dime box.  No need to search for it any longer. 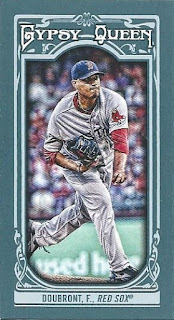 I'm getting to the point where I've got a decent little (pun intended) collection of mini Red Sox cards from the past few years.  Now that I've got the proper binder sheets for these, they're actually quite enjoyable and easy to view.  2013 Gypsy Queen Felix Doubront here is the latest card to occupy a spot. 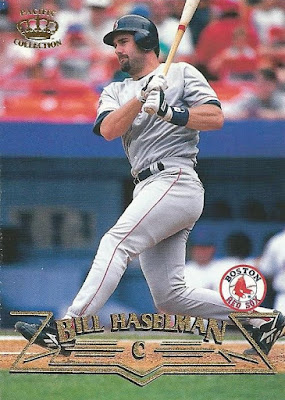 How is it possible that after nearly 5,000 Red Sox cards cataloged at this point, this is my first Bill Haselman?  Well, it is! 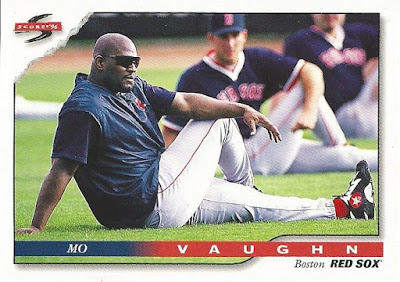 I could have sworn I already had a copy of this 1996 Score Mo Vaughn, but my records and the directory where I store my scans tell me otherwise.  I'm going to go out on a limb and say this is the only card I own that features multiple players doing the same leg stretch during warm-ups. 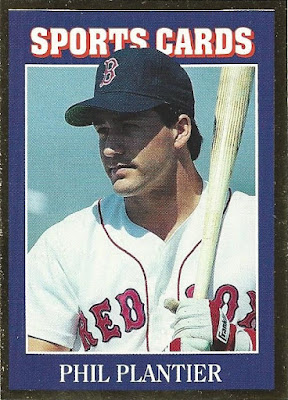 This one was unfamiliar to me, but it looks like it came inserted into the Sports Card News magazines put out by a man named Allan Kaye back in the early 1990s (this one in particular is from 1992).  The magazine apparently offered "investment tips" as well, which in hindsight is pretty comical.  What a great oddball. 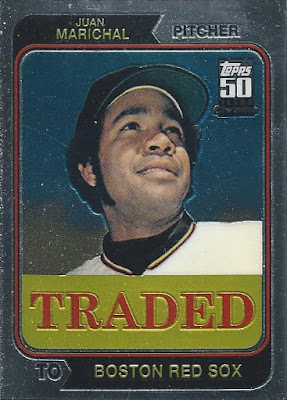 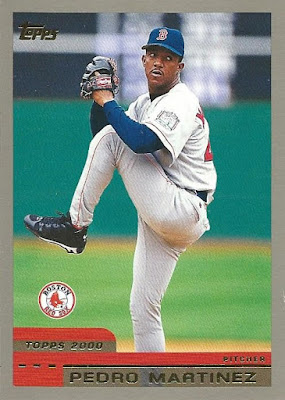 Sometimes the best cards are still gold ol' fashioned base cards.  I love the nice, clean look of this 2000 Topps card of HOFer Pedro Martinez.  This one had been on my want list on Zistle for at least a couple of years, a great selection for inclusion in the envelope by Nick here. 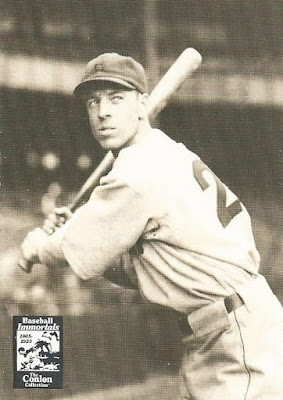 Here's an awesome shot of Bill Werber, courtesy of the great Charles Conlon.  This is from the 1988 Conlon Series 5 set.  Prior to this, my only Bill Werber card was a painted one, so it's really cool to see an actual photograph of the guy.  Besides, I will never turn down a Conlon card I don't already have, regardless of the set, player or team. 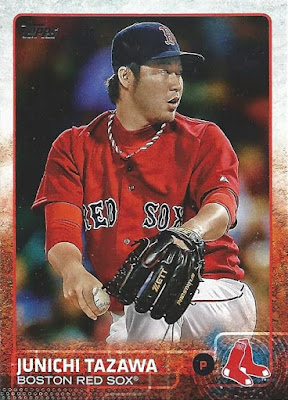 Another card towards  my 2015 Topps flagship team set, relief pitcher Junichi Tazawa.  His brief and very unsuccessful stint as the team's closer a couple of weeks ago proved that not every effective bullpen arm can easily be converted to the closer role.  You could do far worse for a 7th or 8th inning setup guy, though. 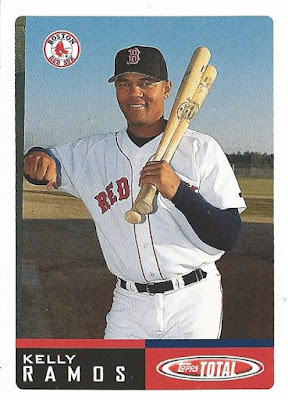 I'm not sure why, but there seems to be a real influx of Topps Total cards in recent trade packages.  This is a good thing, as I'm finally starting to develop at least a decent representation of these sets in my overall Sox collection. 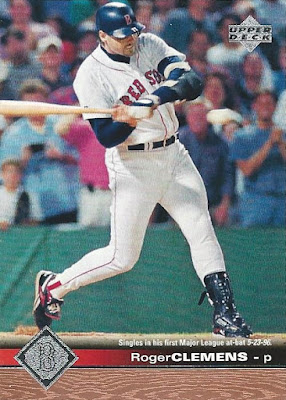 How great is this card?  I can't believe I'd somehow never heard of it before.  I knew that the 1997 Upper Deck set gave some detailed information on the photos used for the cards (which I think is a great concept), but I had no clue that Roger Clemens' card showed him getting a hit in his first ever MLB at-bat.  This one might be my favorite card in the entire package. 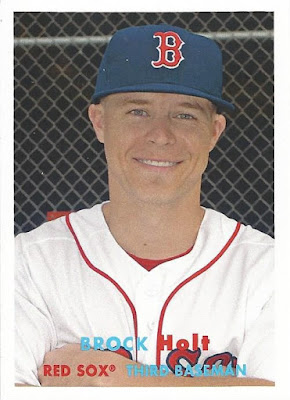 Finally, the 10th 2015 Archives Red Sox card I've got now, with every single one of them coming in trade packages.

How's that for a killer PWE?  There were even a couple of dupes that I didn't show, but which will not go to waste as I'll be forwarding them along in future mailings to other collectors.  Nick, thanks for the awesome batch of cardboard, it really brightened my mood after a particularly long work week.  I was able to get a return PWE in the mail that went out on Saturday before the long weekend, so you should be seeing that sometime later this week...
Posted by shoeboxlegends at 1:48 PM

Obviously the 1935 Werber trumps all but I always love the Conlons.

I'm glad you needed so many of them! I remembered you saying that your collecting "dark period" was late '90s-early 2000s (or so), and I tried to include as many from that era as possible. Despite my feelings towards Clemens as a person, that card is one of my personal favorite in the "pitcher at the plate" archives.

Mo Vaughn was too cool man. As usual another killer trade package from the dime man.

I don't trade with any Rex Sox fans, I've got some cards I could send your way if you want to trade.