The trade posts roll on! Today I've got the most recent PWE received from Joe Shlabotnik over at The Shlabotnik Report.  Joe and I have gotten on a bit of a back-and-forth roll lately, and his latest PWE did not disappoint! 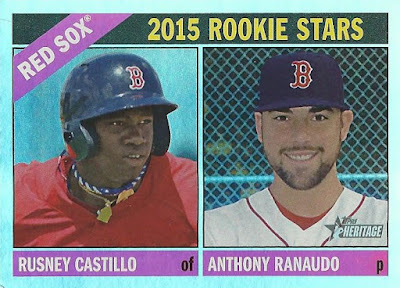 We'll lead off here with the one card in the package that I did know was coming, this retail chrome parallel from the 2015 Topps Heritage set.  Rusney and the rest of the young Red Sox outfield have been pretty fun to watch this past month or so.  Unfortunately, the card suffered a little ding in the lower left hand corner during shipping, but them's the breaks when you use the infamous PWE. 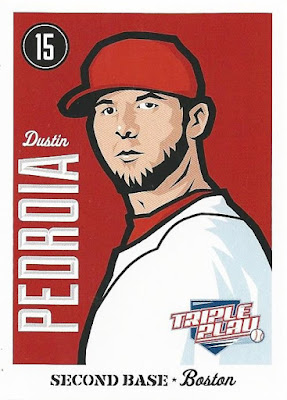 Joe included a few other new-to-me Red Sox for my quest to acquire as many different Sox cards as possible.  I've gotten quite a few Triple Play packs in repacks over the years, yet somehow hadn't managed to track down this Pedroia yet.  I'm hearing a lot of Pedroia off-season trade talk already, and I'm not sure I object to the idea as much as I would have a few years ago. 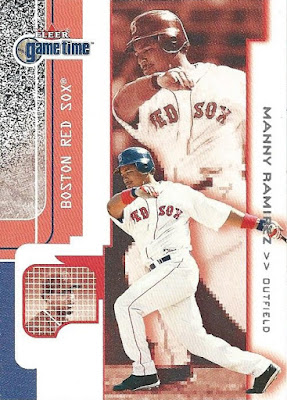 Here's a very busy card from 2001 Fleer Game Time.  Wow, there's a lot going on with the design here!  To me, the most questionable part is that small head shot in the lower left that for some inexplicable reason Fleer buried under a white grid pattern, making it nearly impossible to make out. 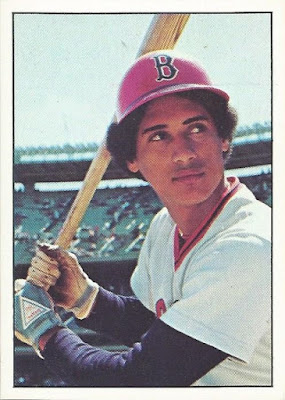 Nice, my very first SSPC Red Sox card (though I do have a few more from another trade waiting to be scanned in).  Recognize the face?  That would be center fielder Juan Beniquez.  Juan carved out a pretty lengthy MLB career, debuting in 1971 and last playing in 1988.  I love the simple design and high-quality photos in the SSPC set, I would certainly pick up more of these, be they Red Sox or otherwise. 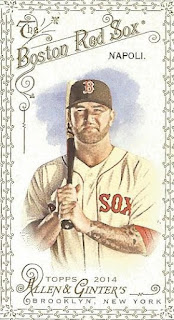 Mini Napoli!  The only thing smaller than this card was Mike's batting average before he was traded away to Texas earlier this season (ba-dump-bump!). 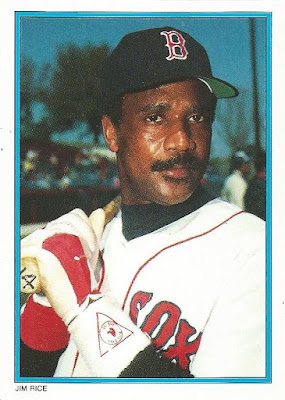 Here's another new one, featuring a nice Spring Training shot of HOFer Jim Rice.  This one's from one of those glossy send-in sets that Topps had going for a while there in the '80s.  I like the big, fat Red Sox wristbands on this one. 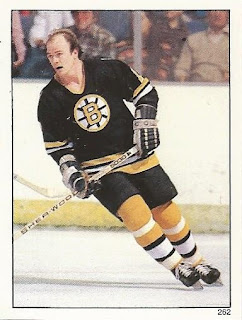 Joe's been hooking me up with some '82-83 Topps Hockey Stickers in his PWEs.  I really appreciate these, because they're the closest thing to a hockey card set that Topps produced that year.  I think most hockey fans can recognize this guy, but in case you can't that would be Rick Middleton. 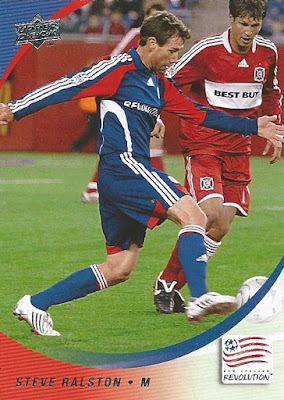 Joe's been bolstering my meager soccer collection with his packages, and this one gave me my very first in-person look at 2008 Upper Deck MLS.  While I'm a Premier League guy and couldn't tell you much about MLS, as a Boston sports fan it's neat to get my first card representing the local soccer club.

Steve Ralston carved out a nice MLS career for himself with the Tampa Bay Mutiny, then the Revolution.  When he retired he had recorded the most career assists in MLS history, though he was eventually surpassed by current record holder Landon Donovan (by a single assist!). 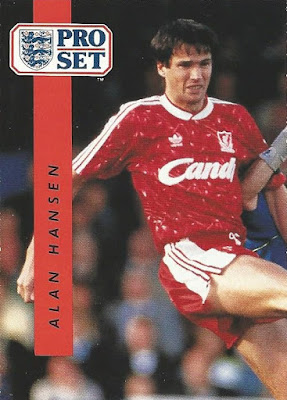 In closing, two more soccer cards from a set that I have seen before, thanks to Joe, 1990 Pro Set.  From my favorite team, the Liverpool Reds, we have Alan Hansen.  Alan actually began his career in the late '70s, and was winding down by the time this card was printed up (he'd retire in 1991).  He went on to make a name for himself as a soccer broadcaster/pundit over in England. 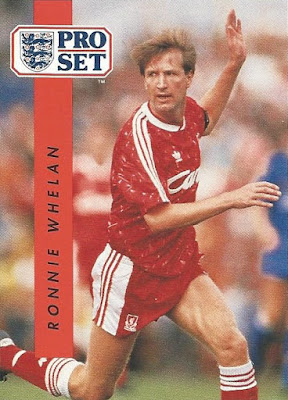 The other Pro Set card features mid-fielder Ronnie Whelan.  Ronnie played with Liverpool from 1979 through 1994, an impressive stretch to say the least.  Born in Dublin, Whelan also made plenty appearances for Ireland's national team, including a pair of World Cups.

Joe, thanks as always for the great cards, and sorry for the delay in posting them!  I'm sure I'll have another PWE headed your way before too long...
Posted by shoeboxlegends at 4:20 PM

Glad you liked them, Shane! ...although in the case of that Game Time Manny card, I would forgive you if you were less diplomatic about it.