I Don't Mind Being 11 Years Behind

I'm not one of those collectors who is typically clamoring for the latest product to hit the shelves.  I think 2013 Topps baseball looks like a great set, but I won't be rushing out to my local Target tonight to see if it's in stock.  Sure I'll pick some up eventually, but for now I'm perfectly happy to add some good old fashioned 2002 Topps to my collection! 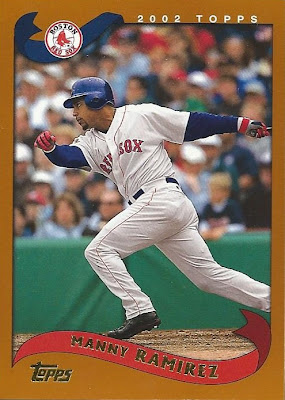 I recently received a trade package in the mail from Zach of one of the newer card blogs out there, The Underdog Card Collector.  It was a package of many firsts, including my very first 2002 Topps Red Sox cards.  I was a sophomore in college back in 2002, and I was spending my days doing things that were irresponsible and often illegal.  Baseball cards were the furthest thing from my mind.  In fact you could say that for the years of 1996 straight through 'til 2007.  Anyway, I'm drifting here but my point is that this is a new set as far as my Red Sox collection goes. 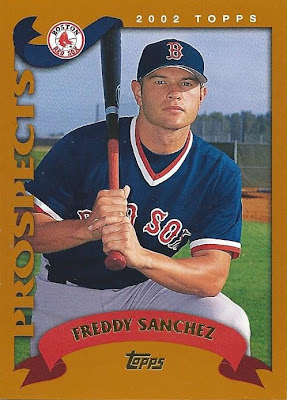 This Freddy Sanchez rookie is actually the first Sanchez in my Red Sox collection; all of the other cards I have depict him with either the Pirates or the Giants.  I think many people forget (who could blame them) that Freddy bested Miguel Cabrera for the NL batting title back in 2006. 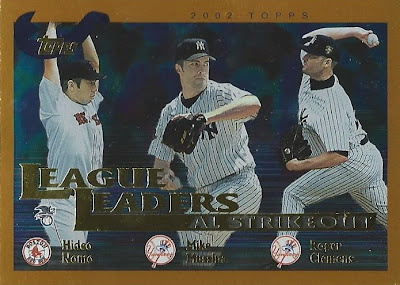 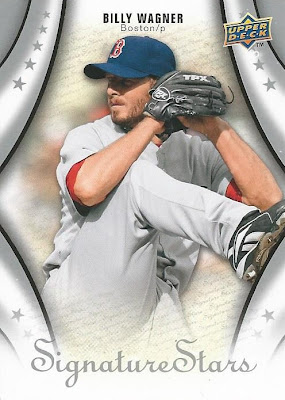 Here's another first...my first Billy Wagner Red Sox card.  If you blinked you could have missed his time in Boston.  Billy made just 15 appearances in his lone season with the Red Sox.  422 saves is nothing to scoff at so this is a unique addition to the Red Sox collection for sure. 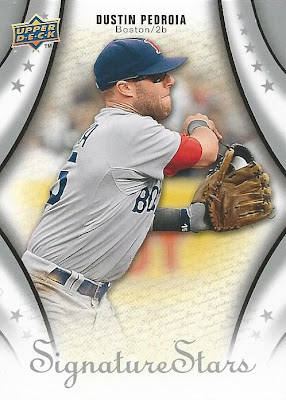 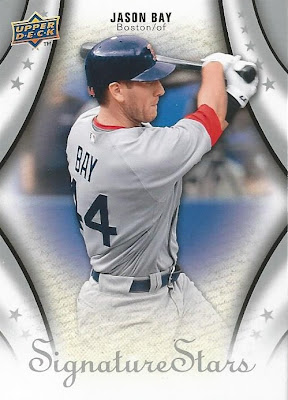 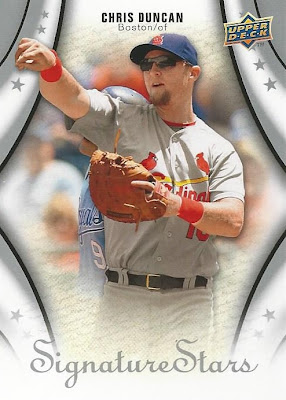 Another first, my first (unlikely I'll ever see a second) Chris Duncan Red Sox card.  Well, half a Red Sox card anyway.  Chris is depicted with St. Louis, but the word Boston's floating just above his cap there.  I'm not sure how many cards depict Duncan with Boston but there can't be many.  He came to the Sox when they dumped Julio Lugo off to St. Louis, but he never made it past AAA.  In fact, he'd never play another MLB game after the trade (neck injury). 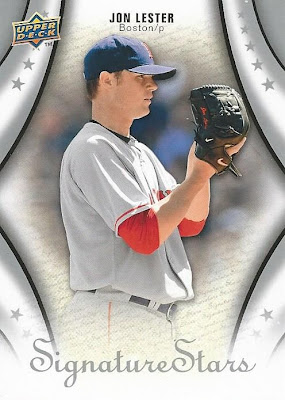 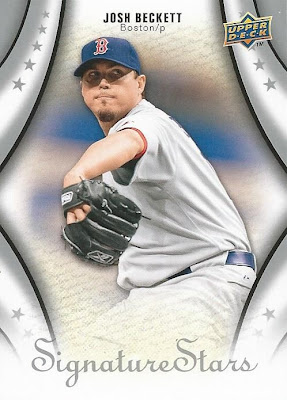 I still can't believe the Dodgers took this guy, Adrian Gonzalez or not.  I don't have the same level of disdain or scorn for Josh that a lot of Red Sox fans do, when he was on he was one of the best pitchers that I've seen wear the uniform during my lifetime as a fan. 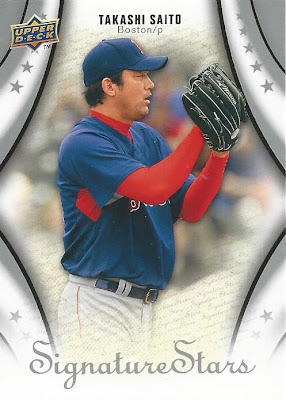 Thanks for a great trade Zach!  Best of luck with the blog, I'll be reading every post.  I finally got your return package mailed out today, hope you enjoy it.  Zach is a San Diego guy, so if you have any extra Padres or Chargers cards laying around look no further...
Posted by shoeboxlegends at 9:00 PM