Another month without a car payment, another cornerstone card added to my collection. This time, it's Yogi! 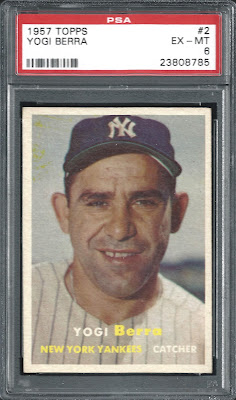 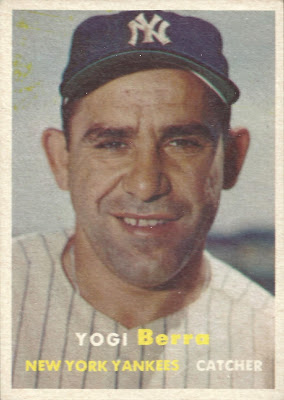 The Yankees would lose the World Series to the Braves in 1957, but Yogi and his teammates would avenge that loss the very next season, beating Milwaukee in the '58 World Series 4 games to 3. 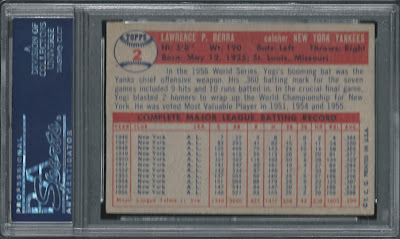 Very happy to add this beautiful card of one of the best players ever to don the tools of ignorance to my vintage collection!
Posted by shoeboxlegends at 4:03 PM

Very nice. One of the all-time greats. Hard to say underrated but maybe under mentioned. Or maybe his "fool" character has clouded his baseball greatness.

Wow. Just getting caught up on my reading and this is... Wow! A cornerstone, indeed!