A Playoff Run in Boston?

Posting has been sparse lately because of work. Not only that, but the combination of an HD-DVR and the Vs. network pretty much guarantees that every free moment I have for the next couple of weeks will be spent watching playoff hockey, at least until the first couple of rounds are through and there are fewer series to watch.

I did want to sneak in a quick post though to celebrate an outstanding regular season for the Boston Bruins. I don't have time to talk about every player, so I figured I'd focus on those pictured on some 2008-09 Upper Deck Champs mini cards I recently picked up. After picking up 2 packs of this stuff I decided to stay away for the $100+ dollar hobby boxes, and in fact from the set in general. I do like the mini cards though, so I hopped on eBay and haggled with a seller. I ended up getting what I think is most of the Bruins mini cards for about what I would pay for a hobby pack. 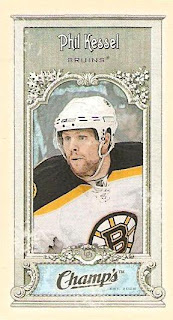 We'll start with Phil Kessel. This was most definitely a breakout year for Phil. He scored an impressive 36 goals, despite missing 12 games. Had he played a full 82 he would've undoubtedly scored 3 more, which would've made him a top 10 goal-scorer in the league (he finished tied for 12th as it stands). Not bad for a guy who's just 21 years old huh? 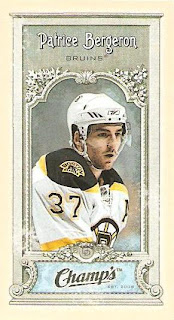 Patrice had a solid season and was a contributor at both ends of the ice, on the power-play and on the penalty kill units. Best of all he dressed for 64 games after missing all but 10 last year due to a serious concussion. Patrice is a finalist for the Masterson trophy this year, awarded to a player who shows exceptional perseverance, sportsmanship, and dedication to hockey. 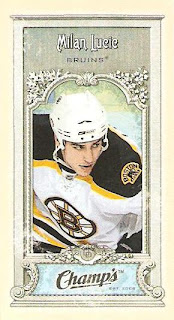 The name Milan Lucic undoubtedly makes some hockey fans think of a goon or a tough guy. That's not entirely inaccurate, as he will drop gloves with anyone, ended up in the top 5 in the league for hits, and made plenty of highlight reels putting an opponent through the glass earlier this season. Lucic is a very skilled player though, and what the average fan might not know is that in his second season he improved dramatically in almost every single statistical category. 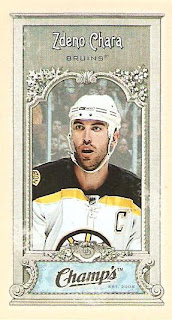 Here's the tallest guy in the NHL, and should-be Norris trophy winner Zdeno Chara. He's anchored the team all year and is one of 3 guys who I think really needs to maintain his level of play if the Bruins are going to make a significant playoff run. 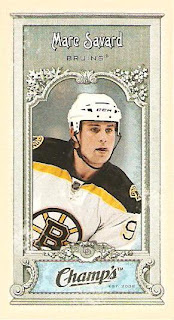 Here's the second guy who really needs to stay hot in order for the B's to make a playoff push. Savard was outstanding this season, he led the team in scoring and was 8th in the league overall. Can he produce like this when the high pressure playoff atmosphere and grinding, physical style of play become factors? 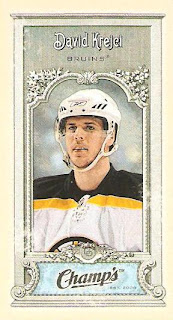 I've already posted about David Krejci at least a couple of times, so I will keep it to a minimum here. He's my favorite player in the game right now and definitely did not suffer any symptoms of a sophomore slump. He's a talented scorer and setup guy, but is also a very intelligent player who rarely makes a mistake and as a result saw significant time on both the powerplay and short-handed units. He recorded his 100th career NHL point in the final game of the season. Perhaps most amazingly, he led the entire NHL in +/- this season. No, that is not a typo. 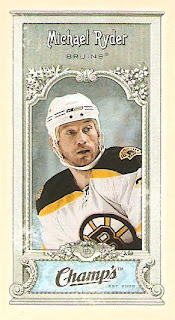 Coach Claude Julien advocated for this guy in the off-season when Montreal was frustrated with his performance last year. Ryder didn't disappoint, as he seemed to mesh well with linemates Krejci and Blake Wheeler. He would've likely reached the 30 goal mark had he not missed significant time after having his face literally broken by a stick blade. He was inconsistent at times though, will he be able to kick up the intensity in the first round against his former team? 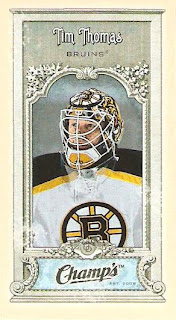 Finally, the most important guy on the team, and the final player who I think needs to come up big in the playoffs. There's no doubt about this one. Tim deserves to be the Vezina trophy winner as far as I'm concerned. Best Goals Against Average and save percentage of any keeper in the league.
The series against Montreal kicks off on Thursday night, I can't wait!!!

Posted by shoeboxlegends at 9:50 PM