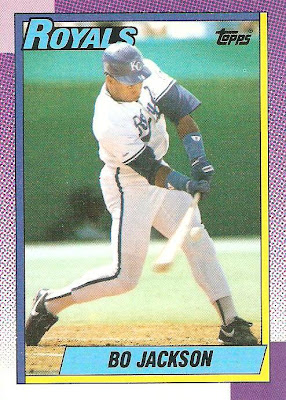 #300 - Bo Jackson - Bo was the man back in the day. Do you think we will ever see another two-sport professional athlete again? Considering how much money pro franchises sink into their star players I don't think we will. Any halfway intelligent owner nowadays would never let a player participate in another pro sport. 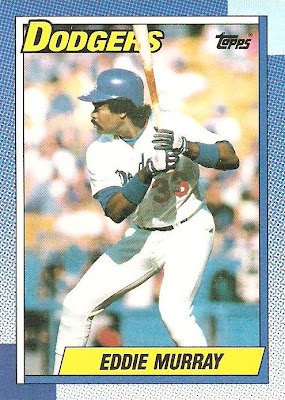 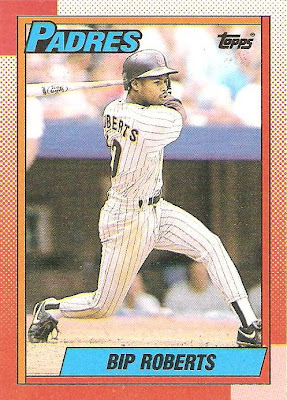 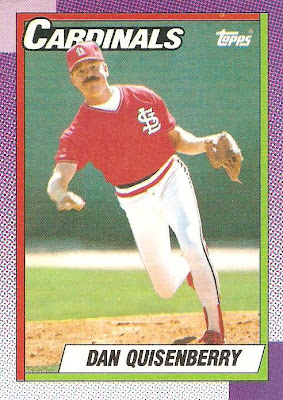 #312 - Dan Quisenberry - I have to confess that I don't know a whole lot about Dan. His form looks flat out awful on this card though. 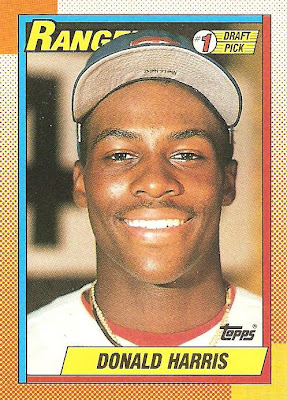 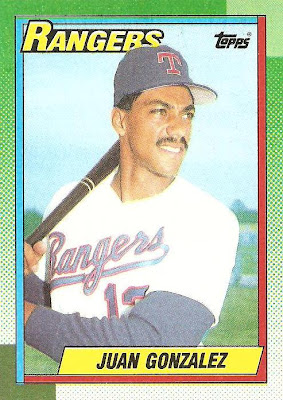 #331 - Juan Gonzalez - I think this is a rookie card if I'm not mistaken. I seem to remember this being one of the more sought after cards amongst my group of friends back in the day. 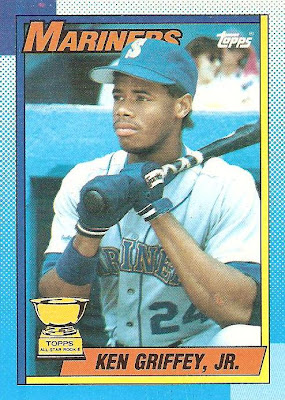 #336 - Ken Griffey, Jr. - One of the top 3 cards in the set in my opinion. This is Griffey Jr.'s first base set Topps card, although his true Topps rookie is in the 1989 Traded set. This was pretty much the card to pull back in the day, and its image graced the front of the '90 Topps wax boxes. 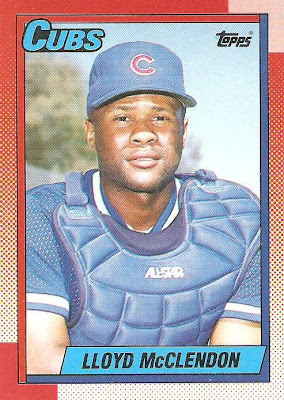 #337 - Lloyd McClendon - I chose this one just because the catcher's gear is great. 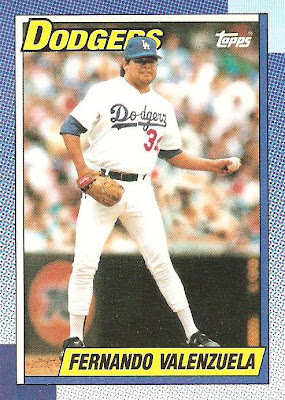 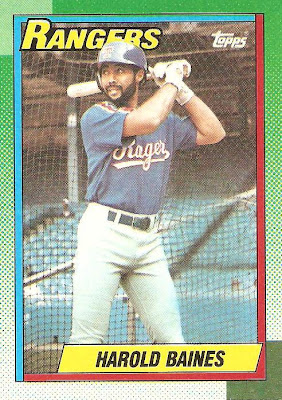 #345 - Harold Baines - I always forget that Baines made a quick pit stop in Texas. He was there for the latter part of the 1989 season and the first part of the 1990 season before being shipped off to Oakland. 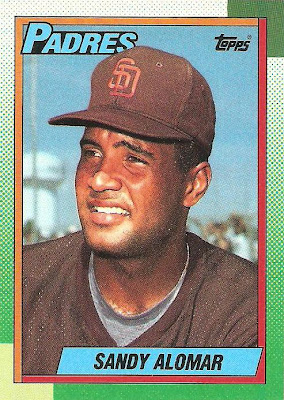 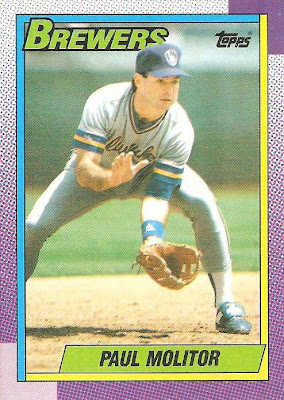 #360 - Paul Molitor - Paul is showing the proper way to field a ground ball, per my 8th grade little league coach. 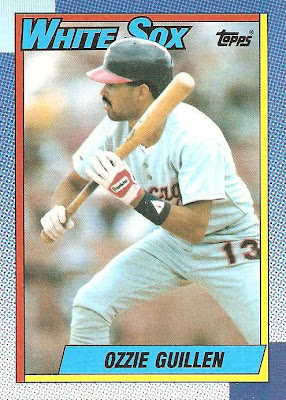 #365 - Ozzie Guillen - The current White Sox manager about to lay down a bunt. 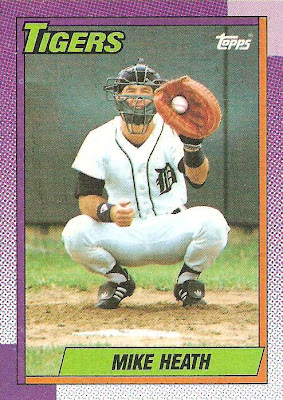 #366 - Mike Heath - This one has always been a favorite of mine, although I can't quite explain why. It sticks out so much in my mind that as I was sorting through the cards I knew the minute I saw the picture that it was Mike Heath, before the name even became visible. 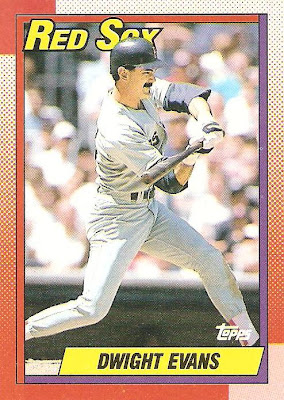 #375 - Dwight Evans - One of Dewey's final cards. 1990 would be his last of many great seasons with the Red Sox. He played one more year (with Baltimore) in '91 before hanging up the spikes for good. 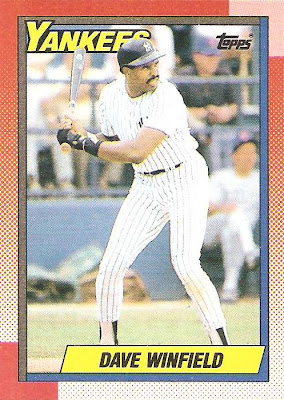 #380 - Dave Winfield - In what seems to be becoming a common theme, 1990 was also Winfield's last season with the Yankees. The Hall-of-Famer would play 5 more seasons though after his time in pinstripes was done. 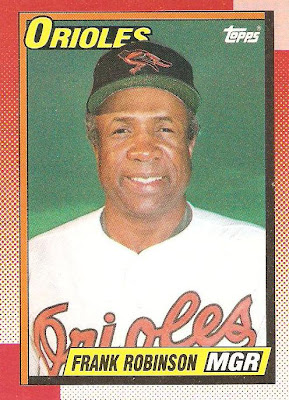 #381 - Frank Robinson - This was the first Frank Robinson card I ever owned, so before I found out about his impressive career as a player, he was just the jolly looking manager of the Orioles as far as I was concerned. 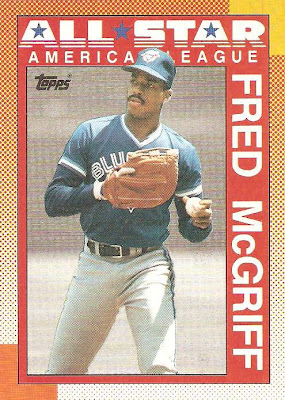 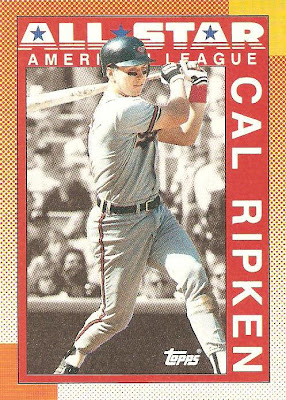 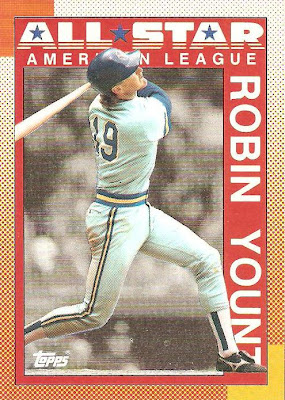 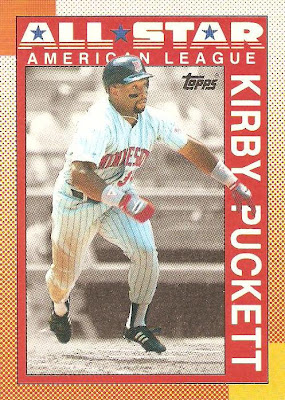 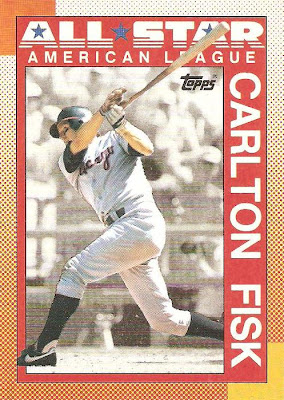 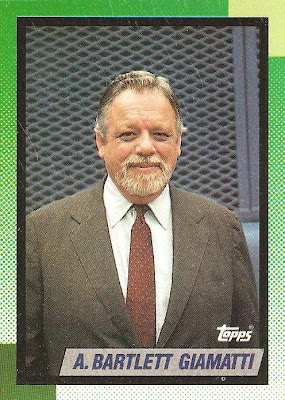 #396 - A. Bartlett Giamatti - Wedged in between the AL and NL All-Star subsets is this tribute card to Bart Giamatti. Mr. Giamatti suffered a heart attack and died at age 51, just 154 days into his tenure as Commissioner of Baseball. I can't believe I never knew that Paul Giamatti (the actor) was his son until I read a bit in preparation for this post. 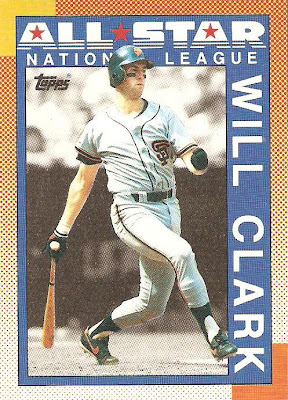 #397 - Will Clark - All-Star - After Giamatti's card we have the NL All-Star subset. Of course I had to feature the Will Clark. 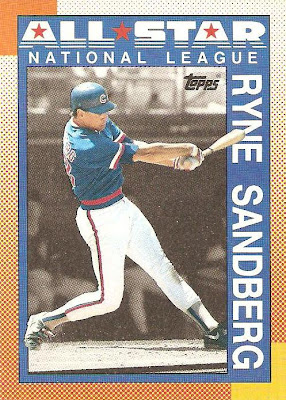 #398 - Ryne Sandberg - All-Star
Well that wraps up cards 300 - 399. We're halfway home at this point. This is turning out to be a good deal more work than I expected, but I'm hoping to be done with this by the end of April.
Posted by shoeboxlegends at 3:40 PM

"#360 - Paul Molitor - Paul is showing the proper way to field a ground ball, per my 8th grade little league coach.".

Never knew that about Paul Giamatti, thanks for the info.