Today's post features a nice batch of cards that I received last week from Kin Kinsley, who writes over at the relatively new blog I Feel Like a Collector Again.  Though he started that blog only a month or so ago, Kin has really immersed himself in the blogosphere quickly.  I've seen him commenting on many of the blogs I read, and aside from that he knows how to put together an awesome trade package! 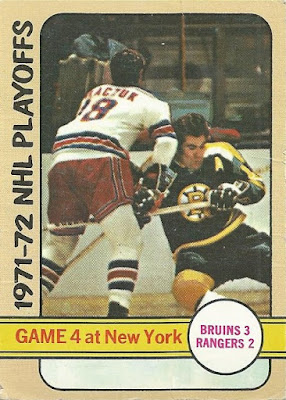 This one was all about the hockey, as Kin knocked over a dozen cards off of my want list. 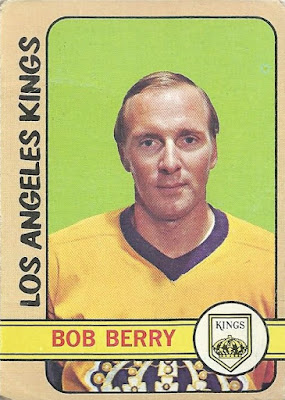 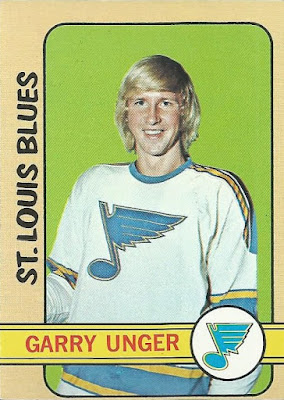 '72-73 never used to be a real favorite of mine, with a lot of posed/portrait shots like this one throughout the set.  It's grown on me over the years though and nowadays I like it. 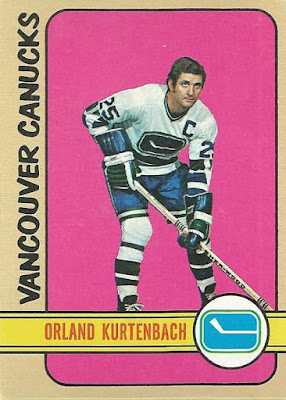 The cards Kin sent are in pretty great shape too, certainly good enough that I'll never feel compelled to upgrade them which is great. 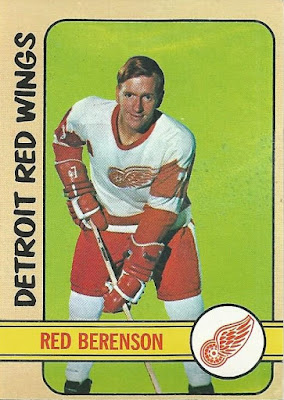 The backgrounds for the portrait photos are super bright, which I could see being a turn-off for some, but I think it kind of works.  The solid background color reminds me a bit of '58 Topps baseball. 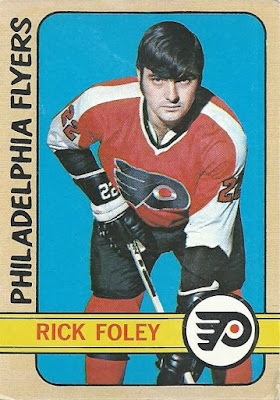 Rick Foley's claim to fame was fighting two different New York Rangers at once in a game during the '71-72 season. 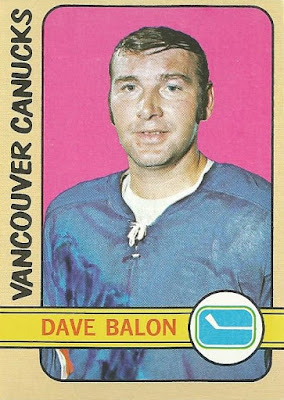 Last of the portrait shots is left wing Dave Balon, who was forced into retirement due to illness (sadly he was diagnosed with MS, much like what happened recently with Bryan Bickell). 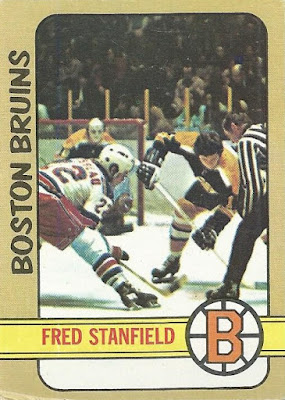 If the cards featuring posed photographs in '72-73 Topps are nice, then the ones that feature in-game action shots are great!  I mean how awesome is the photograph on this Fred Stanfield card?  Not bad for the early '70s, the perspective makes it feel as though I'm sitting right there on the bench. 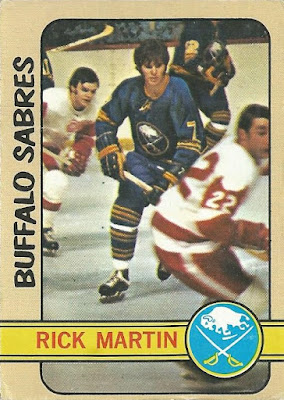 Here's the final vintage hockey card Kin sent, another cool action photo.  If I'm not mistaken I believe that is a very young Marcel Dionne to the left of Rick Martin there? 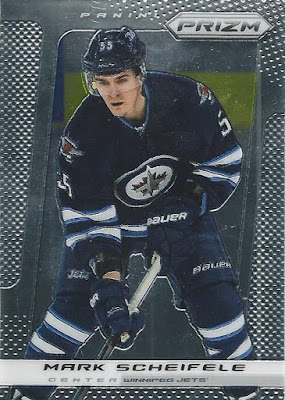 As the post title indicates, there were some shiny cards in the package accompanying the vintage goods.  The shiny came in the form of four new cards towards my 2013-14 Prizm hockey set.  I was only missing two cards towards the 200-card short set, a pair of Winnipeg Jets. 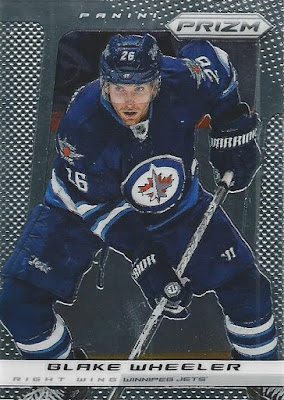 Kin included both of them, center Mark Scheifele and winger (and now team captain) Blake Wheeler.  Feels good to finally put the basic set to rest after all this time, now I can focus on the many rookie short prints.  Speaking of which... 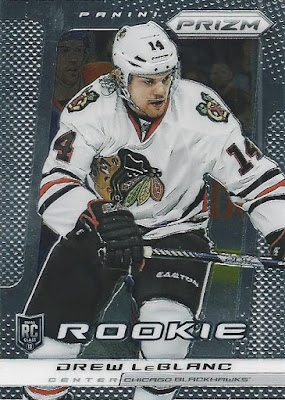 ...a pair of those found their way into the envelope as well!  Drew LeBlanc was a promising college player (in fact he won the Hobey Baker Award as the top NCAA men's hockey player in 2013).  He was signed by the Blackhawks but only appeared in a couple of games with them and saw more action with their AHL affiliate than anything.  After a couple of years of that he began playing overseas in Germany. 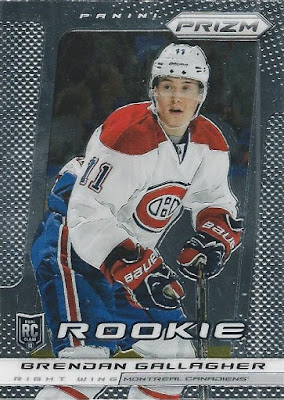 Here's the other rookie short-print, a name that is much more recognizable to NHL fans in Brendan Gallagher.  Brendan finished second in voting for the Calder Trophy after his rookie season, and in 2014 inked a 6-year contract extension with Montreal.  He's since become a mainstay in the Montreal offense, and is even an assistant captain for the Habs.

Kin, thank you very much for the great batch of cards.  It feels great crossing all of those numbers off of my want list at once.  To everyone else, if you haven't had a chance to check out Kin's blog I encourage you to add it to your daily reading list!
Posted by shoeboxlegends at 11:19 AM

I wasn't going to be able to help out with the frankset, so this is the least that I could do. Happy to help!

The Fred Stanfield looks like you are on the point hoping the puck comes to you so you can blast a slapshot past Cheevers.