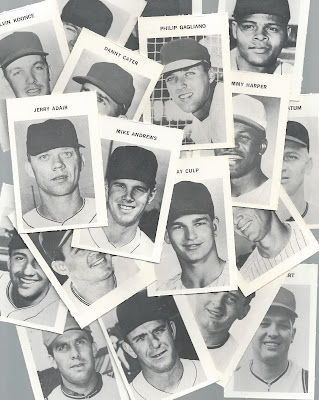 This is what happens when you meet up with the legendary Mark Hoyle at a card show!  We got to catch up for a few minutes at the show I hit up the weekend before my vacation, and when we did Mark dropped this big old batch of Milton Bradley game cards on me. 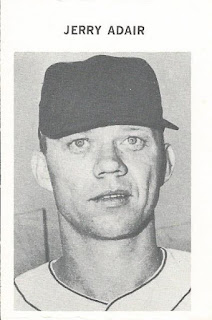 These cards are new territory for me, but I appreciate a nice oddball as much as any collector and I'm thrilled that Mark was kind enough to hand these off to me.  He included a nice mix of Red Sox players.  These are not officially licensed, and as such there are no logos or references to team.  They're definitely quite a bit smaller than your modern day baseball card.  The design features a black and white portrait with the player's name in plain type above. 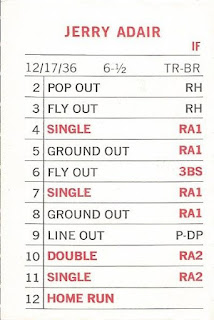 Here's a look at the backs.  It took me long enough just to scan, inventory and finally post these that I didn't even research how the game is actually played at all.  Looks like you'd roll two dice though and add up the total in order to determine what happened each "at bat".  If I had been a kid in the early '70s I would have loved this. 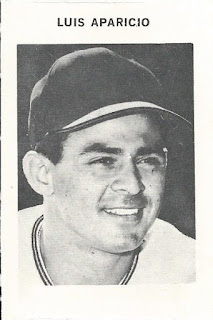 Some pretty big names from Red Sox history were included in the lot Mark gave me. 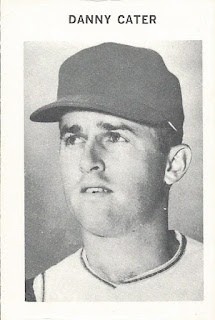 As well as some lesser-known players. 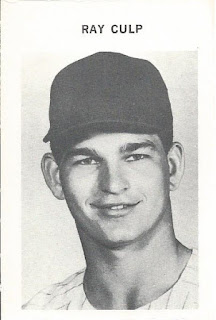 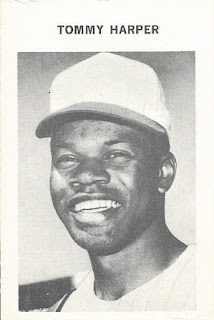 How's that for a million dollar smile? 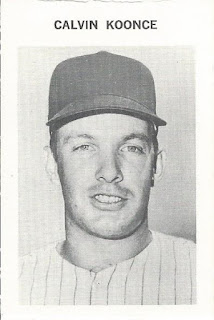 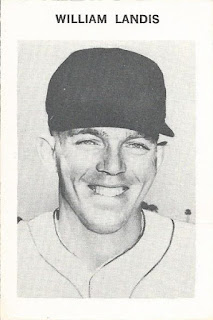 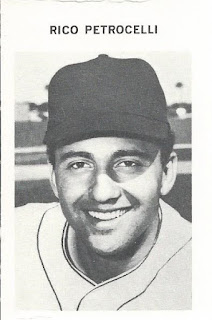 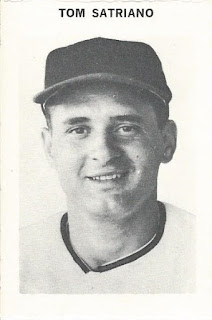 Had never heard of Tom Satriano before, and it turns out this is my first card of his as well. 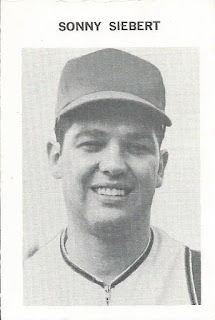 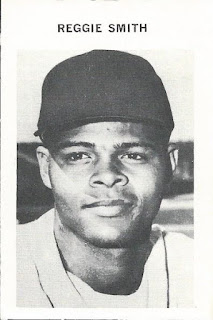 It's not just in person, at shows, that Mark hooks me up with great cards though.  A while back now I was the recipient of a really great PWE that contained the entire 11-card 1981 Topps Coca-Cola Red Sox set: 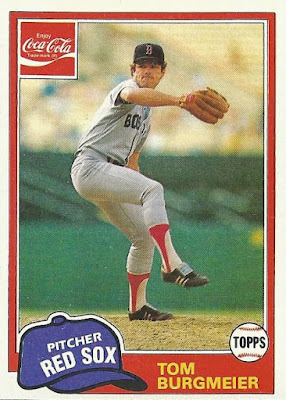 I've been meaning to grab one of these team sets for forever now, and it felt awesome crossing all of them off of my want list. 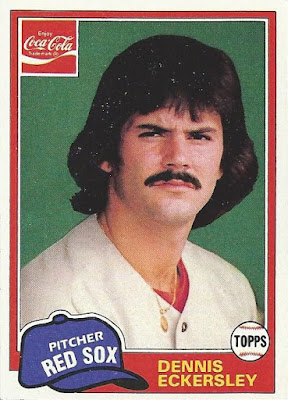 Dennis Eckersley was one of the only cards I already had, I believe I needed 8 or 9 from Mark's envelope to finish my set off. 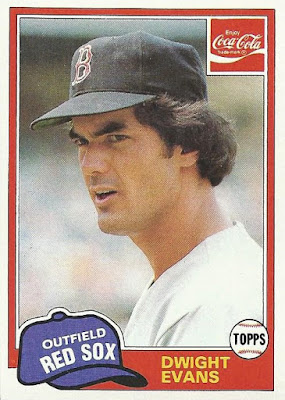 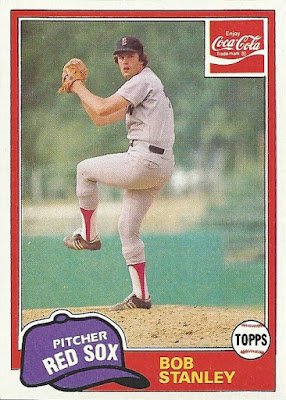 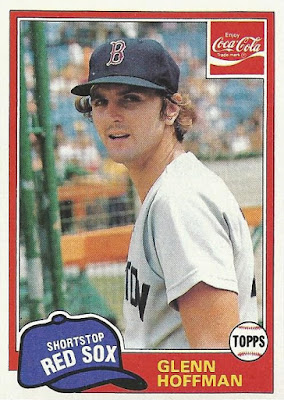 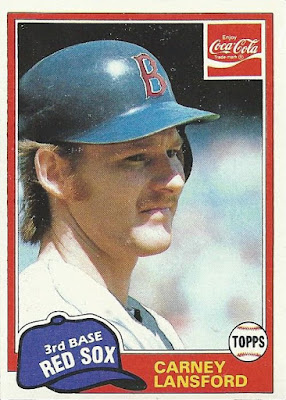 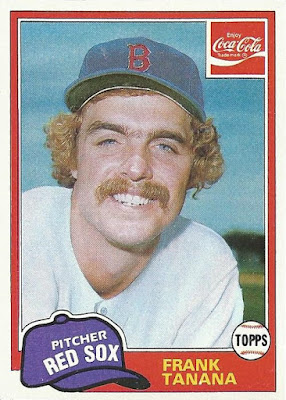 This photo makes it seem that Frank Tanana missed the memo that the calendar had rolled on over from the '70s to the '80s. 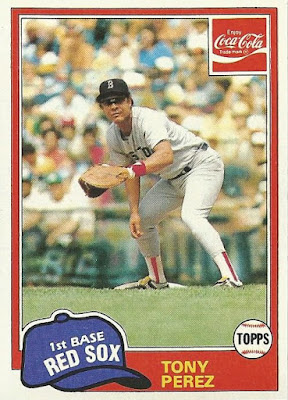 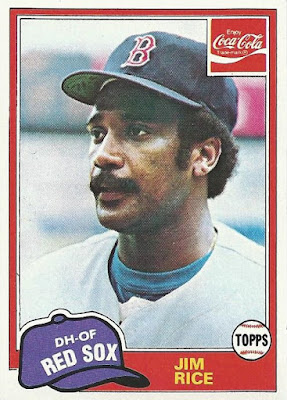 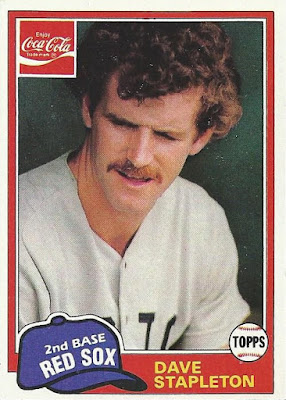 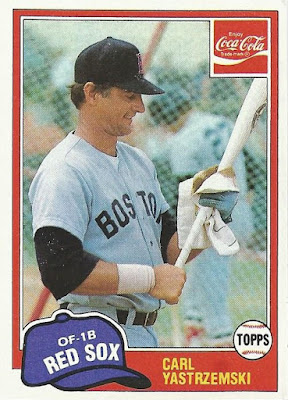 This was definitely one that I did need, it's not everyday that you get a new Yaz card released during his playing days out of nowhere. 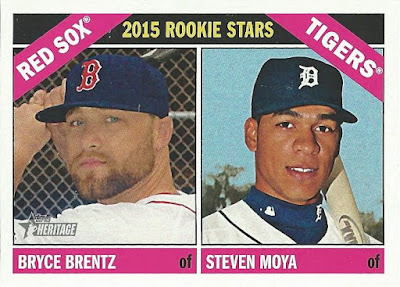 There have also been some newer additions to my Red Sox collection in recent months courtesy of Mark, like this 2015 Heritage card I was missing towards my team set. 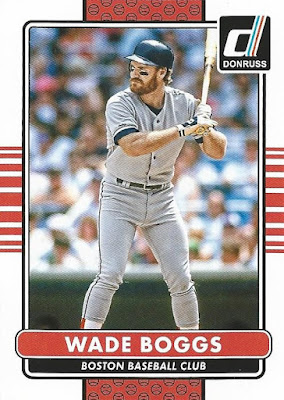 One card closer for 2015 Donruss as well.  Without having purchased so much as a single pack of this stuff I think I'm already close to having all the Red Sox now.  Not bad. 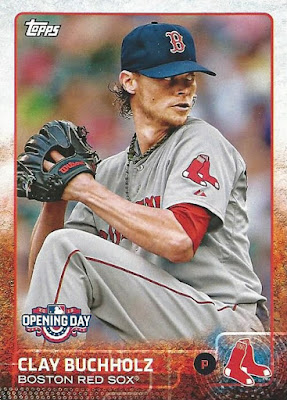 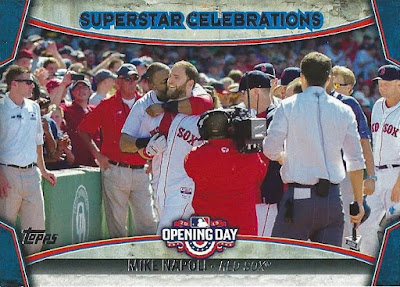 Mark, thanks for all of the awesome cardboard you've sent my way recently.  Sorry it took me so long to get a proper thank you post up, and I hope we can meet up again soon.
Posted by shoeboxlegends at 11:01 AM

Wow, Eckersley made sure to wear his helmet on Picture Day!

Frank Tanana looks like someone who played drums for Rush during the 2112 tour!