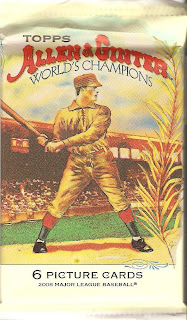 I took a trip out to Target and the local hobby shop today. I stuck to a budget of $35 total for both stops, which didn't leave me much considering I needed quite a bit of boxes and shipping supplies at the hobby shop. When I saw these 2008 Allen & Ginter packs in the $1.59 bargain bin at Target I grabbed all 6 of them. I still have a ton of holes in my 2008 A & G set, and they NEVER have anything half way decent in the bargain bin, so it was a pleasant surprise. Here's the best pack of the 6. 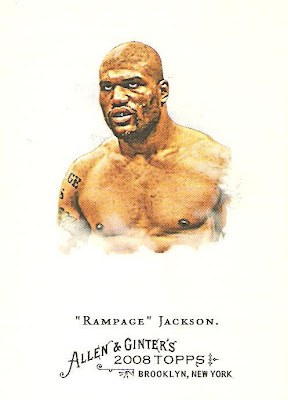 #189 - "Rampage" Jackson - Not a great start to the pack, but it gets better from here. While the odd non-baseball subjects are one of the things I like most about Allen & Ginter, I'm not an MMA fan whatsoever. In fact, I didn't even know who "Rampage" was until I googled it just now. 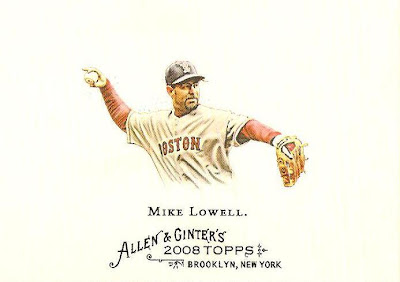 #13 - Mike Lowell - Boston Red Sox - Fitting that I pulled a Lowell card on the cusp of his return from the DL. Will he be back in the Red Sox lineup this weekend against Toronto, and if so will he be able to put up numbers like he did so far this year before getting hurt? If he can come back and be just as healthy as he was before he will add another good bat to an already better-than-decent lineup. 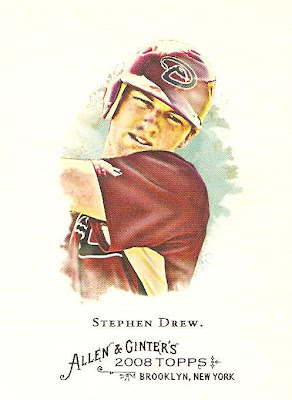 #325 - Stephen Drew - Arizona Diamondbacks (SP) - I don't know much about J.D.'s brother, given that he plays in the National League. I do know this is a short print though, and one I didn't have to boot. 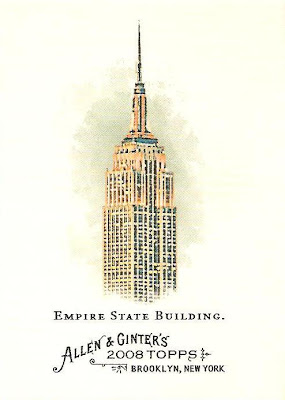 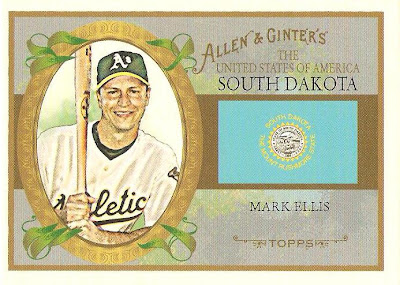 #US41 - Mark Ellis - Oakland Athletics - Don't know much about Mark Ellis at all, but again I needed this insert. And now for the coolest card out of all 6 packs that I opened... 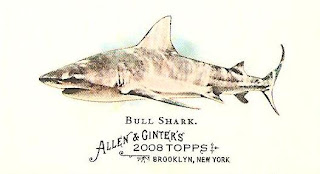 #WDS3 - Bull Shark - Mini - This is an absolutely awesome card. I've wanted one of these Deadliest Shark mini cards since this product first came out and this is my first. I don't think the odds of pulling one are astronomical or anything, but this is the coolest thing I've pulled in a while, especially from a retail pack. I'd love to track down the other 4 to complete the mini set sometime.
A Red Sox player, a short print, an insert I needed and two oddball cards for $1.59. Can't beat that!
Posted by shoeboxlegends at 12:45 PM

Oh, I can probably help with your '08 A&G set. Finally figured out the Zistle thingamoooble. I will see what I can do.

Good pack. I can never find old A&G in bargain bins at Target. Ever.

Oh yeah, I've got a bunch of last year's A&G I can knock off your wantlist. Nice hit on the Bull Shark, btw.