I was watching the MLB Network the other day and saw an advertisement for the Topps Million Card Giveaway. I had nearly forgotten that I redeemed a few of these codes that I pulled from 2010 Series 1 Topps packs earlier in the year. I neglected the site after obtaining my cards, never did any trading or shipping. I redeemed 7 cards in all, and actually did reasonably well. I decided to ship 5 of them and within a couple of days they were on my doorstep. Not bad Topps. 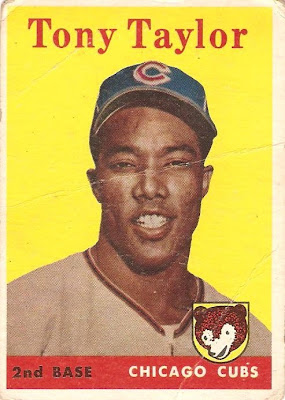 We'll start with the oldest of the 5, a 1958 Topps Tony Taylor. Pretty cool card, it's actually Taylor's rookie. He had an 19 year career in the bigs, a good portion of it spent playing second base with the Philadelphia Phillies. He played in over 2,000 games, had more than 2,000 hits and was an All-Star in 1960. 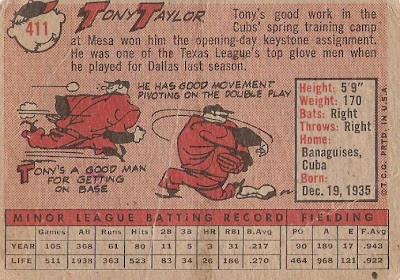 This card was clearly loved by it's previous owner(s), it's the most beat up of the cards I had shipped. I don't mind though, it's better than nothing, which is the version of the card I had before. Here are the other 4 from worst to best: 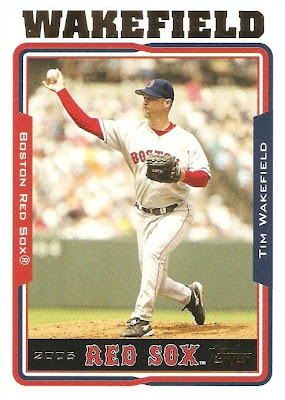 2005 Topps Tim Wakefield. I went back and forth on whether to bother shipping this one. This set doesn't do much for me, but I don't think I have any of the Red Sox from this one and it's got a pretty nice shot of Wake throwing his signature knuckleball. 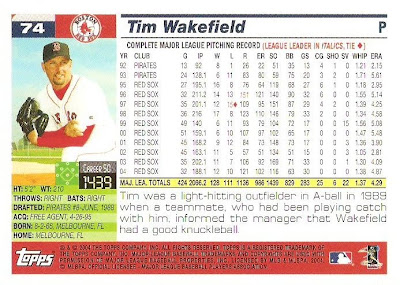 The back is kind of nice too. They got the vital player info, full career stats and little blurb about the player, and still managed to fit in a photo. I like the little career strikeout box, I'm not sure what the little field diagram next to it signifies. Anyone? 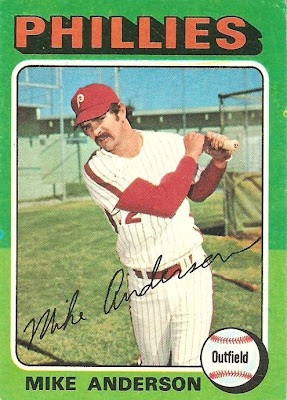 1975 Topps Mike Anderson. Getting a little better. I know nothing about Anderson but I'll gladly add a '75 Topps to my collection. The card is mint too. Sort of a strange photo, looks like it may have been taken at a training complex or something. 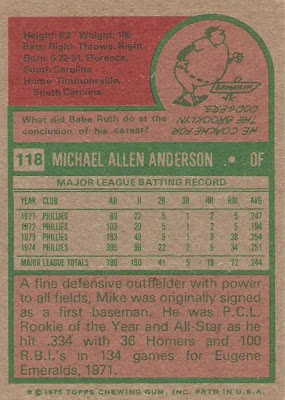 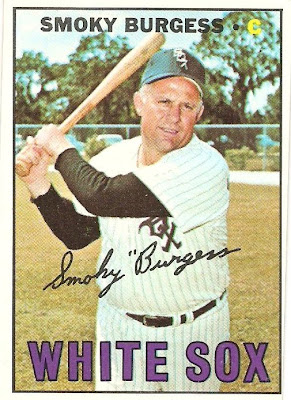 1967 Topps Smoky Burgess. I was definitely looking forward to getting this one. Shortly after I redeemed it Steve of White Sox Cards posted about it. 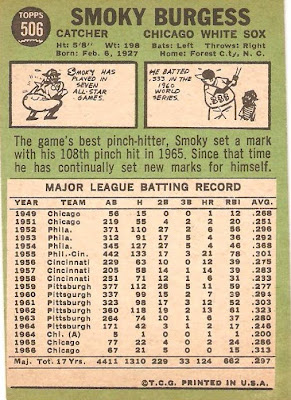 It's easier to tell looking at the back, but it's definitely miscut. Other than that it's in good shape, sharp corners, no creases and good color. Finally, my favorite card in the bunch: 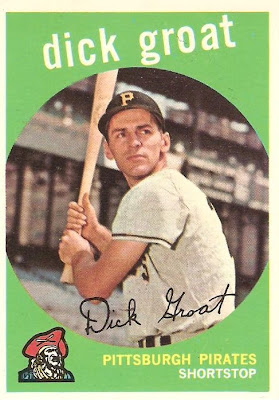 I mentioned a couple of posts ago that I love the 1959 Topps set and that I plan to start picking up more of them. This one's in great shape and features your 1960 National League MVP Dick Groat. The Pirates logo is awesome as well. 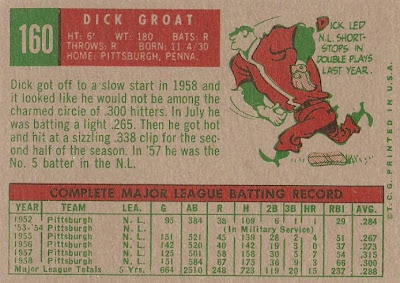 As much as I like the '59 fronts, the backs are definitely lacking in my opinion. I like the cartoon though. Well there you have it. I thought this was a fun promotion that worked really well for Topps. I know I purchased more packs of 2010 Topps than I would've without the redemption program. Considering I only redeemed 7 codes I think I did great with a Red Sox need, a '75 Topps, a card from the 60's and two cards from the 50's. Here are the two cards I didn't bother shipping:

Anyone want to trade?
Posted by shoeboxlegends at 10:46 PM

you are doing better than I did on the football version.....

was the '58 Tony Taylor creased in the pic you got when you unlocked it? or was it prettied up and then they sent you a creased one...

Good question Canuck! Play at the Plate, you may be a bit disappointed by the answer but when I redeemed the card the picture I got was of a mint-looking '58 Topps Tony Taylor. You can see it in this old post of mine:

It appears (not surprisingly) that the photo you see when you redeem is just a stock photo and not a representation of your actual card. Either way, a '52 is a '52, that's a nice redemption!