After returning from a few days in Vermont last week, I found an awesome package from my friend Marc B waiting for me in the mailbox.  Marc doesn't have a blog or anything that I can link to, but he's one of the friendliest people I've encountered in the 8 years since I returned to the hobby.  Marc has graciously hooked me up with cards on quite a few occasions in the past, and this package was another winner! 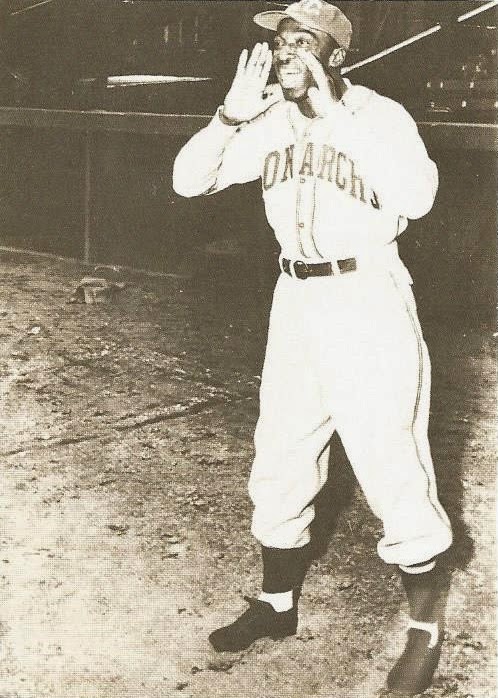 How's that for a start?  I love Charles Conlon's photography and have a good majority of the sets that came out in the early '90s.  I had never seen these fantastic sepia-toned cards featuring his work before.  This is actually my very first card of James "Cool Papa" Bell, something I plan to change soon. 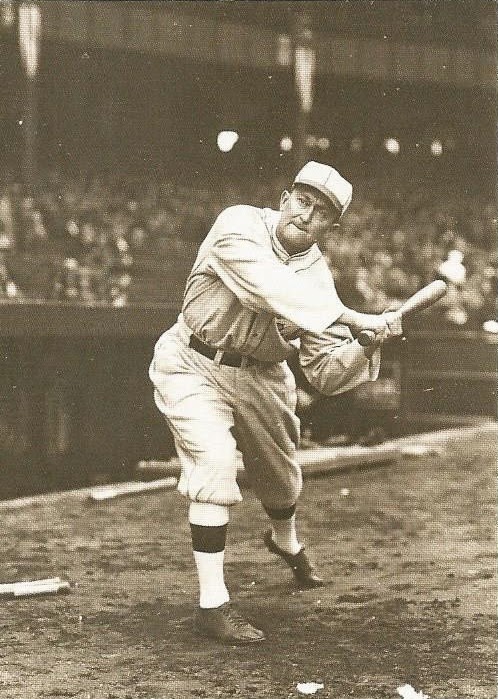 I think most fans of baseball history will recognize this guy instantly.  Apparently these cards were released in 1988, and given away at Hardee's locations.  They were sponsored by Coca-Cola, and as you can see there's not really any design to speak of, just a full-bleed photo.  Fine with me, as these are gorgeous! 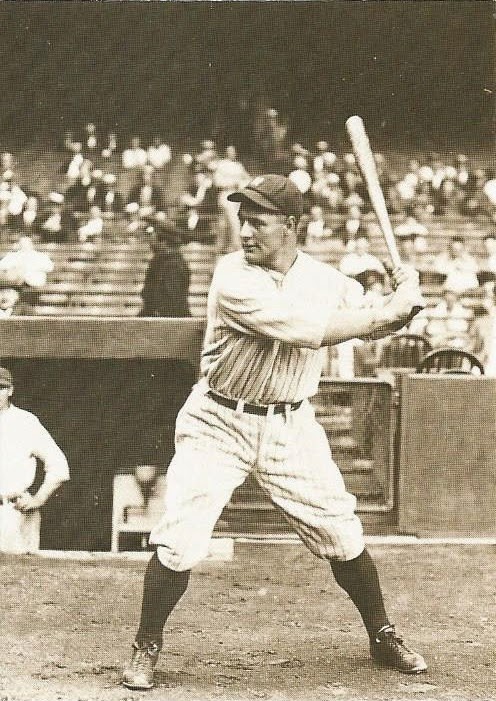 There are just six cards in the set, with one new card being introduced per week over the course of a month and a half.  Lou Gehrig is my personal favorite photograph out of the group.  I love the table and chairs in the background below his outstretched arms. 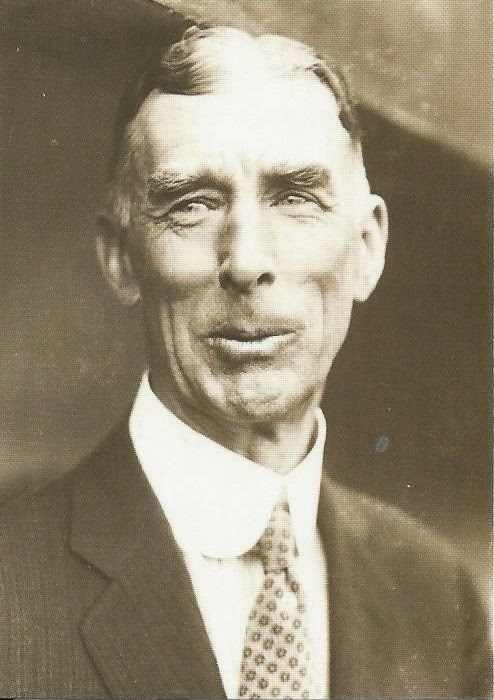 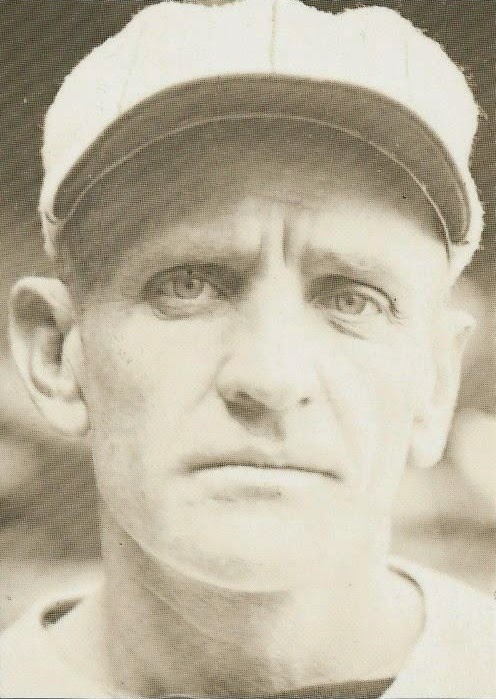 The last two cards are a little more obscure.  Can you tell who this is?  If not, I'll give you a hint.  He's well known due to his managerial career far more than he is for his time as a player.  Give up?  That is Casey Stengel! 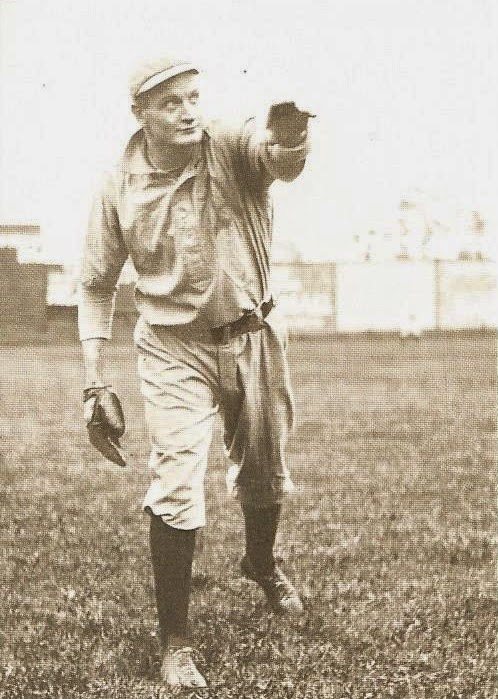 Rounding out the set is Rube Waddell.  To use the word strange to describe him would be an understatement.  Actually, I've got an entire post dedicated to Rube coming in the next couple of weeks.  That's a complete 1988 Conlon Hardee's Coke set right there, and I didn't have to eat a single cheeseburger!  I do love cheeseburgers though.  Maybe I'll have one tonight to celebrate. 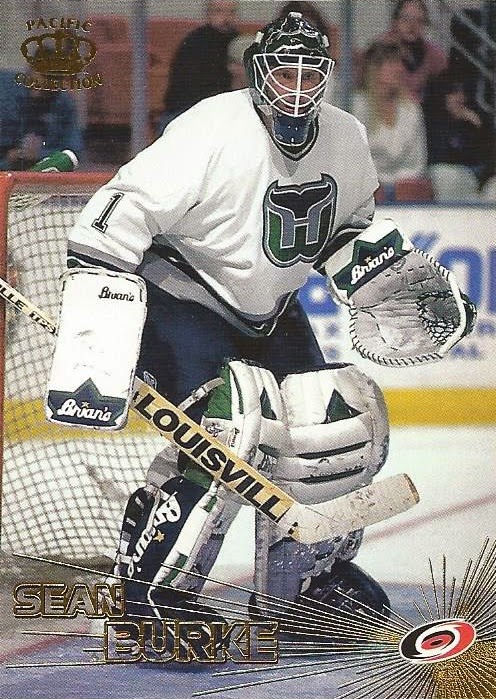 There was a note included with the cards that cautioned me not to ruin the "1 of 1" when removing them from their sleeves.  It turns out this was the card.  Doesn't look like a 1 of 1 to you?  It does when you flip it over: 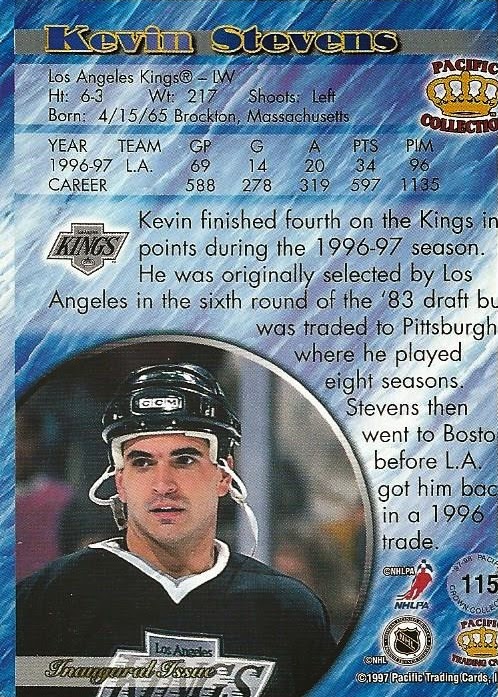 Wow talk about a printing error!  Hard to imagine how this got past quality control at Pacific, but the result is a pretty unique card for my Whalers collection. 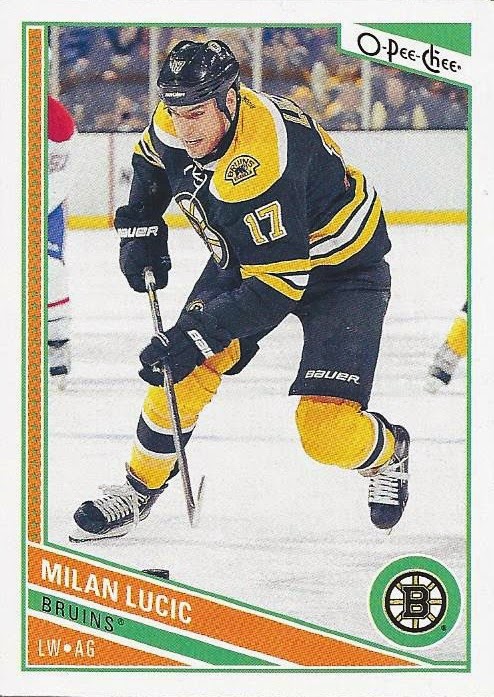 Marc is a daily reader of my blog, which I truly appreciate.  The result is that he knows what kind of cards I like, and his packages are always dead on the mark.  Not only that, but he must take the extra time to check my collection on Zistle before sending because I don't think he's ever sent me a single card that I already had.  What a guy! 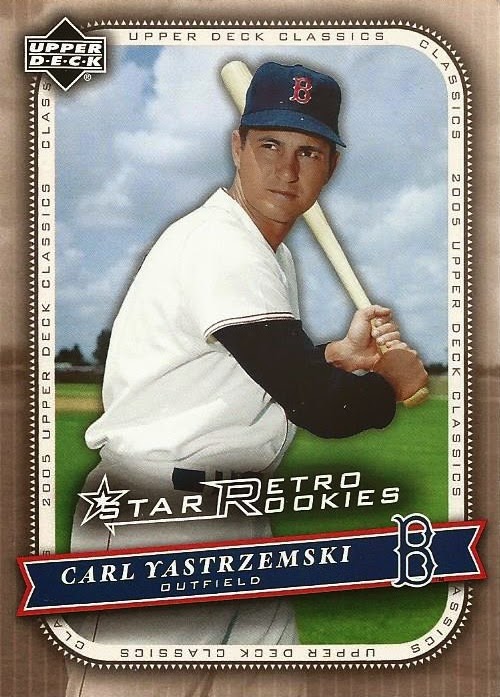 My 73rd unique Yaz card, getting up there... 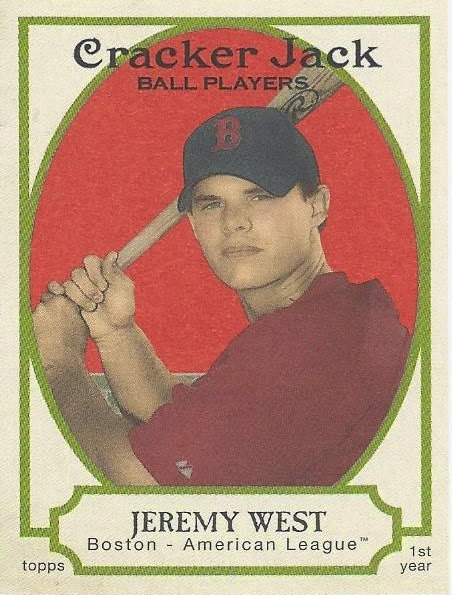 Marc knows I'm a Cracker Jack fan, and this one is awesome.  Doesn't matter to me that West never made the Sox roster, it's a Red Sox card I didn't have from a set I love. 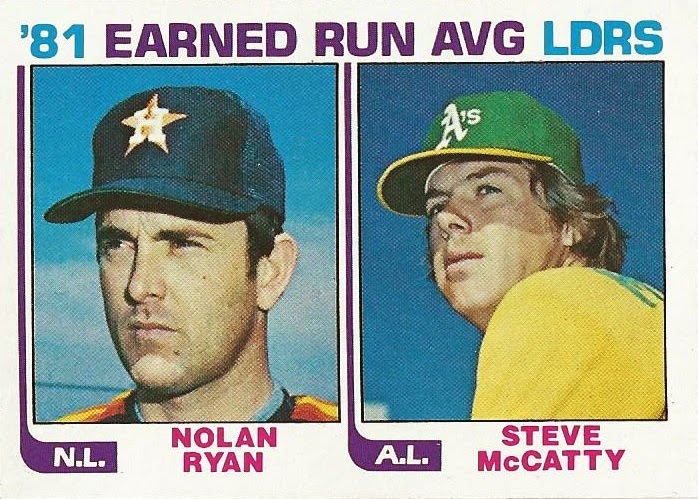 This 1982 Topps Ryan/McCatty ERA leaders card was maybe the highlight of the package for me.  I've been working on this set for forever now.  Marc already demolished my want list a while ago, and I've been whittling away at the stragglers since.  I'd been stalled out at 2 cards to go to finish off this set for a few months, and now that number stands at just 1.  If you happen to have a spare, mint, card #111 (Carlton Fisk In Action) lying around I'm interested! 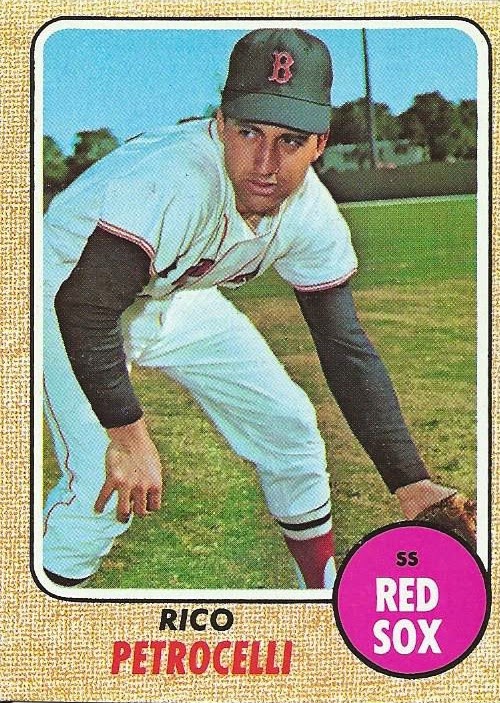 Closing it out, two more notches in my belt as far as the '60s Topps Red Sox run goes.  No everyday scrubs either, star and fan favorite Rico Petrocelli on the '68 Topps burlap design... 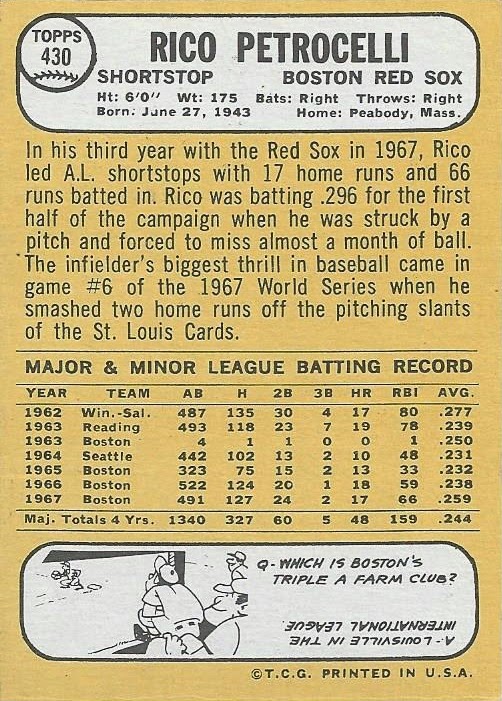 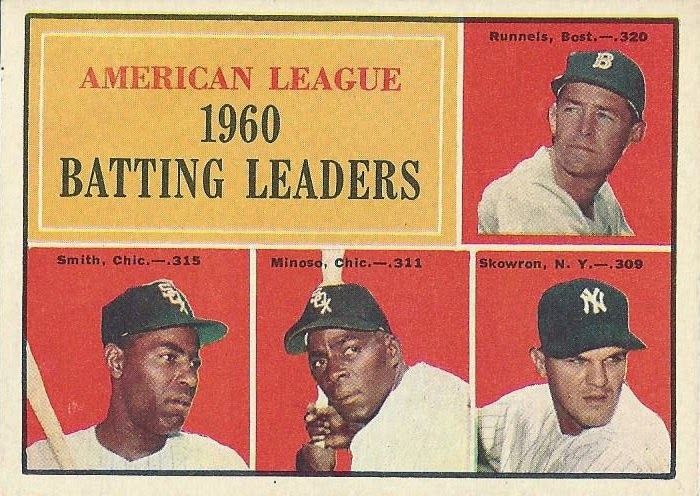 ...and Pete Runnels in the form of a 1961 Topps "Celebrity Squares" style (that's what it reminds me of, anyway) AL batting leaders card.  I'm ashamed to admit this, but I either didn't know or had completely forgotten that Runnels paced the league in batting in 1960.  What an awesome card, and in great shape too. 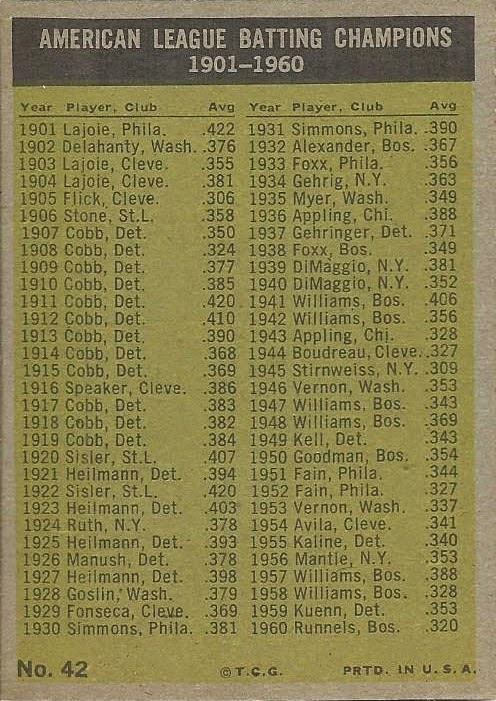 I love that the back lists every batting champ since the turn of the 20th century.

Marc, what a great bunch of cards, thank you so much!  It's been great getting to know you and talking cards over the years, and hopefully we can meet up at a show soon.  Your generosity is truly appreciated!
Posted by shoeboxlegends at 6:19 PM

Glad you enjoyed the cards. Next stack is already piling up.