It's been a looong while since I did one of these Ultimate Baseball Card Set posts. The idea is to find my favorite card across my entire collection for a given card number. I think I was subconsciously saving some of these for a day when I had a greater percentage of my collection cataloged, but it seems cards come in as fast or faster than they get scanned and processed, so now's as good a time as any!  Today let's look at card #170... 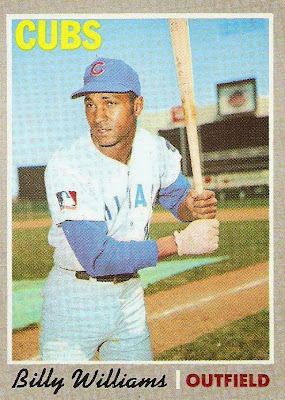 Being a multiple of 10, slot #170 has been home to some great players on many checklists over the years.  Quite often, at least in the Topps flagship sets, you'll have a second tier star or local fan favorite like Billy Williams here.  This is a solid card, and I'm warming up to 1970 Topps a bit, but it doesn't stand a chance against some of the other competition. 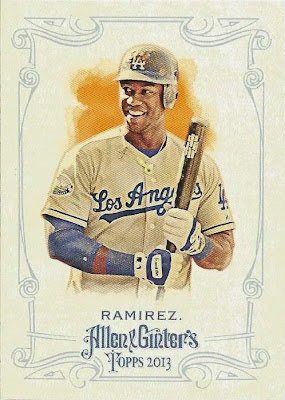 Here's a guy who's been absolutely roping the ball for the Red Sox this year, at least he was until he ran into the wall and hurt himself an hour or two ago now.  Even better, this Dodger was sent to me by everyone's favorite Dodger fan, Night Owl.  A nice enough card, but it's not even in the top 5 card #170s that I've got... 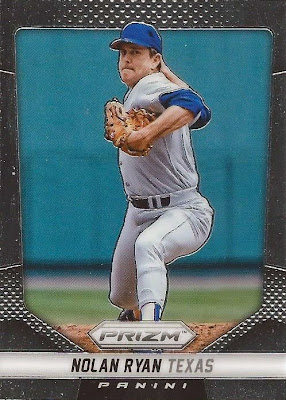 I think I've got enough Nolan Ryan cards to cover just about any card number, so of course I have one that's #170.  There's no way this logo-less Prizm card is going to come out on top. 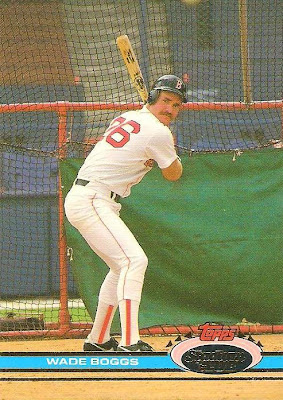 Hall of Famer?  Check.  Red Sox great?  Check.  Classic Stadium Club photography?  Check.  This Boggs has a lot going for it, but I think you'll agree that it doesn't deserve top slot. 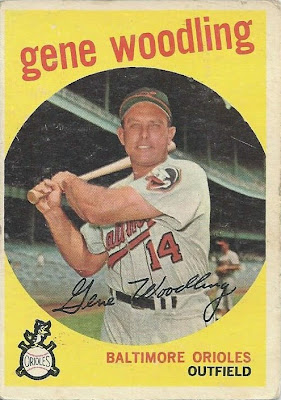 If there's one thing about my collecting habits that keeps getting reinforced as the years go by, it's that I enjoy vintage cards most.  Anything from the '50s or earlier just strikes a chord with me for reasons I can't explain.  I considered making this one my selection based on that killer shoulder patch alone, but in the end I found five #170s I like more... 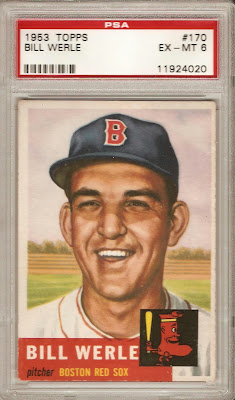 In fifth place, card #170 from my all-time favorite vintage set, 1953 Topps.  A Red Sox card from this set is always going to carry some weight if I'm judging.  Besides, look at that smile! 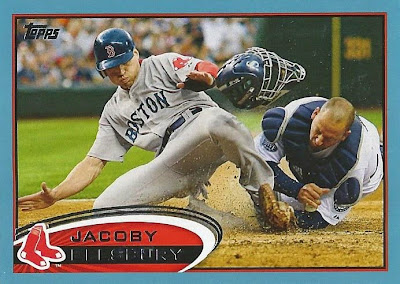 Leaping ahead of Bill Werle and into the fourth place slot is the 2012 Topps Jacoby Ellsbury card.  I think it's fairly obvious that the photograph is what propelled this one so high on my list.  One of the best examples of a play at the plate card that I can think of.  One of them anyway.  Before you get to thinking this list is going to be all Red Sox, the next card will prove that my bias only goes so far: 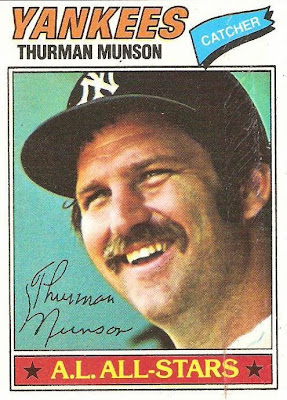 Obviously this 1977 Thurman Munson can't hold a candle to his '71 Topps issue (which I already selected when I did this exercise for card #5 previously).  Still, this is a nice shot of Thurman, and I like the perfectly positioned facsimile autograph.  My copy comes with bonus, authentic 1970s scratch marks along the right side of the card. 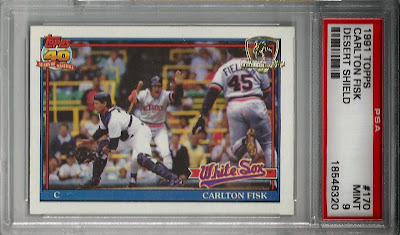 When I said the Jacoby Ellsbury card was one of the best play at the plate cards I can think of, that was a little bit of foreshadowing.  I like the '91 Topps Carlton Fisk even better.  This image is one of the best ever used on a baseball card as far as I'm concerned, and the folks who are responsible for cropping photos over at Topps nowadays could learn a thing or two from studying it.  As you can see, I enjoy this card so much that I actually tracked down a graded Desert Shield parallel.  This was a few years ago, and I can't say I'd bother doing that these days, but it cost me less than $20 and I do enjoy having it around. 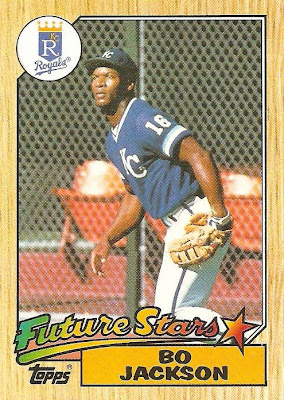 Yup, a true classic.  Nothing against the other cards, but I stand by my decision.  I'm not even a huge 1987 Topps fan.  If you really let it sink in, it's not the greatest photograph, mainly due to the chain-link fence backdrop.  The rainbow-colored Future Stars logo doesn't really fit with the muted, wood grain design.  For some reason though, when I look at this card I just smile.  I don't care if it's worth just ten cents, or whether there are 50,000,000 of this card in existence, to me it's perfect.
Posted by shoeboxlegends at 9:46 PM