One of the people I've been trading consistently with for the longest period of time is Douglas from the blog Sportscards from the Dollar Store.  He's one of the more generous people I've encountered in this hobby, and seems to spend as much time finding cards for others as he does for himself.  Recently he went on a shopping spree for me at one of the big card expos up in Canada! 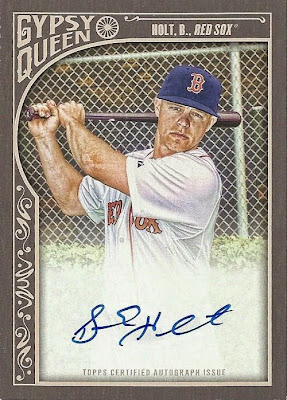 In the package that arrived containing the goods was this awesome, and brand new, Brock Holt autograph.  I hadn't even had a chance to pick up a single pack of this stuff yet and already Douglas has hooked me up with one of the Red Sox from the autograph checklist.  I love Gypsy Queen autos because they always seem to be on-card.  This is also my very first autograph of the team's super utility player from the past couple of seasons. 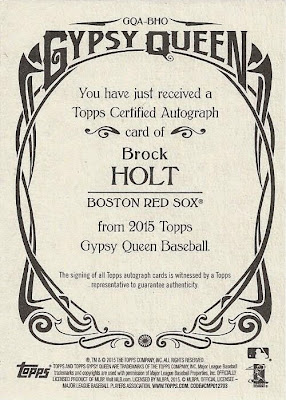 Honestly, this one card alone would have made for a really terrific PWE.  It's not every day that someone sends me a certified, on-card Red Sox auto.  If you know Douglas though, you won't be surprised to learn that this was just the tip of the iceberg.

As has happened so many times now over the years, my Whalers collection got a huge boost from Douglas... 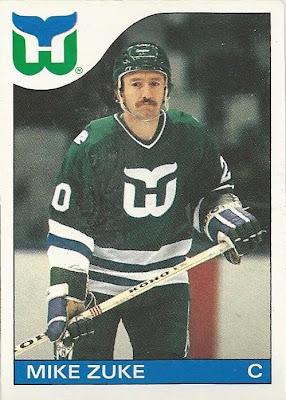 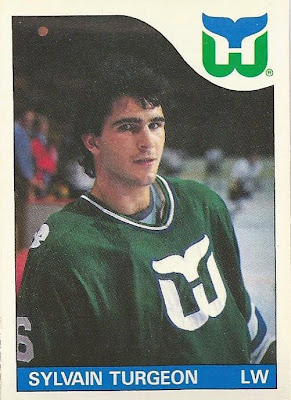 Was is the key word there. 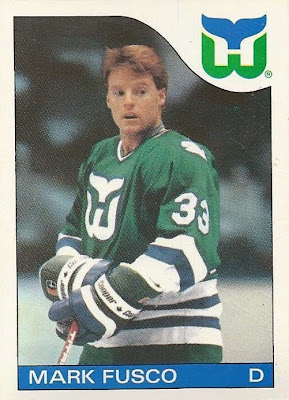 I found 9 of them in this package. 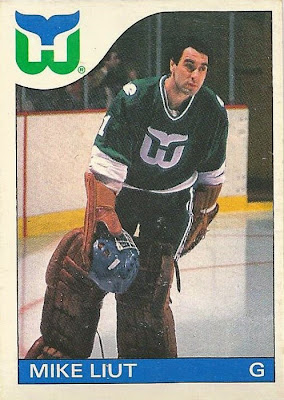 Every one of which I needed. 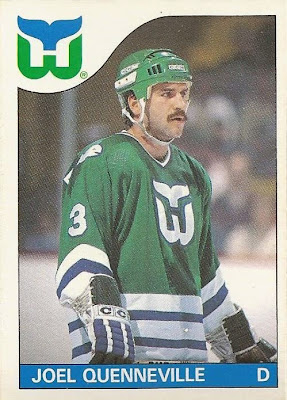 These are in great shape too! 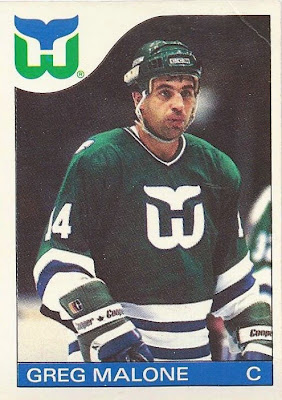 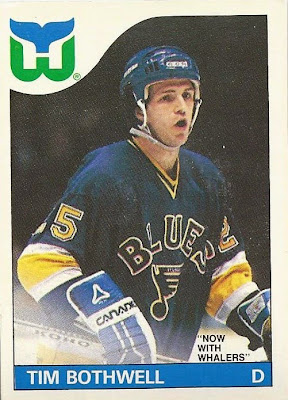 My only Whalers card of Tim Bothwell. 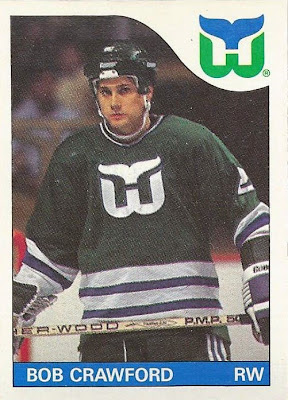 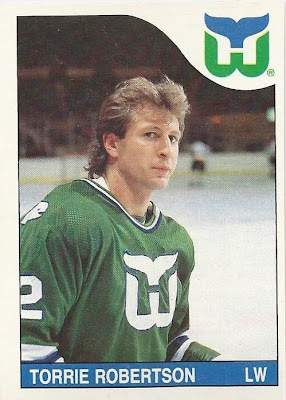 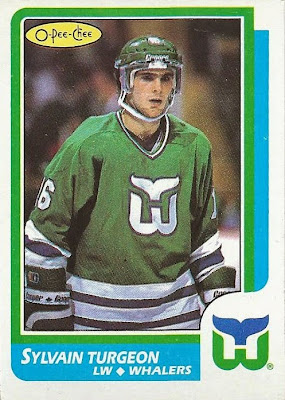 Douglas even sniped a few other choice '80s needs off of my Zistle want list. 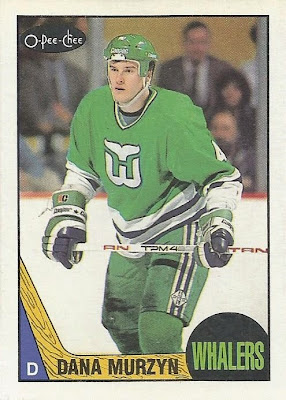 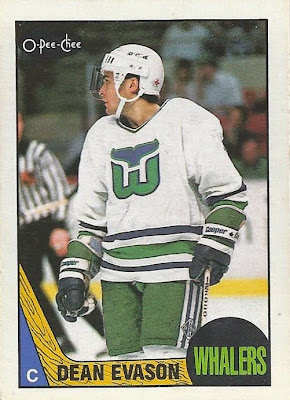 I just never seem to find '80s OPC singles at a decent price around here, but with friends like Douglas I guess it's not a problem. 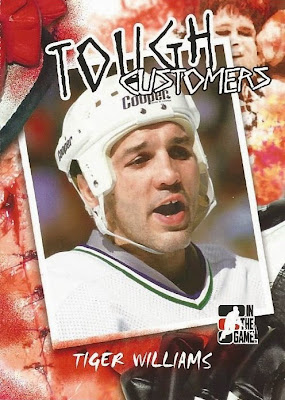 It wasn't all '80s cards as far as Whalers content goes though.  How about an obnoxiously busy 2005-06 In The Game Tough Customers card of Dave "Tiger" Williams? 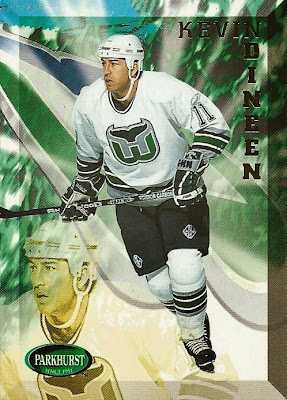 I've already received the emerald ice parallel of this same card from Douglas in a previous package, now I've got the base version as well. 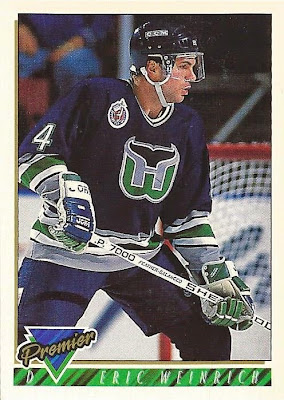 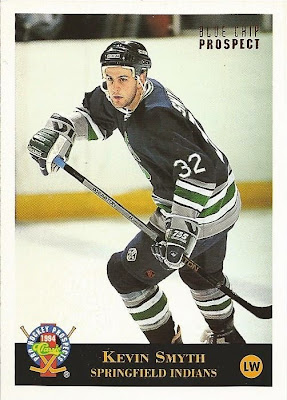 There's no way Douglas could have known this, but two of my favorite cards in the entire package were these Springfield Indians... 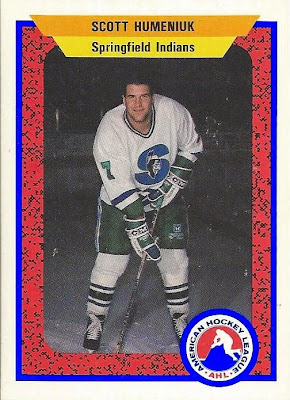 I saw quite a few Indians games back in the day.  Both of these cards come from the time period where they were affiliated with the Hartford Whalers, so I count them both in my Whalers collection. 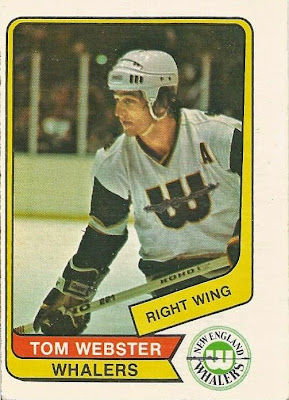 Man, even the New England Whalers were covered in this one!  This is just my second from the '76-77 OPC WHA set.  Great look at the harpoon logo on Webster's sweater.  The best thing about this card though is that it represents my 1,400th unique Hartford Whalers card!  Not too bad!  I must be getting close to at least one of the most comprehensive Whalers collections out there.  1,500 here I come! 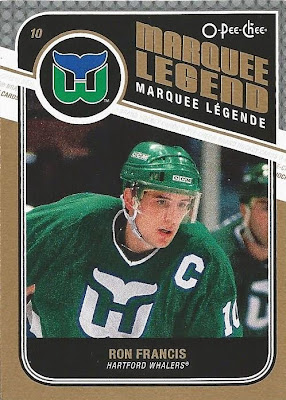 I had the rainbow foil, and retro parallel versions of this card, but not the original until now.  Go figure. 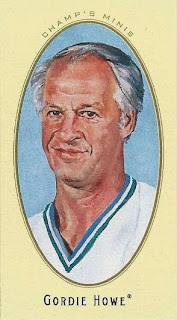 Closing out the Whalers content (at least as far as cards go) is this nice Gordie Howe mini from 2011-12 Parkhurst Champions.  I think I've mentioned it before but I think this would be a really fun set to bust a box of someday.  Looks like they're under $50 now, tempting... 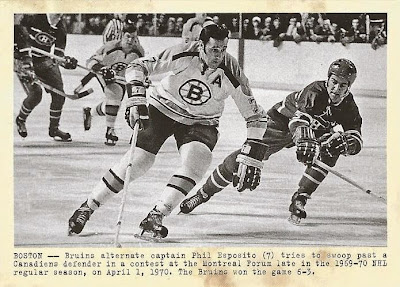 One more from Parkhurst Champions.  These wire photo cards are probably my favorite element in the entire set.  There are autograph versions that are absolutely some of the most beautiful hockey card autos I've ever seen, but they always sell for way more than I'm comfortable spending on a modern hockey card.  Just an awesome photo here with a certain #4 lurking in the background. 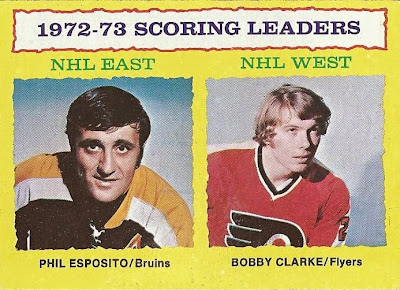 Score!  I had no idea this one was coming, and it's one of the last few significant cards I needed towards the '73-74 Topps set.  With this one slid into its binder slot I'm now just a handful of cards from completion, with no real major big names left.  Since I'm so close now, I've gone ahead and put up want lists for the next two hockey sets I'm going after; '72-73 and '71-72 Topps.  If you've got any kicking around look me up!

Now, for the final and most random item of the package, here's a Mark Howe figurine: 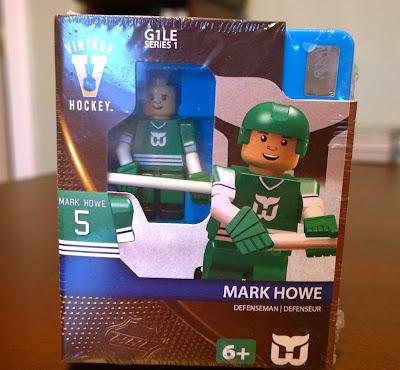 I know these aren't technically Legos, but they might as well be.  I've seen these on a few blogs but never in person before until now.  As someone who enjoyed Legos quite a bit as a kid, these are kind of cool.  Of course, any obscure Whalers memorabilia is a win in my book. 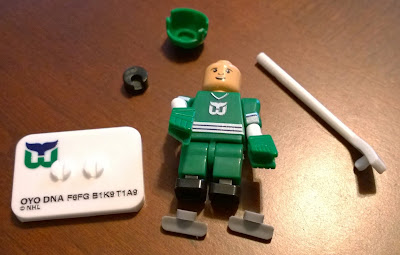 Obviously I opened it up, I mean what good is a toy that you can't play with?  As you can see, Mark comes with quite a few accessories, as well as a base to stand on.  I love that the skate blades can be removed. 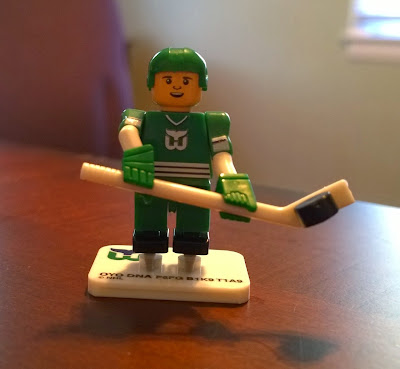 Here he is all assembled, with the puck on his stick. 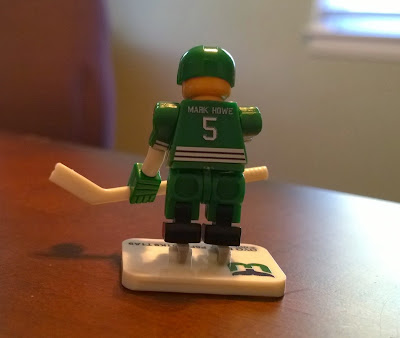 We've even got name and uniform number on the back.  This is definitely one of the coolest and obscure pieces of Whalers merchandise I've got, and fits perfectly on the bookcase shelf in my card room/office.

Douglas, you've really outdone yourself with this one.  Thank you very much for the great Holt autograph, all the Whalers, and the Howe figure.  I picked up enough singles for you at the hobby shop Friday to get another PWE in the mail this week!
Posted by shoeboxlegends at 9:16 PM

The fact that the Howe figure comes with FNOB is freaking AWESOME!

That Howe figure is awesome! Bring back the Whalers!

What else do you have in your Whalers collection?