The events of Friday night left me a few beers deep with $35 in my pocket and about an hour left before the hobby shop in my area closed. I spent the first few bucks on 3 singles from the glass case full of 60's and 70's baseball cards. 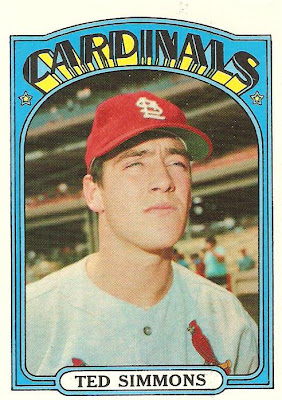 1972 Topps Ted Simmons - 1972 Topps is one of my all time favorite set designs, which seems to be the case for a lot of collectors out there. I usually try to grab at least one or two singles whenever I run across them. When I saw this absolutely mint Ted Simmons card for 75 cents I snatched it up. Ted is one of the most under-rated players out there in my opinion. He played for 21 seasons and finished an 8-time All-Star with more career hits than notable backstops like Carlton Fisk or Yogi Berra. Will he someday be elected to the Hall-of-Fame by the Veterans Committee? 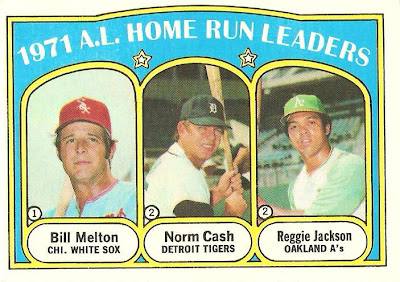 1972 Topps A.L. Home Run Leaders - Like I said, I had to grab a couple of 1972 Topps cards, but I chose this one primarily because until this pick-up my meager collection did not consist of a single card of Reggie Jackson from his time with the A's. While his 1969 Topps rookie may not be in my budget any time soon, this home run leaders card fit the bill for $1.50. 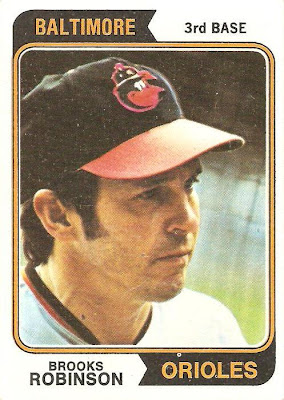 1974 Topps Brooks Robinson - The Orioles have always been my second favorite team behind the Red Sox. They've got a great history, a beautiful ballpark, and Cal Ripken Jr. was one of my 3 favorite players growing up. With the Red Sox playing 3 at Camden Yards over the weekend it seemed appropriate to pick up this Brooks Robinson for $2.75.

3 pretty good cards for $5 if you ask me. Check in tomorrow for part 2!

Posted by shoeboxlegends at 8:30 PM

Nice haul. I agree about Mr. Simmons. He could swing the bat.