Here are five more random cards from the bag in my closet... 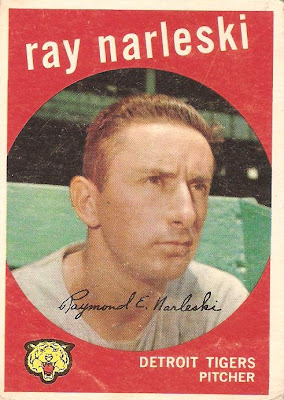 This 1959 Topps Ray Narleski came from the dollar box at the hobby shop, and is in well-loved condition.  I don't know much about Ray, but it looks like injuries forced him into an early retirement.  He never pitched in the bigs again after the '59 season. 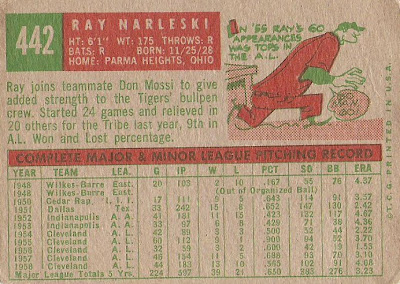 This card's a little off-center and has plenty of wrinkles, but when you see a card you don't have that's over 50 years old for a buck you have to buy it.  It's one of the rules of collecting. 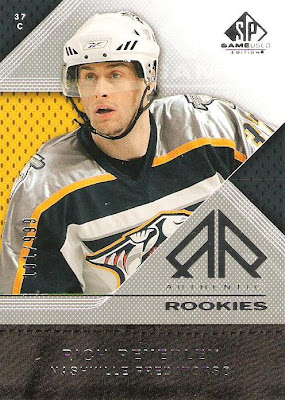 Here's a Rich Peverley rookie from 2007-08's SP Game-Used set, numbered to 999.  I actually ended up with this card long before Rich was dealt to the Bruins.  It came in a small lot of these that I purchased because I wanted the David Krejci.  I'm not particularly attached to it, so if anyone would like it this card is definitely up for trade. 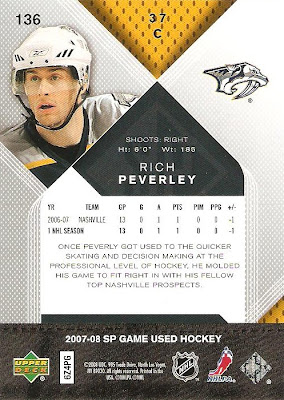 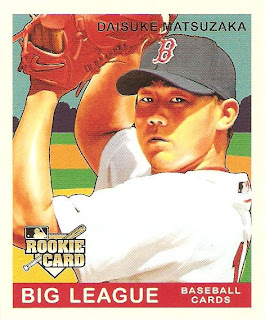 Here's a Daisuke Matsuzaka rookie from the 2007 Upper Deck Goudey set.  This one's appropriate as Matsuzaka will be making his very first MLB start since last year's Tommy John surgery in about half an hour.  This guy can either be really effective, or absolutely maddening to watch.  As a Sox fan, I hope we get the former this afternoon. 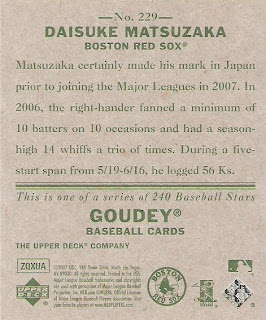 These were actually the first cards I bought in pack format when I returned to collecting in 2007.  I think it's a great set.  I need to get around to organizing all of mine and getting my want list updated.  I'm fairly sure I have the entire 200-card short set and maybe half of the SPs. 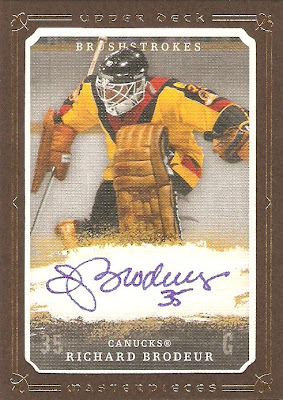 My favorite card from this bunch is this 2008-09 Upper Deck Legends Masterpieces Richard Brodeur.  If I see these cheap I will always grab them.  I think this card only set me back around $5 shipped.  I love the framed look and the fact that they're all on-card.  That is one busy Canucks sweater right there. 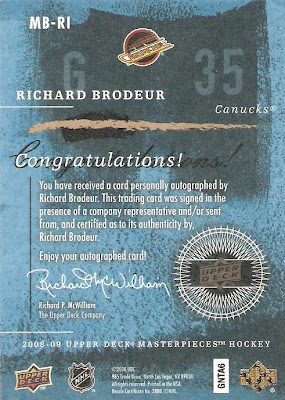 Unfortunately, the backs of these are as atrocious as the fronts are beautiful. 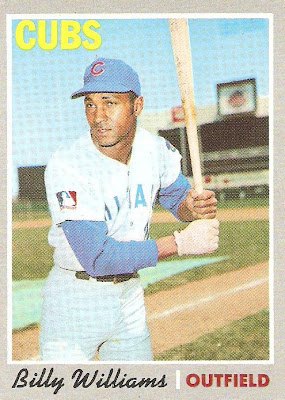 Finally, we have a 1970 Topps Billy Williams.  This one came from the hobby shop as well.  I think I paid about $3 for this one, just couldn't leave it there at that price in this condition. 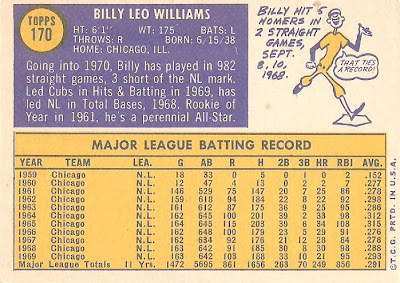 That's all I've got time for today, hopefully a more substantive post will be up soon...
Posted by shoeboxlegends at 3:32 PM