A few weeks ago I just happened to search eBay for the final couple of cards I was missing from the 2001-02 Topps/O-Pee-Chee Archives hockey set.  I don't usually go the eBay route for commons like these so I'm not sure what made me check, but I'm glad I did.  I found a seller offering both with a starting bid of just 40 cents (less than I've paid for singles from this set from COMC in the past), and free shipping. 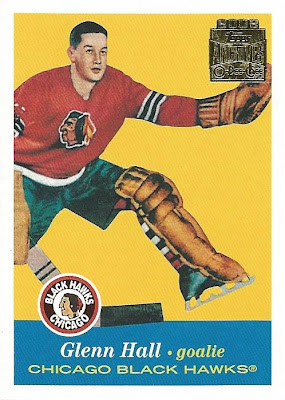 A week or so later Glenn Hall here arrived in my mailbox, the penultimate card towards my set.  Closest thing I have to a 1957-58 Topps Hall rookie for now.  Like all the cards in this post, it was had for the opening bid of 40 cents. 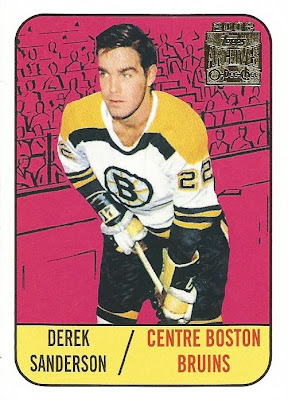 Packaged alongside Glenn was this awesome Derek Sanderson, the 81st and final card in my 2001-02 Archives set.  Feels good to cross this one off the list given that I've been at it casually for a couple of years, and even better to do so for less than $1 shipped.  I decided to take a look to see whether the seller was offering anything else worthwhile given the free shipping.  I ended up with three more cards... 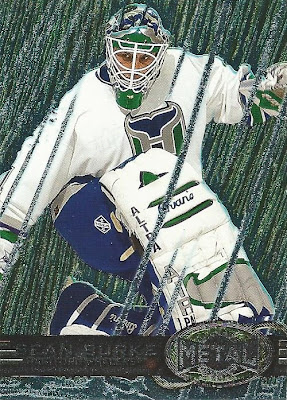 An absolutely awesome Metal Universe Sean Burke.  This card has made me move this team set up the priority list in terms of my Whalers collection. 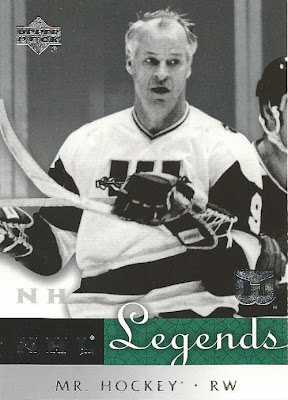 This Gordie Howe from the 2001-02 Upper Deck Legends set was too good to pass up, especially with the WHA's New England Whalers jersey present.  This one pairs nicely with the game-used Howe stick I have from the same set. 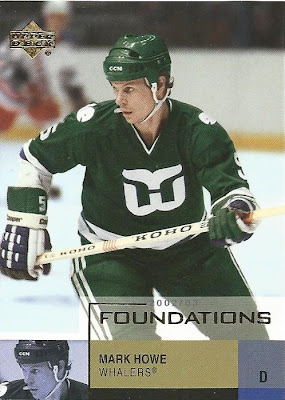 Finally, we have Gordie's son and fellow Hall-of-Famer Mark, from 2002-03 Upper Deck Foundations.  I already had Gordie's card from this set, so Mark is a nice addition.

A completed set, and five cool cards for a tidy $2, I'd call this an eBay success...
Posted by shoeboxlegends at 8:36 PM