Getting back to my buyback franken-set on this sunny Friday, let's check out another ten cards and see how they fare... 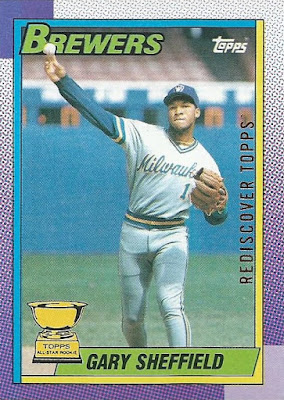 A great start today with a Topps All-Star Rookie Cup card from one of my favorite sets.  I was pleased to find that this one made the binder uncontested as my first #718 buyback.  Sheffield is represented fairly well now, with each of his first two major Topps releases now included. 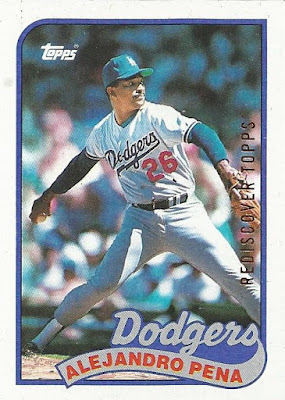 Next up is an '89 Alejandro Pena.  Pena and the Dodgers were just coming off of their improbable 1988 World Series victory against the powerhouse Oakland A's team when this card was printed up.  Unfortunately for Alejandro, when it comes to the franken-set he gets pitted up against one of my favorite buybacks from recent months: 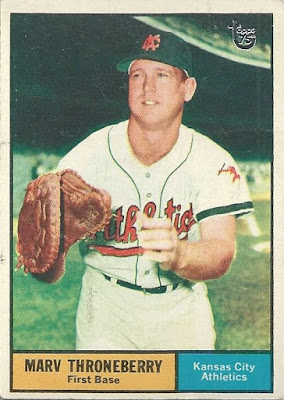 I'm very biased here, as Marv Throneberry shares my birthday, which is the primary reason I picked this one up to begin with. 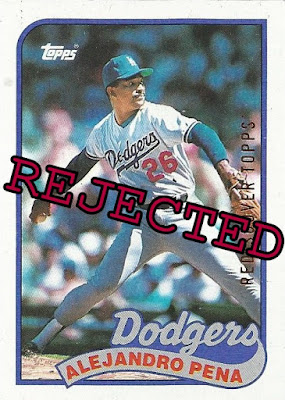 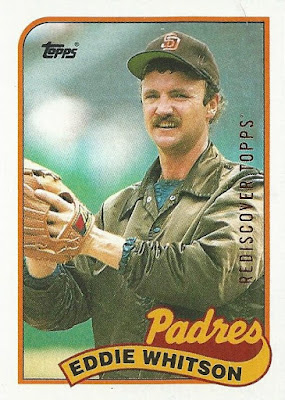 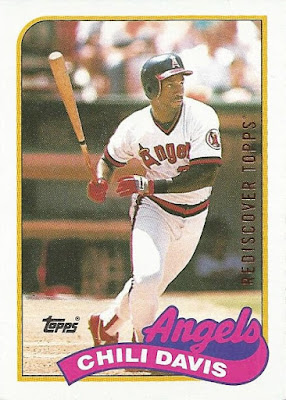 One more 1989 buyback for today, the great Chili Davis!  Chili was the first player born in Jamaica to appear in an MLB ballgame.  He was a 3x All-Star during his career, and won three World Series' as well.  These days he's serving as hitting coach for the Boston Red Sox.  This one makes the binder as well! 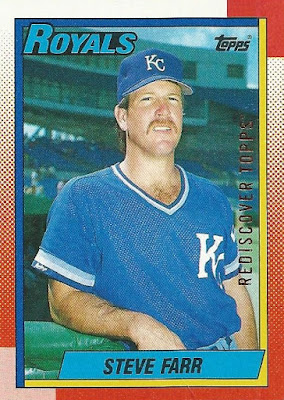 How about another pair of buybacks from 1990 Topps, the set everyone loves to hate?  Steve Farr was a closer for most of his career.  He pitched for five teams, but spent the bulk of his time with the Royals (the team with which he won a World Series in 1985).  This one makes the binder, let's check out the other... 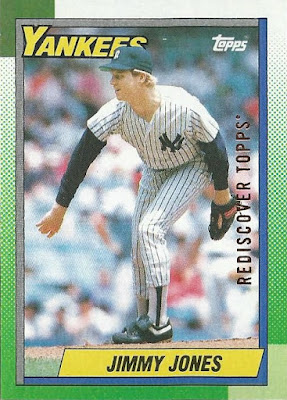 Jimmy Jones here brings me to 19 total 1990 Topps buybacks now.  He pitched a few seasons in MLB, then finished his career overseas with the Yomiuri Giants.  I'm still not sure I'll ever really go off the deep end and attempt a complete 1990 buyback set, but I'm happy to have almost 20 of them piled up now.  I already had a #359 buyback in the binder: 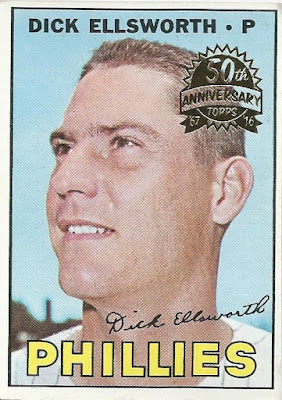 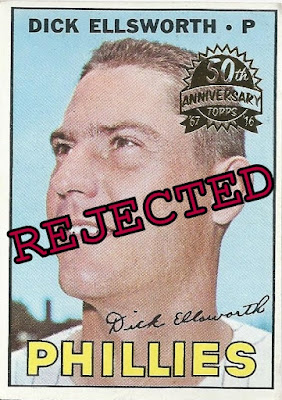 Didn't have to think long about this one, as a buyback from my first childhood set is going to beat a cap-less photo from the '60s nearly every time. 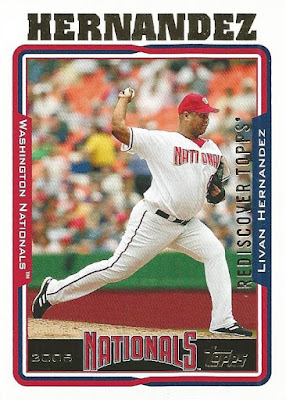 Next we've got Cuban hurler Livan Hernandez on the 2005 Topps design.  Livan was an original Washington National, as he was with the team during their transition from Montreal.  He was the World Series MVP when the Marlins won it all in 1997, and actually hung around the big leagues all the way through 2012. 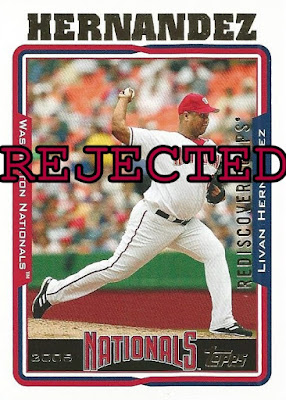 Unfortunately this buyback comes from the 2005 Topps Updates & Highlights set.  At this point in the project I'm not including Updated/Traded cards, so this one is off to the reject box.  Maybe at some point down the line I'll try my hand at an Update/Traded buyback franken-set if I ever finish the standard one I'm working away at now... 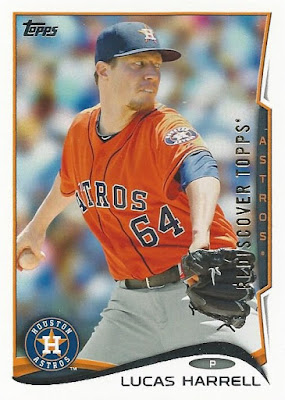 Here's one of the more recent buybacks I've encountered to date; it's definitely sort of odd to see a card from 2014 in buyback format.  Lucas Harrell was actually designated for assignment in April of 2014, and since then has bounced around with the Diamondbacks, Tigers, Braves and Rangers, and even played briefly in South Korea.  These days he's pitching in the minor leagues with the Blue Jays organization.  In the absence of another #419 buyback he makes the franken-set for now. 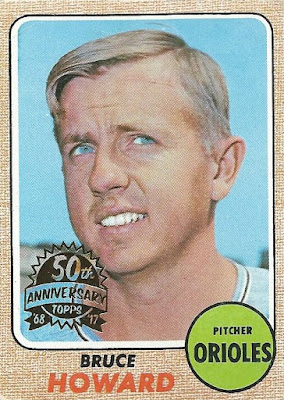 Don't know the first thing about Bruce Howard, who pitched in the Majors for just a handful of seasons in the mid-'60s.  1968 would actually be his final season, and he split it between the Orioles and the Washington Senators. 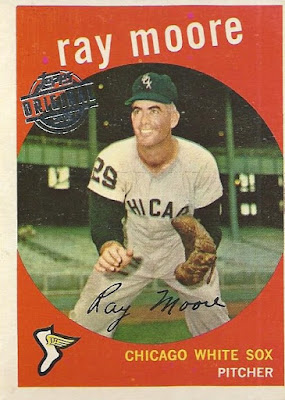 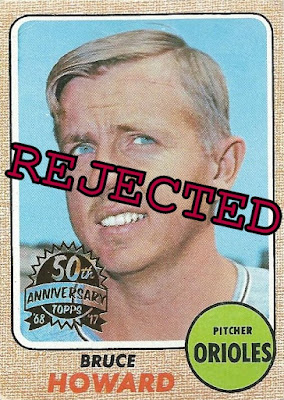 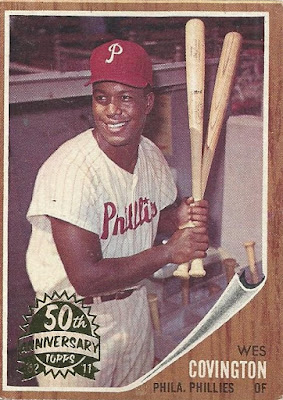 Last card, and probably my favorite from today's grouping.  Wes Covington was the recipient of some great cardboard over the course of his career.  While this one isn't quite as nice as his fantastic 1961 Topps issue, I still jumped at the chance to purchase this buyback from COMC for $1.24. 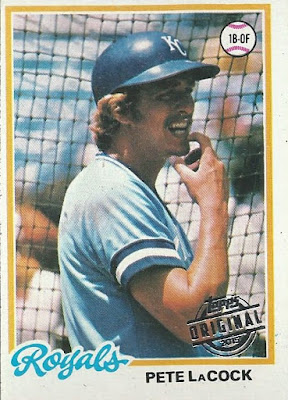 Turns out I already had a buyback of the infamous Pete LaCock in slot 157. 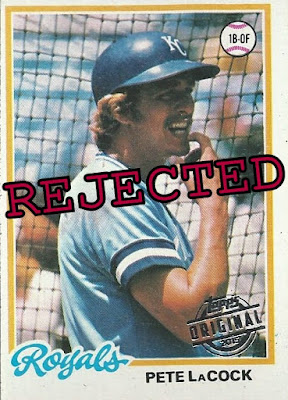 Even the legendary Pete LaCock was no match for that sweet double-barrel Covington, though.

50/50 split today between new numbers and conflicts, not bad at all at this stage of the endeavor!  I'll be back over the weekend or early next week with the next batch for evaluation...

That Covington card is super. What a great addition to the BB frankenset. If you'd have 'rejected' it I'd have taken you off my blogroll in protest!! ;-)

Always love seeing Marvelous Marv get a mention around the blogs.