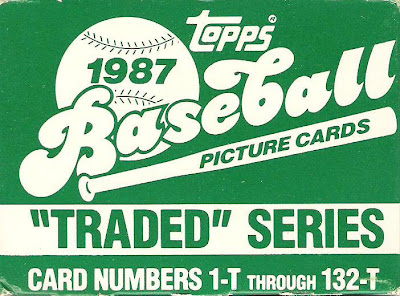 I always liked the 1987 Topps set, but I never had any of the Traded series, so when I saw this set for just a few bucks I couldn't resist. As the box indicates this is a 132 card set. Over the past couple of weeks I scanned in all 132 cards and updated the Zistle library. One trend I noticed was that there are quite a few cards of players who seem to be confused. Like this guy: 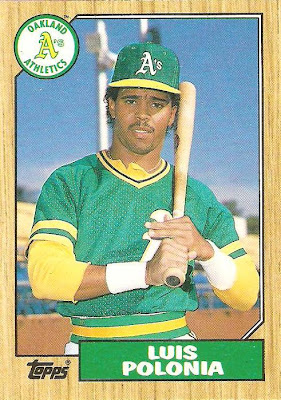 Maybe there was something in the air in Oakland, Gene Nelson seems thoroughly confused as well... 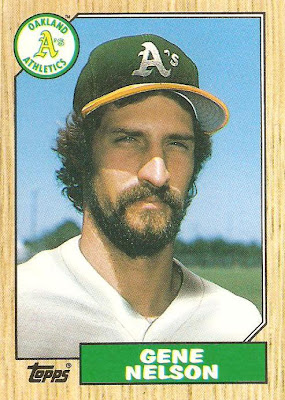 There are plenty of examples, here's just one more: 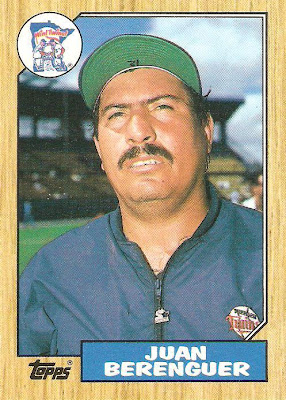 It's not all confused nobodies that comprise this set though, here are some of my favorites: 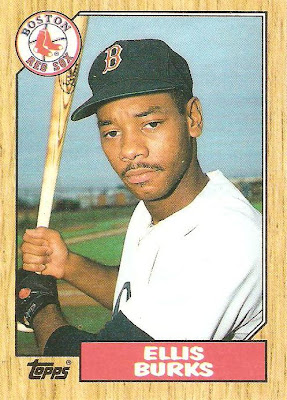 #14T - Ellis Burks - Definitely can't complain about an Ellis Burks rookie, he's a very under-rated player in my opinion. He turned in some really great seasons. I always forget that after bouncing around the majors he returned to the Red Sox in 2004, making 37 plate appearances in 11 games, including 1 home run. Hey, it was good enough to get him a World Series ring with the team he began his career with. Pretty good story... 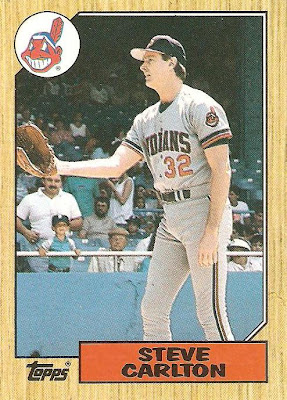 #19T - Steve Carlton - Speaking of guys with lengthy careers... For some reason, at least on all the 80's Traded cards I've seen, Topps used what I would consider a slightly better quality cardstock with a lighter back: 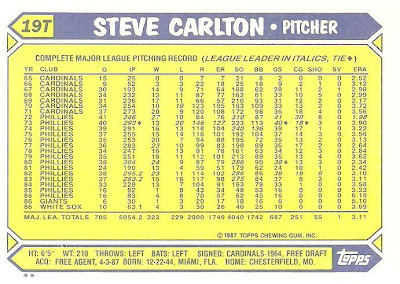 As was par for the course in this era for Topps, full career statistics. Look at those numbers for Carlton, not a bad career huh? 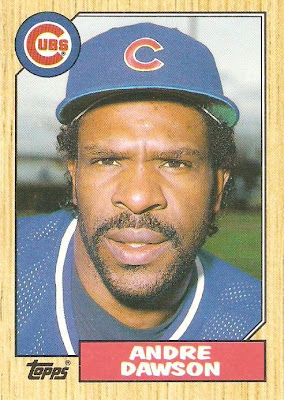 #27T - Andre Dawson - The Hawk's card is one of the funnier cards in the set. What an odd photo to choose. The story behind this card is even better though. If you don't know the tale, Dawson was struggling to find work after his final season with Montreal in 1986. Dawson tried in vain to persuade the Cubs to sign him during the off-season, since the natural grass at Wrigley would treat his damaged knees much more kindly than the artificial turf at Olympic Stadium in Montreal. The Cubs refused though, and desperate to play with the team Dawson and his agent arrived at training camp with a signed blank contract, asking the Cubs to simply pay what they thought was fair. The Cubs finally conceded and signed Dawson to a $500,000 contract, with an additional $250,000 in incentives. How did the Hawk respond? How about revitalizing his career with a .287/49HR/137RBI season in which he led the league in Home Runs and RBI, was named an All-Star and National League MVP, and was awarded a Silver Slugger and Gold Glove award! Dawson's '87 Topps base card depicts him as an Expo, so this Traded card is pretty cool given what it signifies... 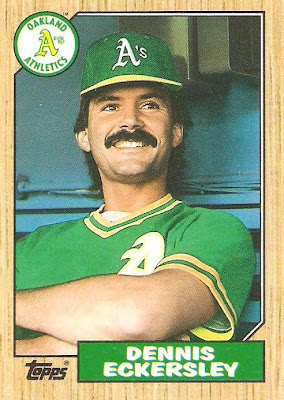 #31T - Dennis Eckersley - Dennis is smiling widely here, and why shouldn't he be? Given what's to come in the years ahead in Oakland, he's got reason enough to be happy. 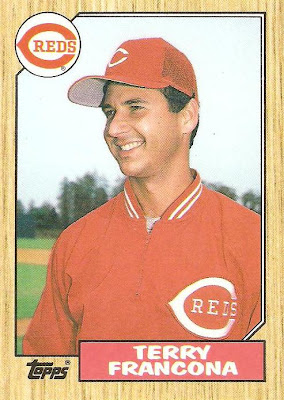 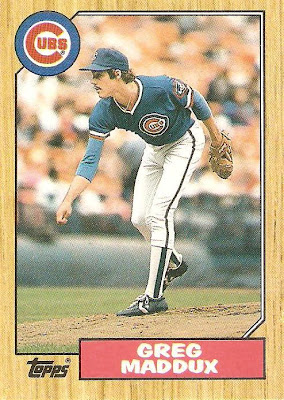 #70T - Greg Maddux - Probably the most well known card in the set, this is the very first Topps card of the pitching whiz. 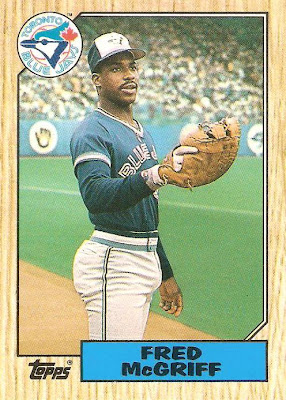 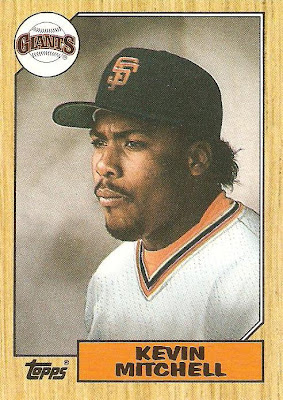 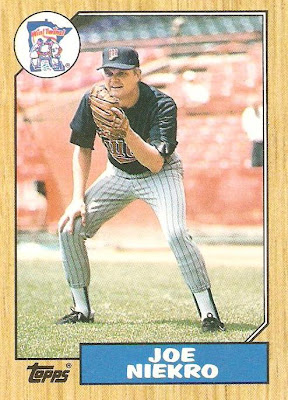 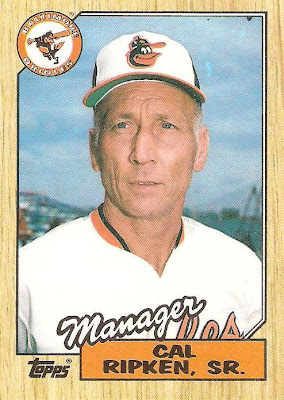 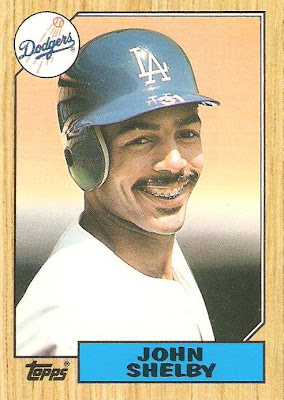 #112T - John Shelby - I can't tell from the photo, but I wonder if the elastics on those braces are Dodger blue? 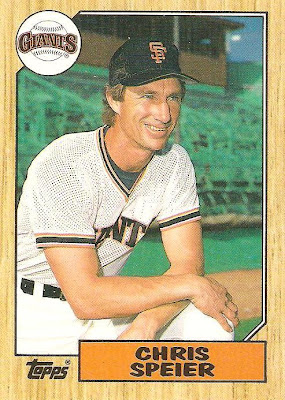 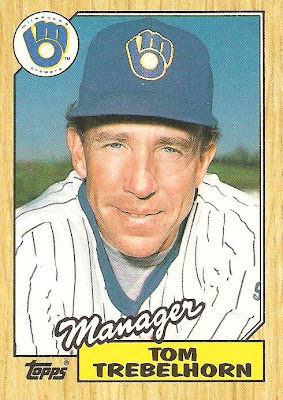 #121T - Tom Trebelhorn - Tom gets the prize for subject in the set who could most easily be a Tolkien character. He's the clear cut winner in both name and look. 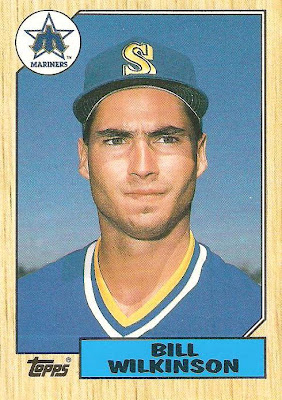 #127T - Bill Wilkinson - Is it just me, or is Wilkinson's face extremely angular? 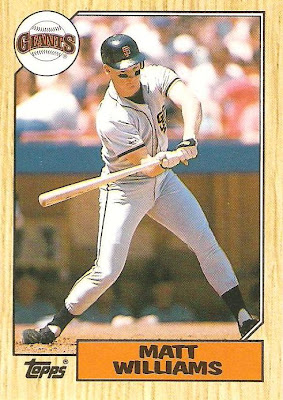 Well there you have it. This was well worth the low price I paid for it. So what if there are millions of these printed? For a few bucks you've got rookie cards of a surefire Hall of Famer (Maddux), a likely Hall of Famer (I hope McGriff's 493 HR will get him in someday), the final Topps cards of a couple of Hall of Famers (Carlton & Jackson), and a couple of cards that signify some pretty cool historical events (the Dawson signing by the Cubs, and Eckersley's revival with the A's). I'll take that any day!
Posted by shoeboxlegends at 10:52 PM

There are still a lot of these I've never seen before. '87 wasn't a big collecting time for me, although it seems like it was for just about everyone else.

The 1987 Topps Baseball set is one of the classier designs from that decade. Now I want that set too.

By the way, the Traded Series cards were printed on "O-Pee-Chee" cardstock, if I remember correctly. I think that's why they are brighter and whiter.