One thing that seems to be on the verge of extinction is the hobby shop. It's a shame because to me one of the best parts about collecting was always taking a ride to the shop, picking up a few packs and making some small talk. I think big box stores and online auction sites/retail shopping will only result in fewer and fewer shops going forward. I hear people on many of the blogs I read lamenting the fact that there aren't any hobby shops within a reasonable driving distance of their house. Until recently, my scenario wasn't much different. When I first purchased my home there were 3 hobby shops within driving distance. The closest one burnt down in a fire. The next closest one has about an inch of dust over everything and it seems like inventory hasn't been updated or even looked at in years. The last is run by a somewhat grumpy guy who thinks all of his singles are worth "book" and overcharges for packs.

Over the weekend though I noticed a sign while driving around for a brand new hobby shop that just opened about 10 minutes from my house. I had some time to kill yesterday evening so I took a ride over to check it out. The place is small but so much better than my other options. The owner is a younger guy who collects himself and actually knows the difference between book value and market value. They have a good selection of modern packs, especially baseball and hockey which is perfect. They also have a lot of junk wax, which was thoroughly lacking at the other places nearby and is much appreciated. Best of all, they have dollar, quarter and 50% off monster boxes right in the front of the store. I was on a limited budget so I went right for the dollar box and picked out 13 singles. Here's what I got: 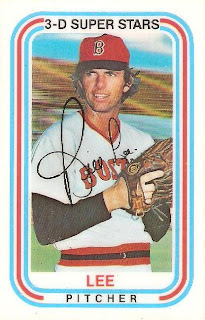 This 1976 Kellogg's Bill "The Spaceman" Lee was an easy decision. Even though he pitched before my time, he's a very interesting character. Besides, this is a nice edition to my Red Sox collection and I didn't have any 1970's Kellogg's cards before this purchase. 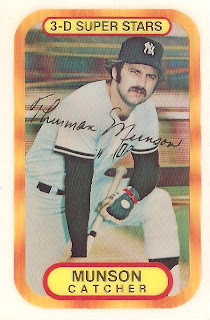 This was the only other Kellogg's card in the box, and it's from the 1977 series. Again, I didn't have any of these and Munson is one of the Yankees I despise least so I went for it. Truth be told, I probably would've grabbed these two Kellogg's cards regardless of who they were. The other 11 singles I got were all 1966 Topps: 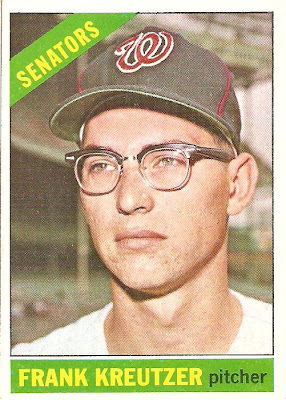 I think I chose this one just because I like older cards depicting funky glasses. 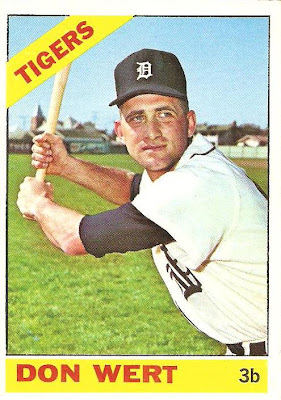 Don Wert had some interesting background scenery, a very green lawn and some odd buildings. 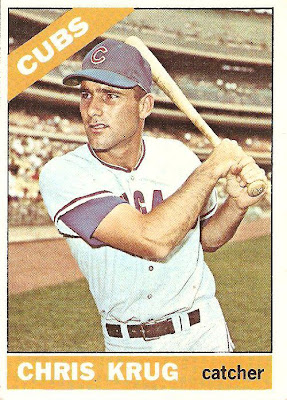 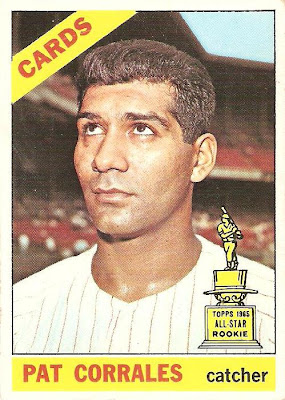 Probably my least favorite. I don't know why I even chose this one. Maybe it was the All-Star Rookie cup... 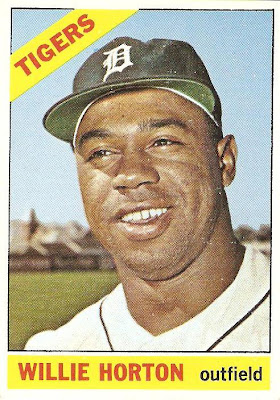 If you notice, this picture is taken in the exact same location as the Wert card above... 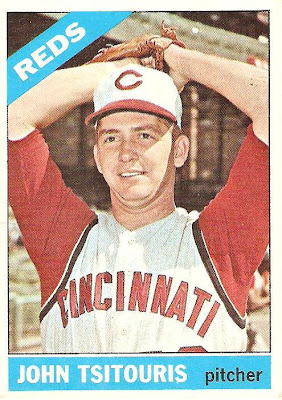 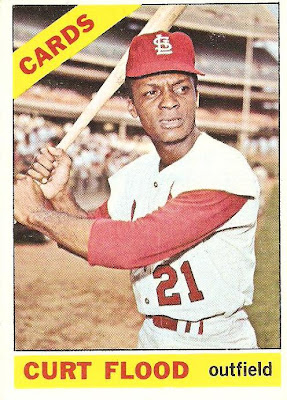 This one was a little off center top to bottom, but come on, a 1966 Flood for a buck! 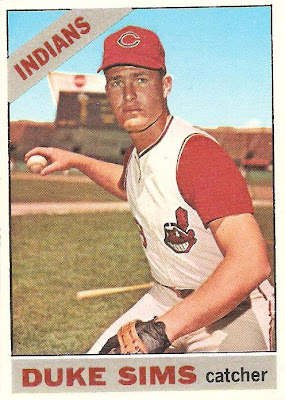 This one was also chosen primarily for background scenery. 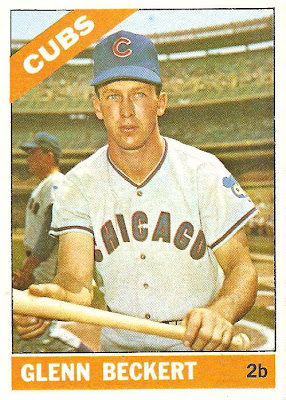 As was this one. One of the best photos in the bunch. 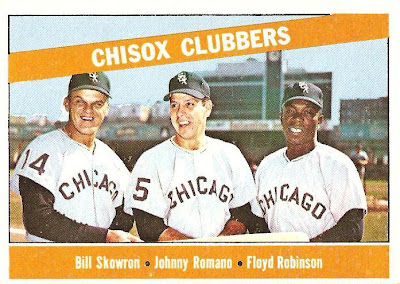 I'm a big fan of the combo cards that were so prominent in 50's and 60's Topps sets. I can't tell for sure but it seems like the player photos might have been superimposed over the background. Finally, the prize of the day: 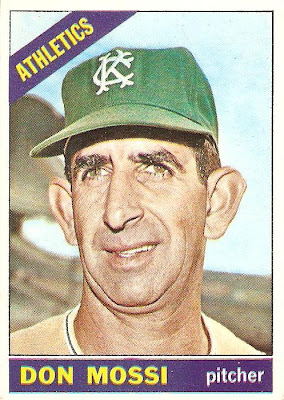 I can't believe it took me this long to add Mossi's legendary ears to my collection.

Not bad huh? These were in great shape too, not a crease or soft corner to be found, some with slight centering issues, others almost perfectly centered. I think I found my new hobby shop...
Posted by shoeboxlegends at 9:55 PM