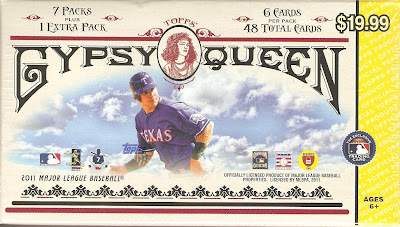 No, Gypsy Queen blasters did not suddenly reappear at the local Target. I actually bought this over a month ago but never got around to posting it until now. Seems as though this will be my one and only Gypsy Queen blaster. Since I've bombarded you with value packs recently I will skip showing every single card and just pick my favorite from each of the 8 packs instead. Short and sweet, here we go: 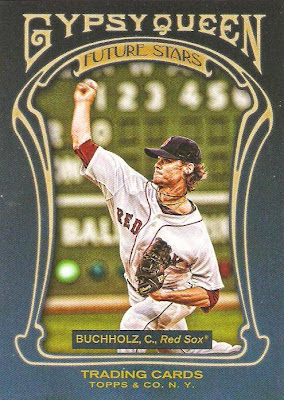 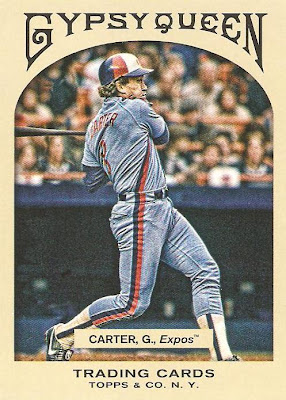 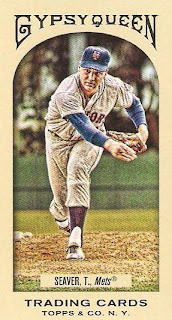 Mini #74 - Tom Seaver
This goes against my every instinct but for some reason I love the mini cards in this set. The Hall-of-Famers are especially nice. 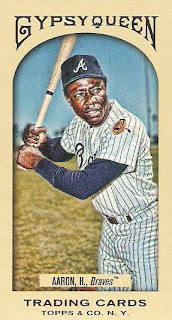 Mini #318 - Hank Aaron
This would've been my choice regardless, but it doesn't hurt that it's the red gypsy queen back variation: 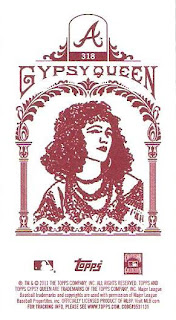 Easily my favorite card from the entire box... 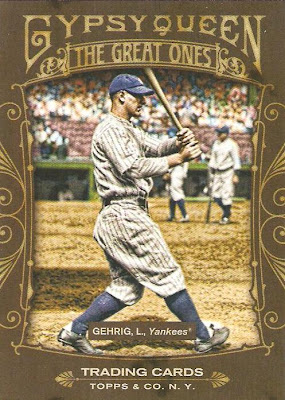 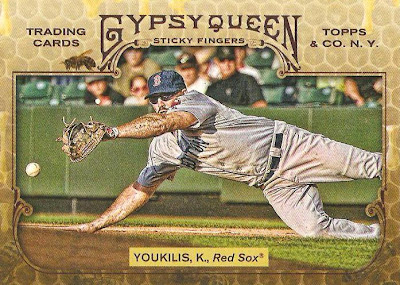 #SF13 - Kevin Youkilis - Sticky Fingers
Okay, so I chose two from this pack. The Sticky Fingers inserts are great and I pulled a Sox player on top of that. That being said I couldn't leave out that great Lou Gehrig card. 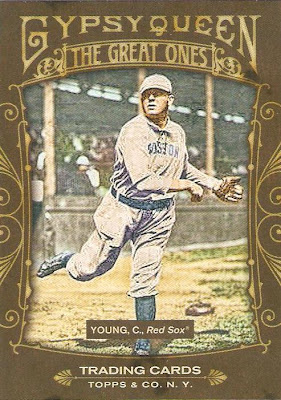 #GO27 - Cy Young - The Great Ones
One of the best pitchers ever, my favorite team, a no-brainer... #107 - Brian Wilson
Insert was a dupe and the mini was Mark Teixeira, so I chose the Brian Wilson base card. 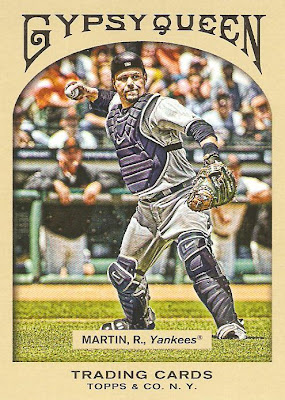 #163 - Russell Martin
I did get a short print in this pack, but it was a double. My insert was also a double. My mini was a rookie I'd never heard of, so I was left to choose between two Yankees and another rookie I've never heard of. I regretfully went with Martin.

Well that's my quick and dirty blaster break for you. I have two more rack packs to post at some point and then I'm finished with retail Gypsy Queen, unless it miraculously shows up again...
Posted by shoeboxlegends at 6:36 PM