Alright, so my incredible luck with pulling autos in my first two Gypsy Queen value packs came to an end in pack three. Nonetheless, I pulled two short prints and two pretty cool minis (Ty Cobb and Tris Speaker), which was enough for me to try again at $9 a pop, so I'm back for more. Here's my fourth value pack: 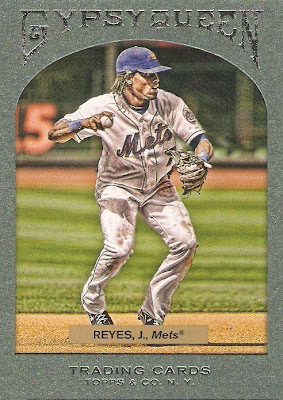 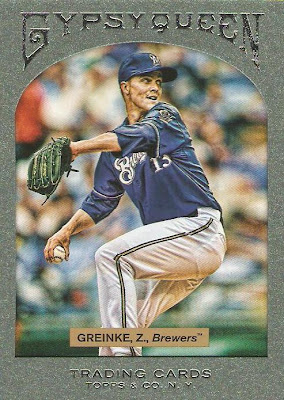 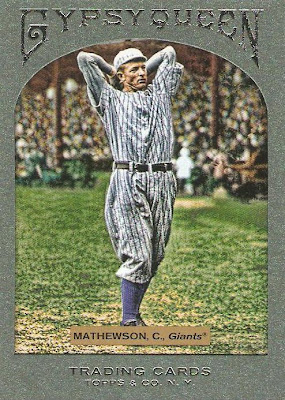 #18 - Christy Mathewson
Christy is obviously the pick of the lot as far as the green framed parallels in this pack. 373 career wins, over 2,500 strikeouts and one of the first members elected to the Hall...not too shabby. 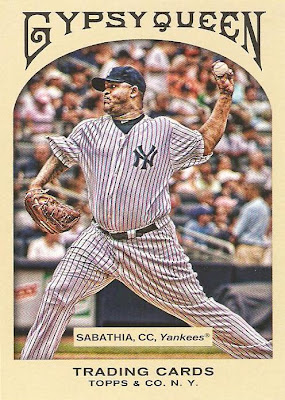 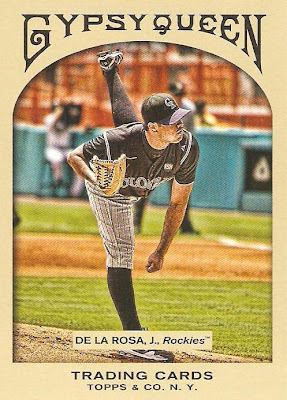 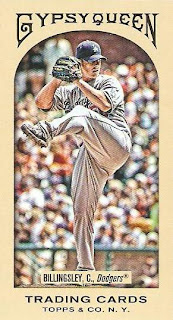 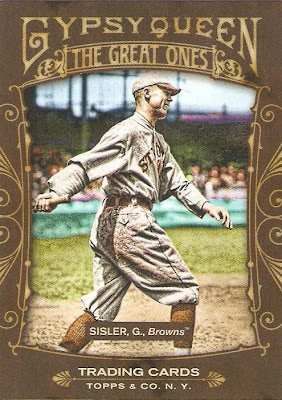 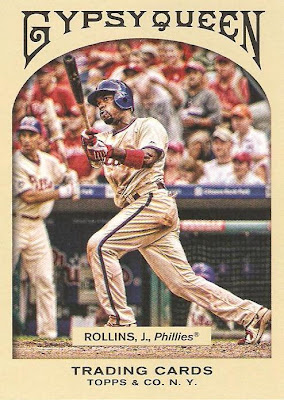 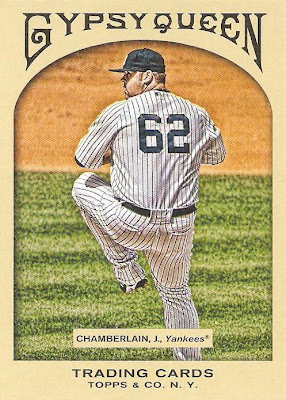 #242 - Joba Chamberlain
CC and Joba in the same value pack, this has not been a winner for a Red Sox fan like myself. 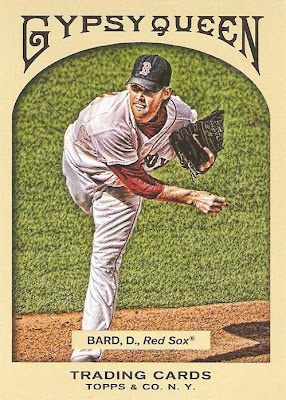 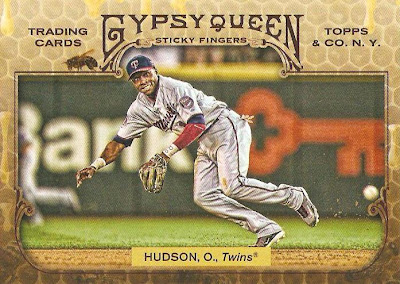 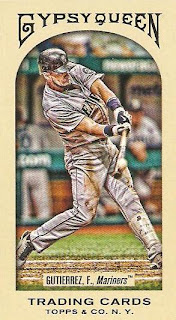 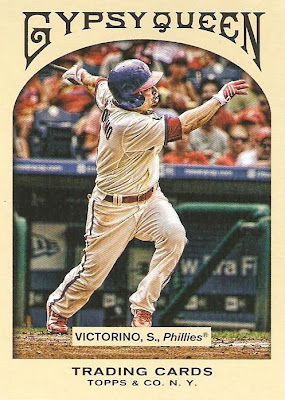 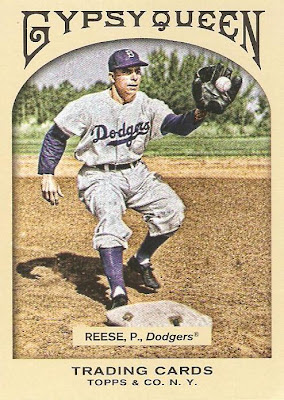 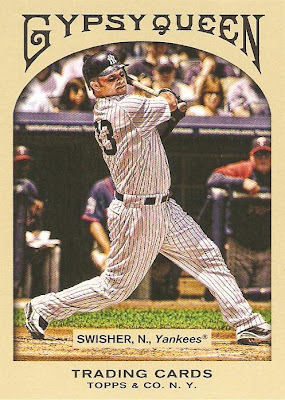 #170 - Nick Swisher
A Yankee in every pack. Wonderful. 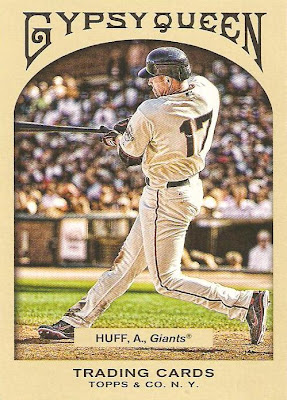 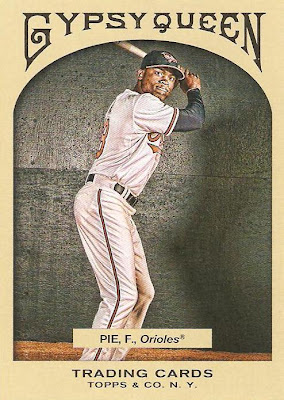 #272 - Felix Pie
Yet another double. In fact I pulled Huff and Pie right next to each other like this just last value pack. I hope these aren't riddled with collation issues. 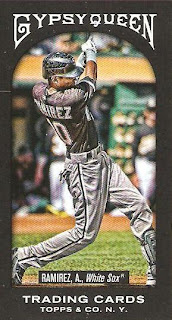 Mini Black #180 - Alexei Ramirez
I'd be willing to trade this one away, make me an offer if you're interested! 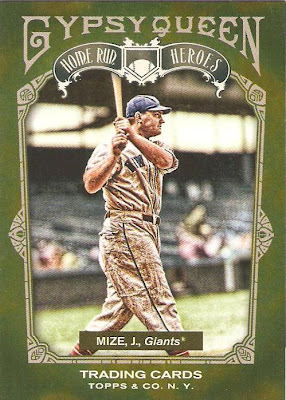 #HH19 - Johnny Mize - Home Run Heroes
There you have it. Probably the worst of the four value packs I've opened. For my favorite card out of this bunch, I'll have to go with the green framed Mathewson.

Posted by shoeboxlegends at 8:19 AM

You always turn up the Billingsley cards.

Do you have a Youk GQ mini? I'll trade it for the Billingsley.

Night Owl, I actually have pulled a Youk mini in a hobby box that I've yet to post about. I'd be happy to send you the Billingsley anyway though, I'll try to get it sent this week.