At last, the final post of my Check Out My Cards hobby box. I lost power for about 9 hours yesterday but I'm back in action now, so despite Mother Nature's best efforts I've met my goal of finishing up this project in the month of August.

Here are packs 23 and 24, followed by a quick summary of the experience and an explanation as to why I will never do this again! 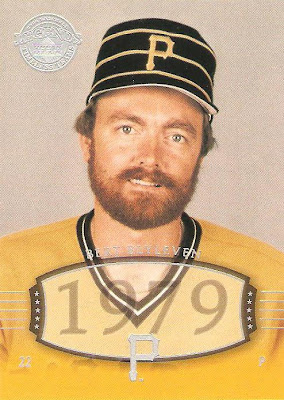 I've gawked over these Timeless Teams cards whenever I've seen them on other blogs, but I never had any of my own until now. I couldn't resist adding this Hall of Famer (finally!) and his fantastic 1970's Pirates uniform for just a quarter. I like the backs of these cards almost as much as I do the front, as they feature nice stadium shots: 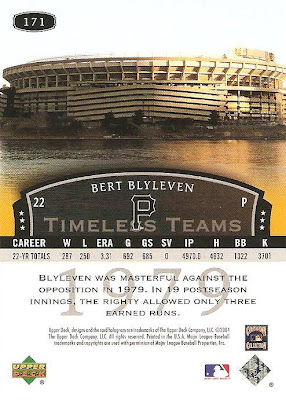 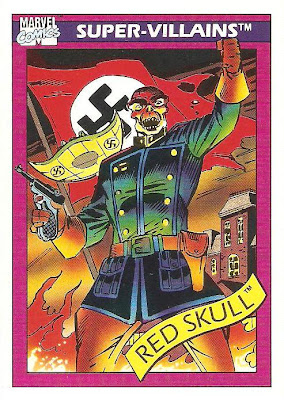 I showed a Doctor Octopus card from this set earlier in these posts and commented that I had picked up one more, and here it is. I guess I must like the villains more than the heroes in this set. This one was appropriate given that the Captain America movie came out this summer. 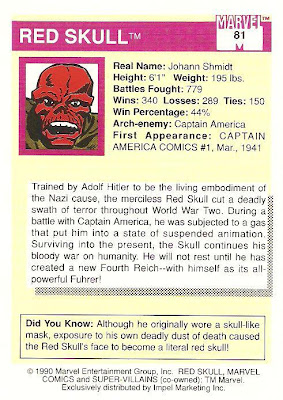 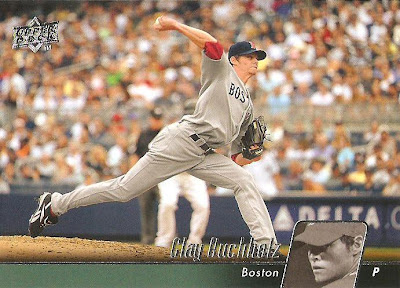 Doesn't look like this guy's going to pitch another inning for Boston this year. What a bummer. 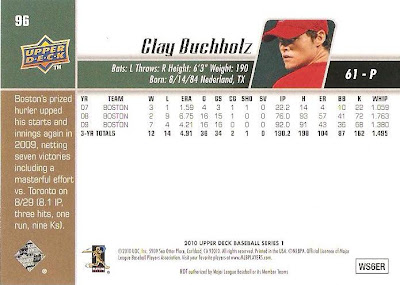 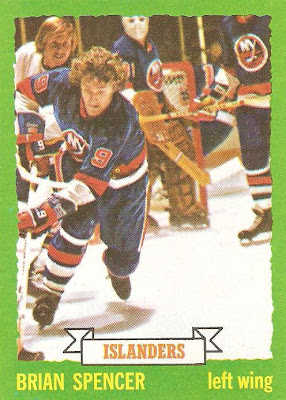 The nice in-game action photo is the reason I snagged this one. According to the back Spencer was the most popular player on the Islanders during this era? 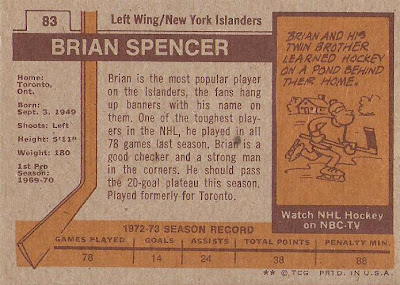 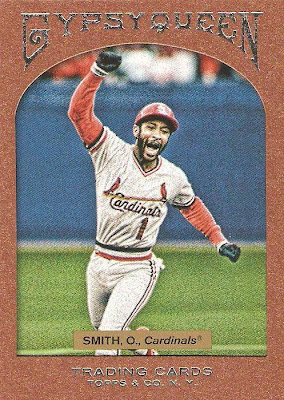 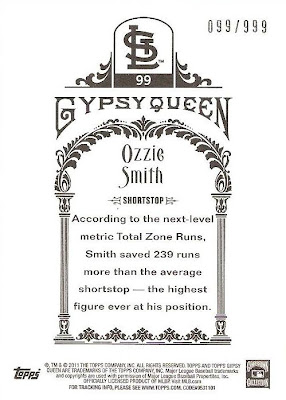 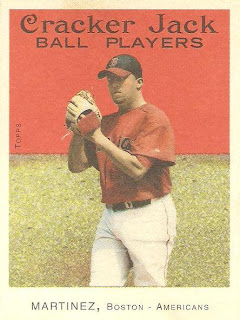 I thought this Cracker Jack mini of future Hall of Famer Pedro Martinez was pretty cool. 2004 was the year the Red Sox finally ended their incredibly long World Series drought as well, which makes this one even nicer. 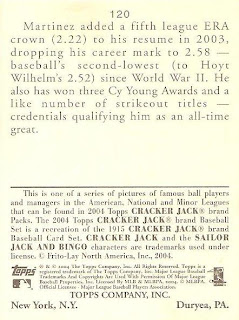 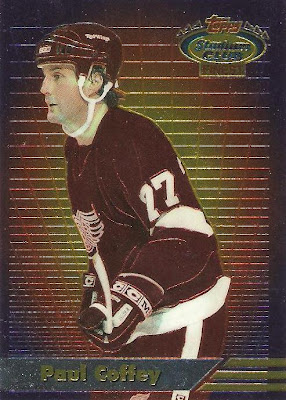 I was never fortunate enough to pull any of these Finest inserts from 1993-94 Stadium Club. Like most collectors I'm a sucker for early-90's shiny Finest goodness. I would love to pick up the other 11 cards from this set someday. 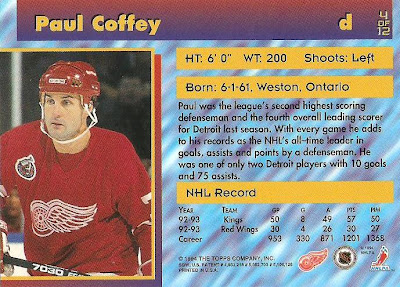 And now for the final pack, I saved 2 of my favorite cards from the entire haul for this one... 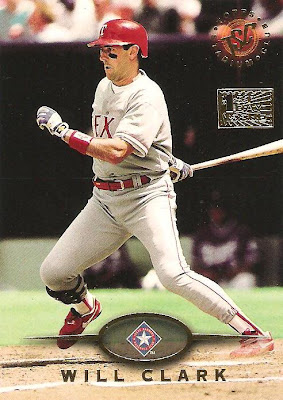 I had Clark's '95 Stadium Club Virtual Reality insert already, and now I have his First Day Issue parallel as well. I still need the base card though... 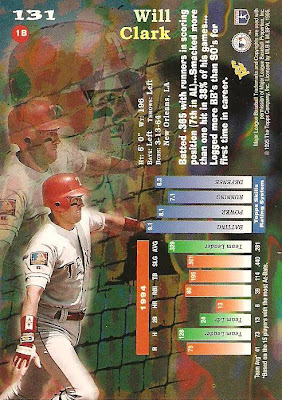 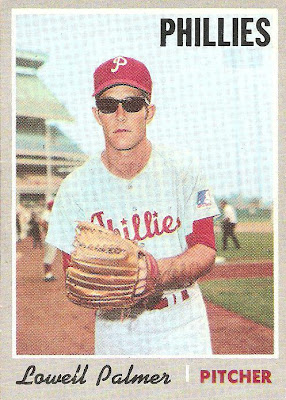 The first of two favorites that I saved for the last pack. Everything about this card is awesome. Lowell's sunglasses rule, and the back of the card is even better than the front: 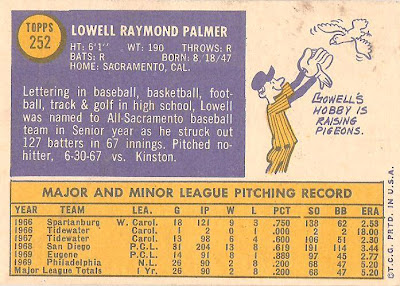 This guy lettered in baseball, basketball, football, track and golf in high school, and his hobby is raising pigeons?!?!?! Now that's someone I'd make conversation with at a party! 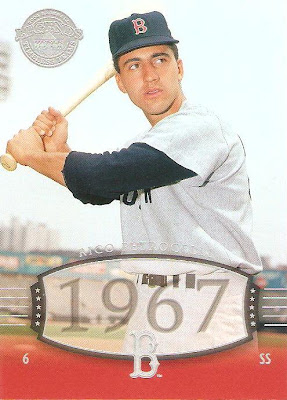 Of course I had to pick up a Red Sox Timeless Teams card as well, with an awesome shot of Fenway Park on the back: 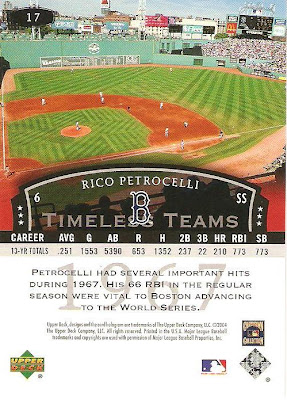 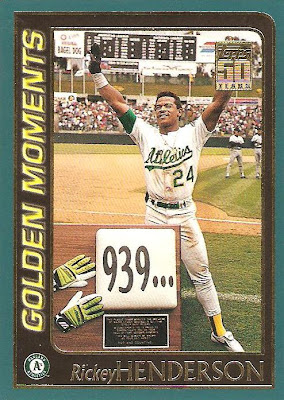 I don't collect 2001 Topps, Rickey Henderson, or Oakland Atheltics cards, but I couldn't pass this one up. A great shot of the stolen base king, just after breaking the career steals record. 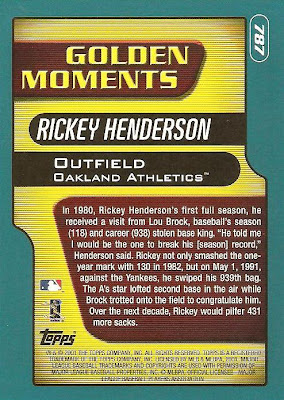 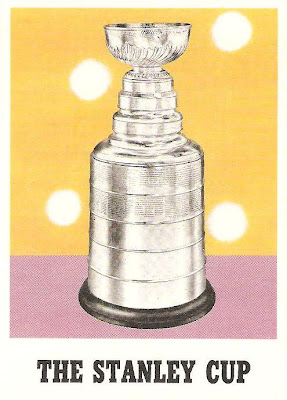 The other card I saved for my final pack, and definitely my single favorite card from the entire lot. I have a few trophy cards like this from the early 70's O-Pee-Chee/Topps sets, but this one takes the cake. $7 is more than I'd generally pay for a single like this, but I've been searching for this card for a while and haven't been able to track it down elsewhere. Aside from that it's in incredibly good shape, with nice centering and 4 razor sharp corners. A welcome addition to the collection and a card I have no problem shelling out 7 bucks for... 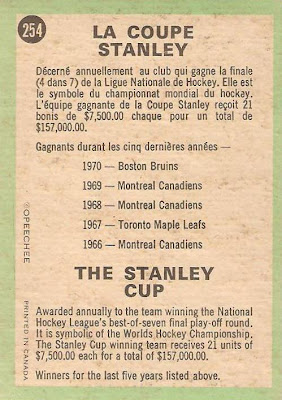 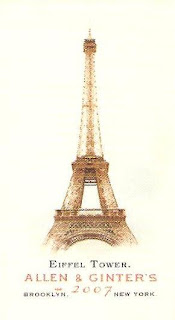 The very last mini in my box is the Eiffel Tower, from the 2007 Allen & Ginter set. I've picked up a couple of Eiffel Tower cards since visiting France for the very first time earlier this summer. There aren't a ton of them out there. 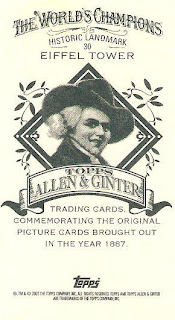 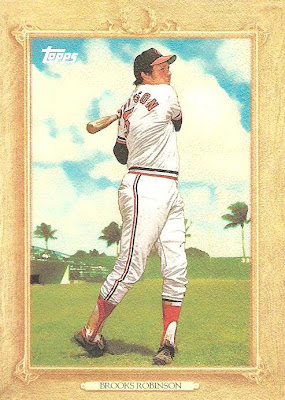 The very last card in my box is a Turkey Red Brooks Robinson from 2010 Topps. 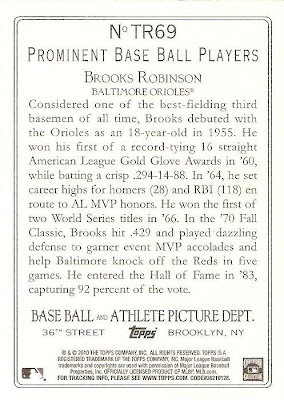 Well, that's a wrap folks! There were some pros, and one gigantic con to this experiment. The pros are pretty obvious:
There was one major con though, big enough that I can assure you I will never attempt this again, and that is shipping cost. COMC offers two shipping options, standard and bulk. Bulk shipping costs $5 for the first 10 cards, then 15 cents per card thereafter. The cards are shipped securely but without sleeves or toploaders. Since I spent countless hours picking my cards out though I wanted better protection and opted for the Standard shipping. With Standard all cards come in penny sleeves to prevent damage. The problem is that standard shipping is $3 for the first card, 25 cents per additional card, and NO LIMIT! If you do the math, at 169 cards I was looking at $45 in shipping costs. Throw in a few top-loaders for some of the more valuable cards (which I think were 20 cents a piece) and it cost me close to $50 to ship $86 worth of cards. Even if I had gone the bulk route I still would've been looking at over $30 in shipping costs.

To COMC's credit, they clearly state that their pricing structure is basically set up so that it's cost-effective to purchase cards that are a little greater in value, like $1 or more. In fact, the site in general is really meant for cards like this, and not cheaper singles or commons. I was fully aware of this before making any purchases and decided that I would go against common sense in order to build my "hobby box". That being said, it would be nice if COMC had some kind of shipping limit. No matter what the value of your purchases is, at some point it becomes a bit ridiculous to ship without some type of cap. Regardless of the value of the cards, charging close to $50 to ship less than 200 cards just seems a bit crazy. I will continue to use COMC to purchase those hard-to-find singles that are worth a few bucks, but for set filler commons and bulk orders like this I'll be sticking to Sportlots.

Even though I "took one for the blog" in paying the over-the-top shipping costs, I still had a great time picking out and showcasing all of these cards, much more fun than I think I would've had ripping an A & G hobby box. I hope you enjoyed reading these posts as much as I did putting them together. I've got plenty of time to come up with something new for next summer's A & G release...

Posted by shoeboxlegends at 3:12 PM

Great series of posts man! I read them all. Cheers on a job well done!

It's clear you enjoyed picking out your cards. I enjoyed seeing them. Your posts remind us that there's a lot more to card collecting than "hits".

You'll never do much better than that Lowell Palmer card. My uncle turned me onto that card many moons ago and I traded for it in the Million Card Giveaway.

I have been on there for almost a year and a half but never bought anything, nor sold for that matter. I've always been too gun shy when it came down to shipping. Now...I'm even more gun shy. It was definitely fun to read all the posts though. Best variety of cards I've seen posted about in a long time.

The way to go on COMC definitely is through picking up your slightly more valuable, hard-to-find card. That sums up almost all of my COMC purchases these days. The shipping can absolutely bite you.

I liked these as well.

I ran into someone on eBay using that kind of shipping logic and ended up paying about $18 for maybe $3 worth of shipping. Just means that every card they sell actually costs 25 cents more than you think you're paying. Like a really nasty sales tax.