A while back I posted a couple of my favorite early '90s hockey insert sets, including one featuring a couple of Mario Lemieux cards.  Here's another one from that same set that's been sitting in my drafts folder ever since, the 1993-94 Leaf Mario Lemieux Collection: 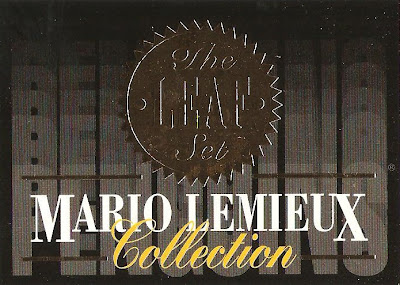 This 10 card set paid tribute to the Penguins' superstar.  I don't know what the odds were for pulling one of these, but I do know that cards 1 - 5 were inserted in Series 1, cards 6 - 10 in Series 2.  As you can see, the first card is a header/title card. 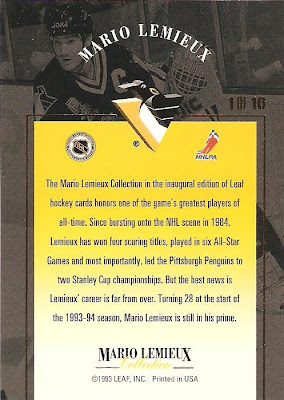 Here's a look at a back.  Solid design but nothing too memorable or flashy.  The Penguins had won back to back Cups around this time so Lemieux was perhaps the biggest name in the hobby.  It's not a huge surprise that Leaf dedicated an insert set to him. 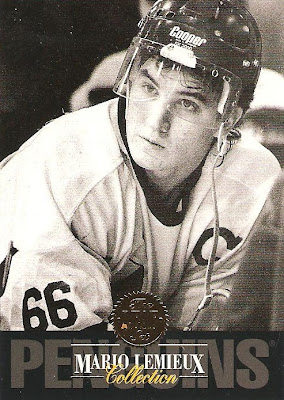 The cards chronicle Lemieux's career, beginning with his days as a young prospect. 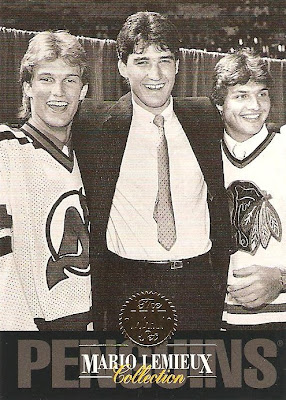 Here he is at the draft with a couple of familiar faces... 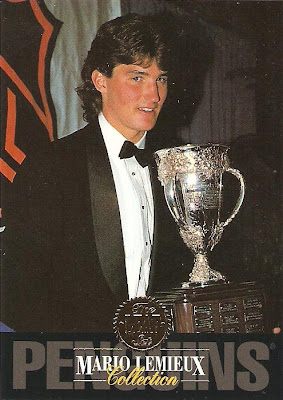 Of course there are some cards depicting various pieces of hardware he's won. 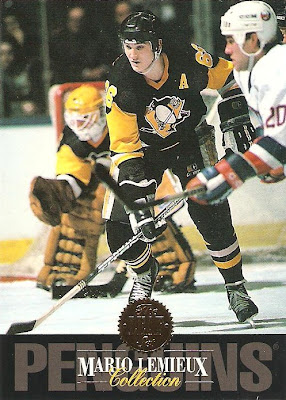 This is one of my favorites because it features a great in-game action shot. 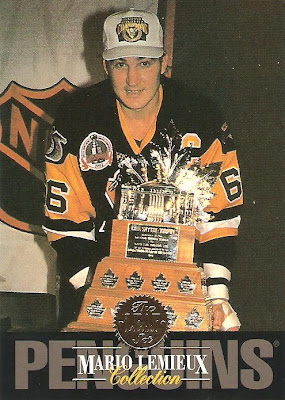 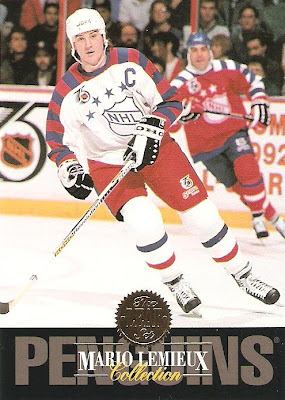 That looks like Chelios behind Mario in this shot. 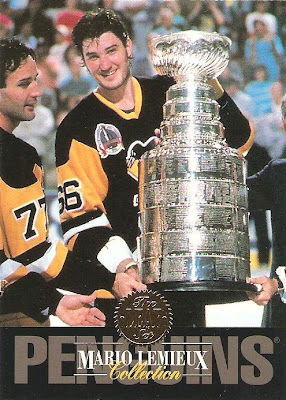 Another great photo here, I never tire of cards that show The Stanley Cup in all its glory. 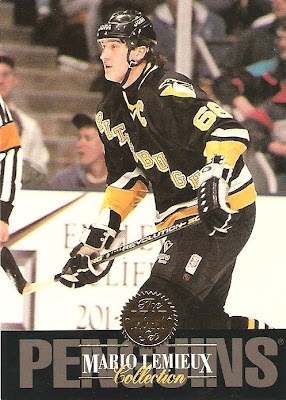 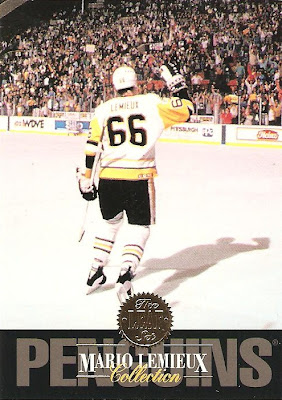 A really nice closing card, with Lemieux acknowledging the Pittsburgh faithful.  I always thought this set had a simple, elegant design, and I always admired Mario's amazing career and resilience as an athlete.  These cards aren't very valuable but I'm grateful to have this set in my hockey card collection.
Posted by shoeboxlegends at 8:30 AM

One of my favorite all time insert sets...period.

I have never seen the complete set of these before so thanks for sharing! I think that draft day card is very cool.

Yeah, I'm going on Ebay to look for this set right now.