Earlier this year I was fortunate enough to acquire my first authentic T206 tobacco card in the form of Jake Stahl.  I loved the card, so much so that it got me back on a kick of picking up really old Red Sox cards.  A couple months later I managed to pick up my second Red Sox card from the T206 set: 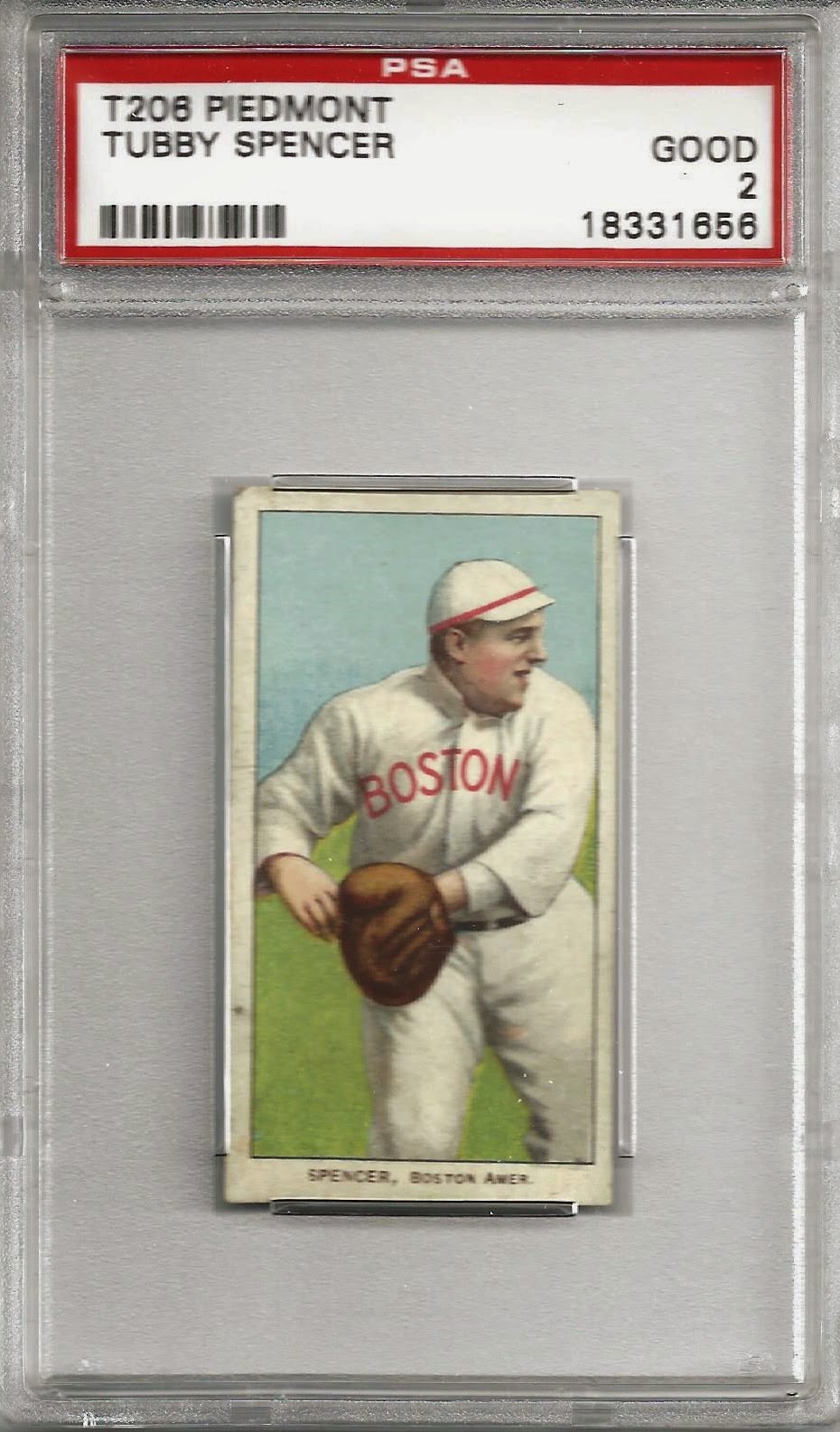 Another beauty!  From what I can tell, Edward Russell "Tubby" Spencer was not a particularly notable player.  He actually played with the Red Sox for just a single season, which just so happened to be the year this card was likely printed (1909).  He appeared in just 28 total games at that!  This is one of only two cards I know of that depict Spencer with Boston, the other being an extremely rare and expensive T204 that I won't likely ever own in my lifetime. 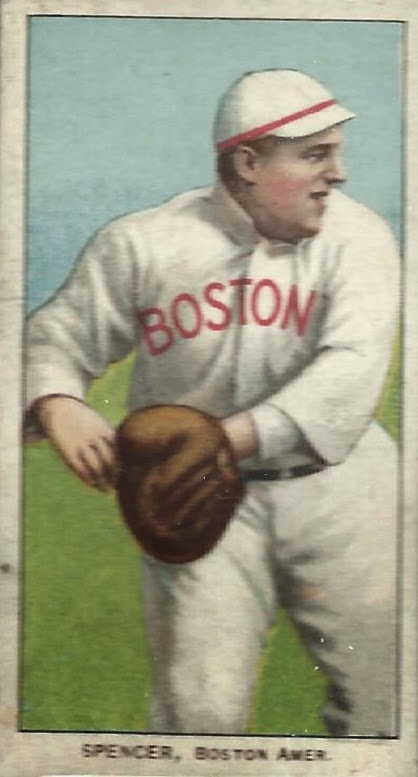 The card was a little off-center within the PSA slab when I scanned it but here's a closer look nonetheless.  I love the old time uniform and cap, and, like my other T206, the fact that you can easily tell which team the subject plays for thanks to the large BOSTON emblazoned across Spencer's uniform. 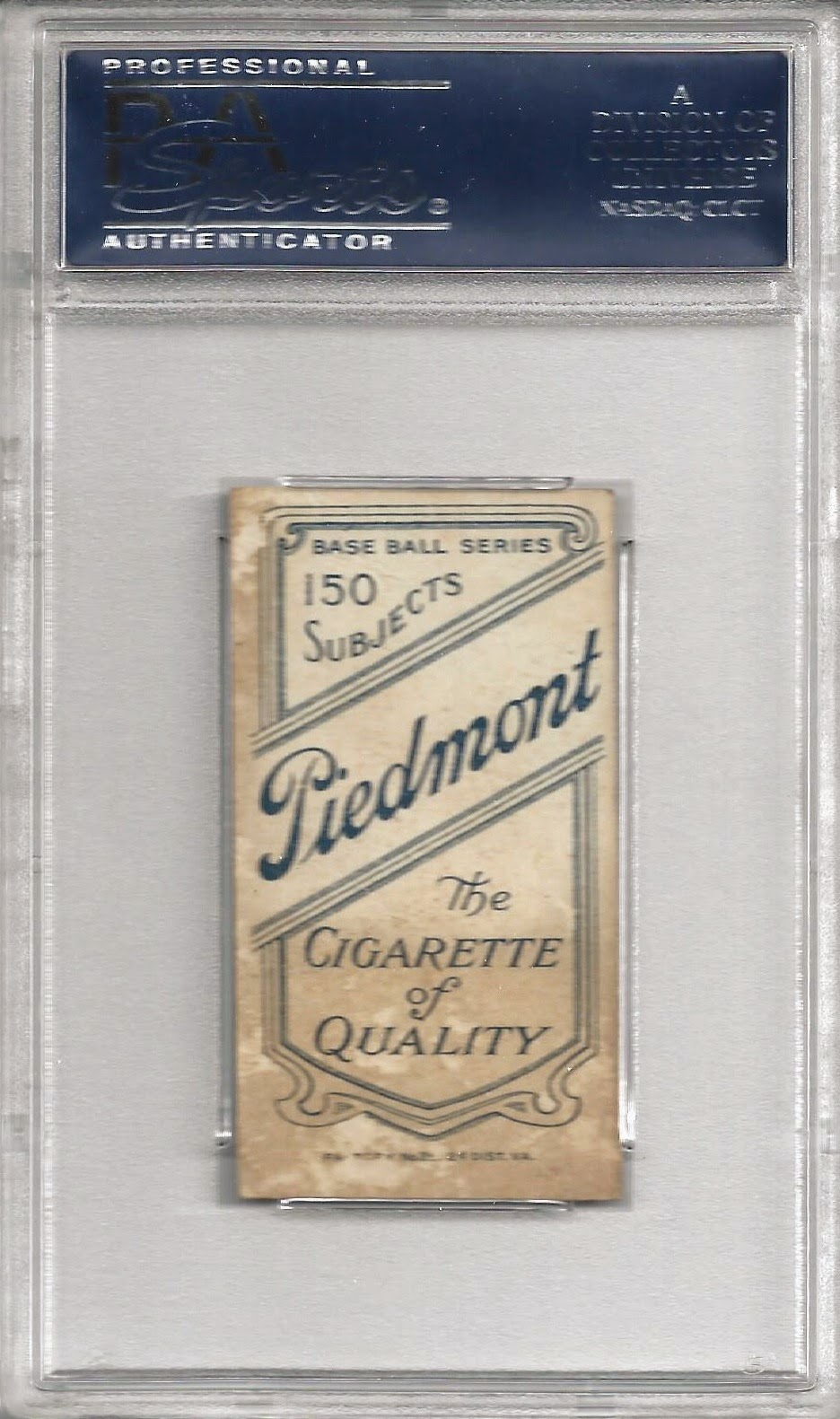 This particular version was issued by Piedmont, whereas my first was from Sweet Caporal.  I don't really have a preference when it comes to the backs, in fact I prefer some variety.  Ignoring the backs, there are a dozen total Red Sox T206 cards, so I've still got 10 more I'd love to track down someday!

If you'd like to read more about Spencer, as usual the best write-up I could come across was over at SABR.
Posted by shoeboxlegends at 2:11 PM

It's a good day in collecting when you can add a card like that to the collection.

Thanks everyone for the comments!