I was recently fortunate enough to land my fourth T206 Red Sox card!  Now joining Red Kleinow, Tubby Spencer and Jake Stahl in my collection is none other than Harry Lord: 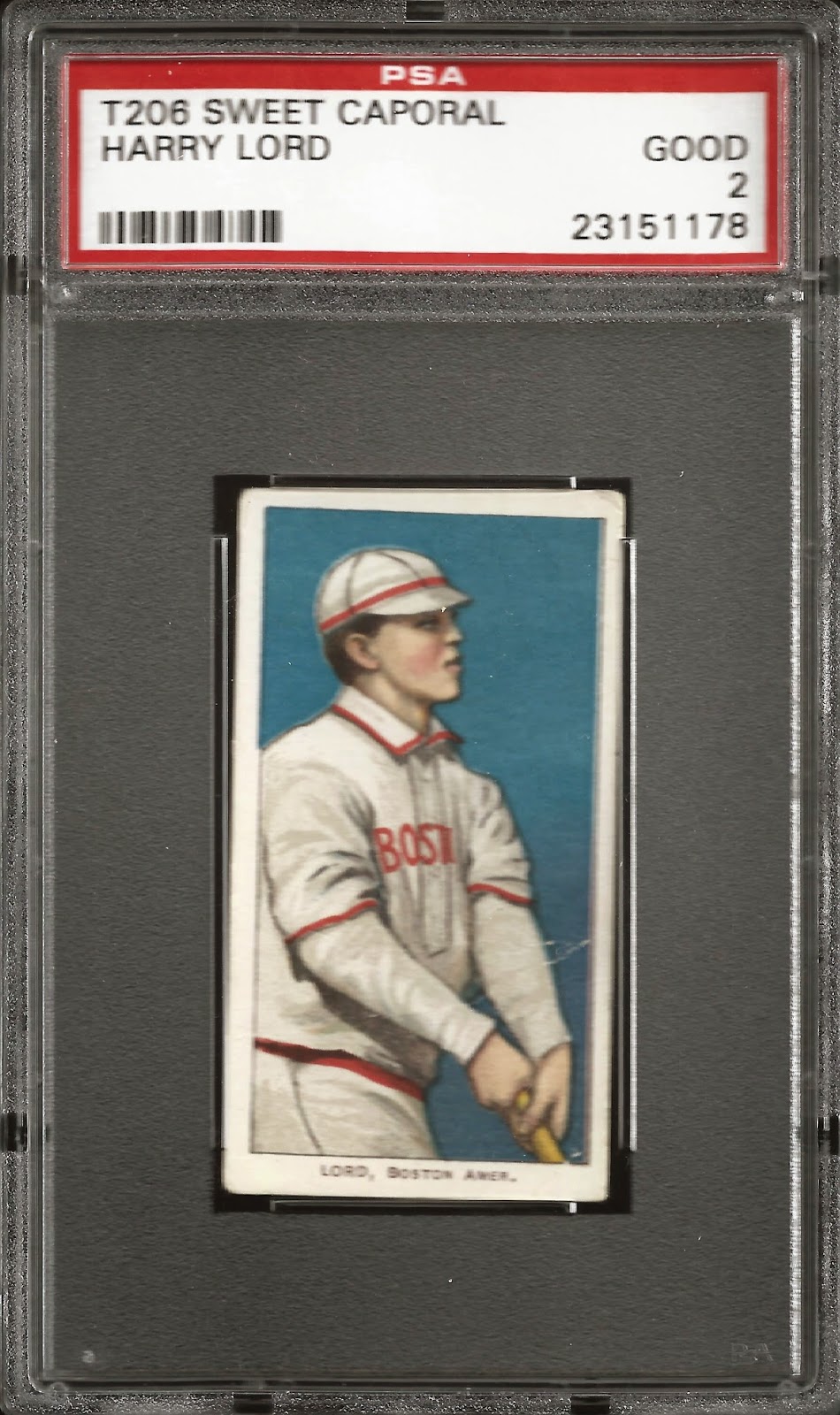 Man I love these tobacco cards!  This one's a little miscut, which you can see if you look along the top border of the card.  I've got no problem with that, especially since the low grade allowed me to take this card home for a mere $22!  Aside from being miscut, and a little creasing that you can see above Harry's hands, this is a nice, bright, vibrant card.

Obviously I don't know a whole lot about Harry Lord, given that he played ball over 100 years ago and passed away decades before I was even born.  Apparently he was a hard-nosed third baseman, and was buddies with Ty Cobb (Cobb actually had a friend?!?!).  His career was relatively brief but he did have some solid seasons (in 1909 his .315 batting average was tops among regular Red Sox players, including Tris Speaker). 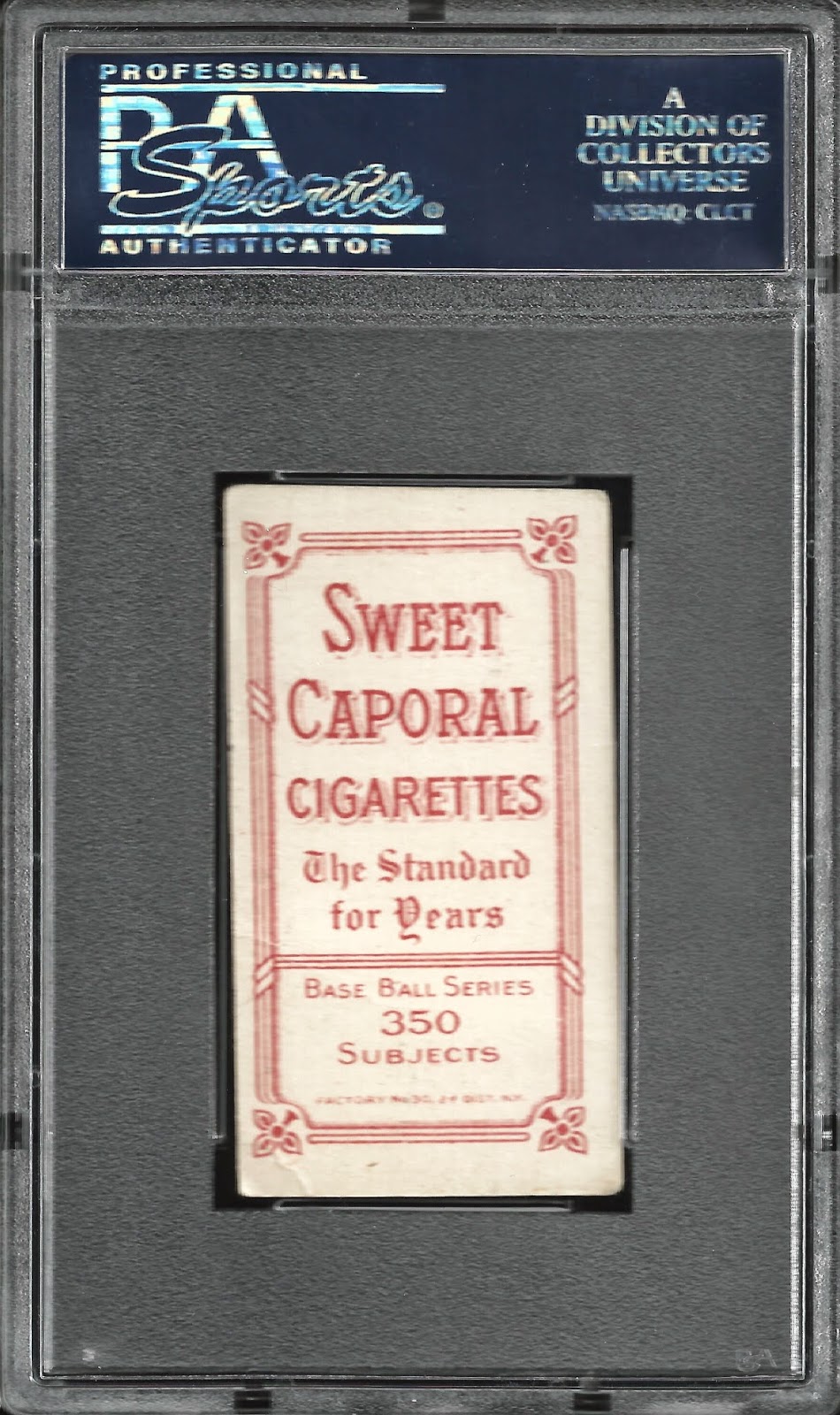 With four of these now in hand I'm 1/3 of the way to a basic Red Sox team set, as I don't care much about getting all the different back variations.  Unfortunately I've knocked out most of the cheaper ones, and the remaining eight seem to be a little harder to find, and/or more expensive.  I don't think I'll be knocking any others off the list at the $20 price mark, but I still hope to grab one or two more someday if I can find the right deal...
Posted by shoeboxlegends at 10:16 AM

Fantastic color for such an old card! The back is in great shape too, from the looks of it. Usually for $20+ there's some glue/paste/tape or staining on the back.
Nice addition!

That is awesome. I'd guess these cards would have more yellowing than otherwise might be the case since they came with cigarettes. That would almost make them guaranteed to be kept in a smoker's house. And that definitely matters.

This one, though, is excellent!