I'm watching the Red Sox/Astros game to wind down my weekend, seems like the perfect time to tackle another dozen from the last package I received from Nick at Dime Boxes... 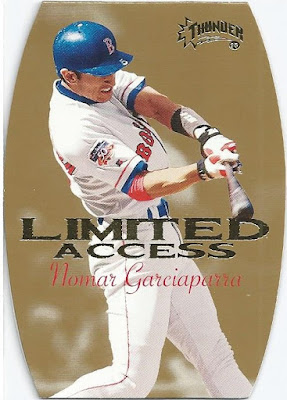 This Limited Access card, from Circa Thunder, is oddly die-cut with the left and right edge essentially rounded.  Trading card companies sure did some strange things in the late '90s... 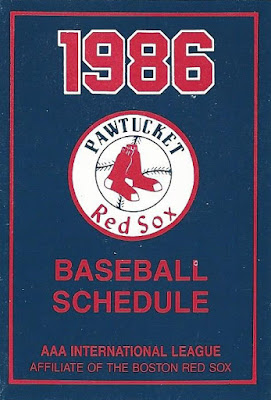 Another PawSox schedule, which will go nicely with the 1990 schedule Nick sent along in this same package.  I said it when I featured that one as well, but it's a bummer that the team is moving to Massachusetts in a couple of years here. 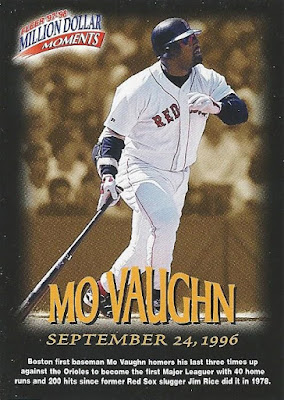 These 1997-98 Fleer "Million Dollar Moments" cards are strange.  At first glance they look like a giveaway or contest entry type card, but they actually feature a decent write-up on the bottom and are linked to a specific moment as the name implies.  I don't know the story behind this set, nor do I have time to research it, but if anyone knows any information on how these were distributed I'd love to hear about it in the comments. 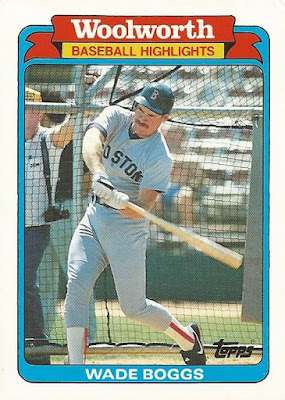 File this one under "I can't believe I don't have it already".  I've really been working away at migrating my collection inventory from Zistle to The Trading Card Database, and of the 2,200+ Red Sox cards I've entered so far this one is missing. 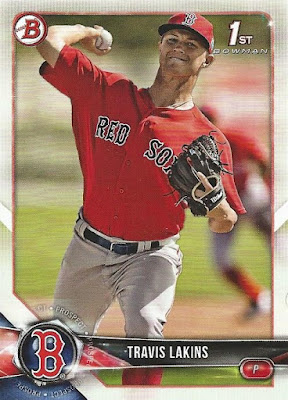 Here's my first Prospects insert from the 2018 Bowman set.  Travis has bounced between AA and AAA so far this season, and appears to have fared well at both levels.  Maybe we'll see him make his debut soon. 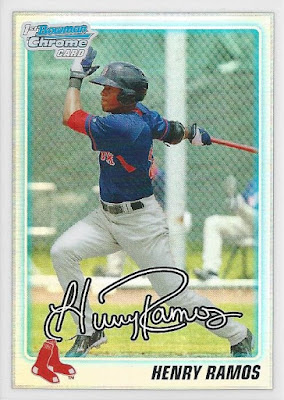 I'm not familiar with Henry Ramos, but this 2010 Bowman Draft Picks & Prospects Refractor sure is shiny.  Looks like Henry made it as far up the ladder as AAA with the Red Sox, but is now in the Dodgers minor league system.  Not only did I receive the refractor of this card... 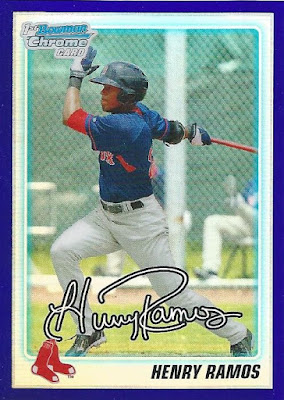 ...but I got the Purple Refractor as well.  I'm on my way to becoming a Henry Ramos super-collector. 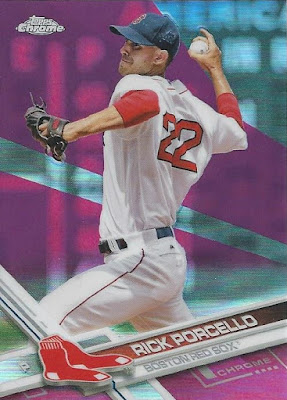 Since we're on the topic of purple refractors, here's a 2017 Rick Porcello.  Rick went from a surprise Cy Young in 2016 to giving up more hits than any pitcher in the league in 2017, but it's a nice looking parallel nonetheless! 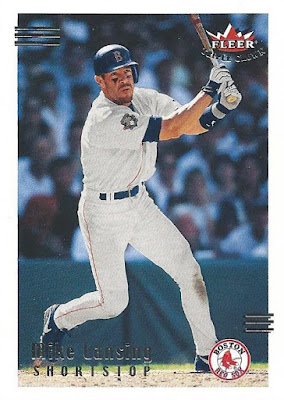 Here's one from a set you don't see very often, at least I don't, 2002 Fleer Triple Crown.  Mike Lansing's final MLB season was actually in 2001, so I guess this is a sunset card (fittingly, from Nick, as his blog is where I first heard that term I believe). 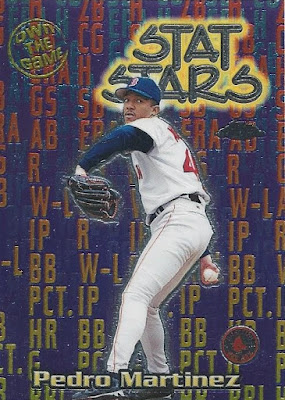 You can't go wrong with a new Pedro Martinez card of any sort.  Certainly not a shiny insert from the '90s. 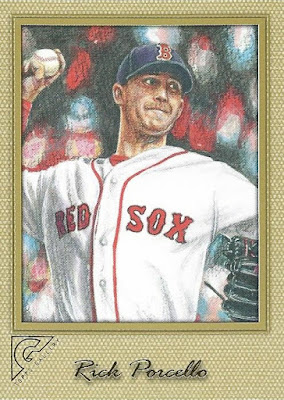 Here's another first for me, a Canvas parallel from 2017 Topps Gallery.  The more I see from this set, the more I like it.  That's a couple of new Porcello cards in this post alone. 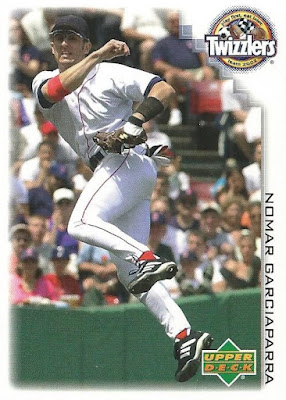 Finally, for tonight anyway, an oddball.  This is from a multi-sport set that Upper Deck put out in conjunction with everyone's favorite licorice candy, Twizzlers, back in 2002.  An unlicensed release obviously, but a nice oddity for my Red Sox collection regardless.

Another great dozen there.  I've got just enough cards remaining to do one last post of a dozen, which I'll have up sometime later this week.  Thanks for stopping by, and thank you Nick for the great cardboard!
Posted by shoeboxlegends at 9:19 PM

I believe those Million Dollar Moments inserts were distributed in basic Fleer packs around 1997-98. If memory serves, a person who managed to get all 50 cards from the set won a million bucks -- although I seem to remember that the last fiveish cards from the 50 were basically impossible to find (obviously).

Nick is right on. I suspect the last five may not exist. No image of them (at least for the NBA) has ever surfaced. After 20 years with not a single sighting? Doubtful it's out there.

Typically avoid the unlicensed stuff... but I gotta see who else is on that Twizzler checklist. That No-mah oddball is sweet!

I like the Boggs! I kind of miss when stores would issue their own little sets...

Apparently that Twizzlers set is multi-sport, with Nomar the only baseball player (each player has two cards)...and his wife as the only soccer player! Even cooler.