Last April, I started on a vintage basketball card project.  The basic idea was that an old-school basketball set would be more interesting to me than whatever Topps and Upper Deck were (and are) churning out in the baseball and hockey realms.  I decided to tackle the 1971-72 Topps basketball set, but only got as far as posting my first two cards before I lost focus.

Well, I did actually make some progress on this project at the Columbus Day card show I attended last year.  This will probably end up being the last show I attend in quite some time, as I only made it up there every couple of years even before the word pandemic was added to our daily vocabulary.

Anyway, that day I found a seller with seven cards from the release in really great shape, and I took them all home for a combined price of $8.  Let's see the new additions that I hauled in for just a hair over a dollar per... 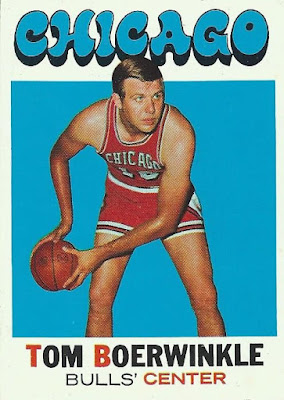 Largely a role player at center who was happy to let his teammates rack up the scoring, Tom Boerwinkle played his entire decade-plus NBA career with the Chicago Bulls.  Once snagged an astounding 37 rebounds in a game against the Phoenix Suns! 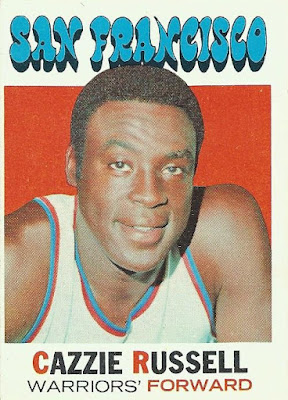 Cazzie Russell was actually the first overall pick in the 1966 draft, taken by the New York Knicks.  He'd help them win a championship in 1970 before being dealt to the Warriors the following year. 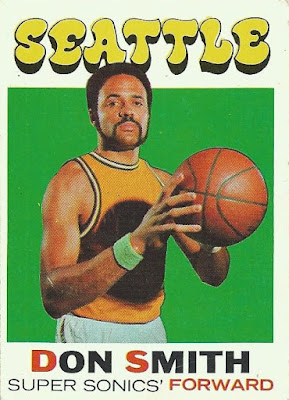 Next up, Don Smith of the Seattle Super Sonics, showing proper form for making or receiving a pass?  Later changed his name to Zaid Abdul-Aziz after converting to Islam in 1976. 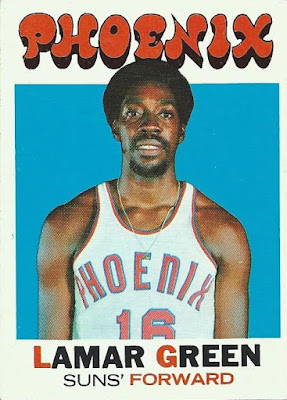 Lamar Green's NBA career was relatively short, but his 1971-72 Topps card seems awfully prevalent.  I'm not sure if this one was double-printed or what, but any time I search out cards from this set his always seems to be one of the cheapest and most readily-available. 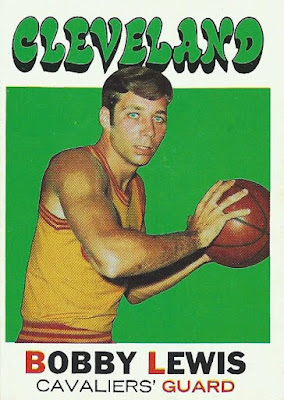 All the piercing green on this card almost makes it appear as though Bobby Lewis has green eyes as well.  This would have been a great one to post a while back on St. Patrick's Day! 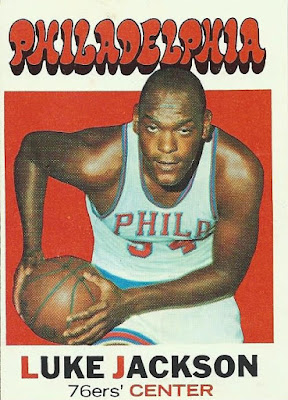 Lucious "Luke" Jackson was a member of the NBA's All-Rookie Team in 1964-65, and also won a Gold Medal with the United States basketball team at the 1964 Olympics in Tokyo.  His strange facial expression makes me snicker, possibly my favorite card in this small grouping. 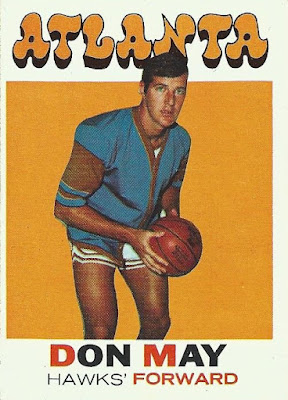 Closing it out, we've got Don May of the Atlanta Hawks, sporting enough orange to make even our current president pale by comparison.  Don actually won a championship with the Knicks in 1970, as a teammate of Cazzie Russell, who was featured above.

So, that wraps up the haul from my last card show, and gets me up to 9 cards total in my lone vintage basketball quest.  It'll be some time before I make much more headway here given the circumstances, but I'm patient and this was going to be a long-term project anyway.

Thanks for stopping by, and I'll be back with something more in my standard wheelhouse for my next post!

An old-school anything set is
better than what is being made today.

Just look at the colors! Not a hint of silver letters on silver background anywhere.

This is a fun set. I think Lamar was in my first 10 cards from the set as well, although that would have been in 1996 or 1997. This is my oldest complete NBA set, and always will be, because of the expensive cards from previous seasons.

I have the Bill Bradley from this set.

I really like this card design... and your idea of a vintage basketball set build. If I ever did one, I'd probably go with the 72/73 set... since it's my birth year set.

This got me wondering... if I were to do a basketball set, which one would it be? I'm thinking maybe 1975, since I like the design and I've already got complete sets of 1975 baseball and football... seems fitting to fill out the year (even though I've only got about 18% of the 1975 Hockey set).

The only basketball project I have in mind is a "Dead Parrot" project, but it wouldn't be a Frankenset, just getting at least one card of as many former ABA and NBA teams as I can without breaking a modest budget.