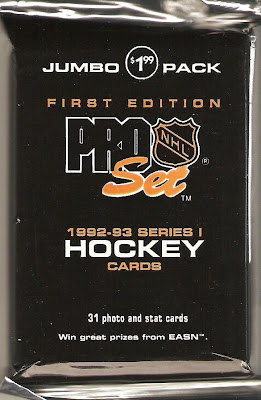 I returned to my desk earlier this week after a few days away to find a surprise package waiting for me. I knew the return address instantly, Captain Canuck! I wasn't expecting anything so I was curious to see what made its way down from Canada to Rhode Island. As usual, there were a couple of packs of junk wax (not junk in my opinion!), which is much appreciated. First off, there was a 31 card jumbo pack of 92-93 Pro Set hockey. This is the 3rd one of these packs I've gotten from Brian. Here are a few highlights: 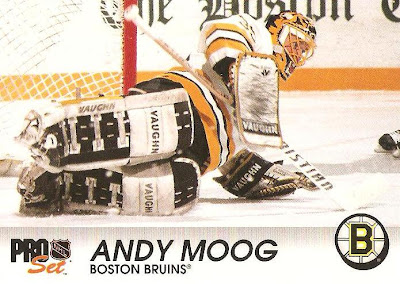 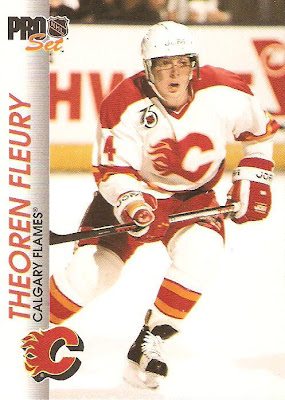 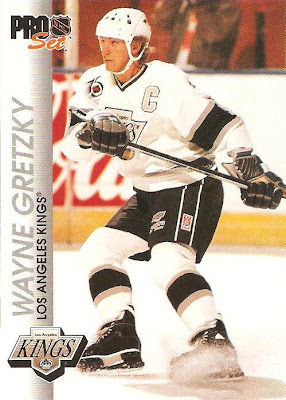 #66 - Wayne Gretzky - Los Angeles Kings - If for no other reason, this pack was a winner for adding a new Gretzky card to my collection! 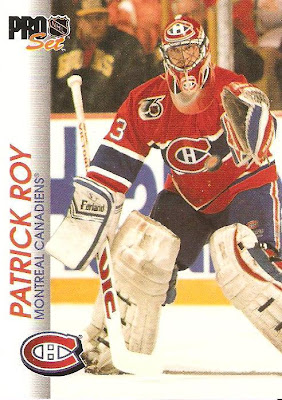 #85 - Patrick Roy - Montreal Canadiens - Since Brian was generous enough to send me these cards I guess I'll show a lousy Canadien... 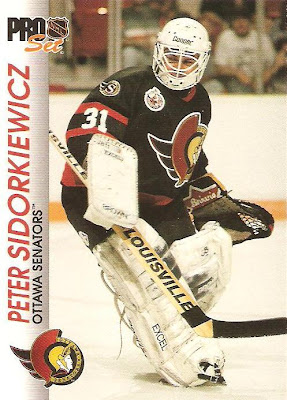 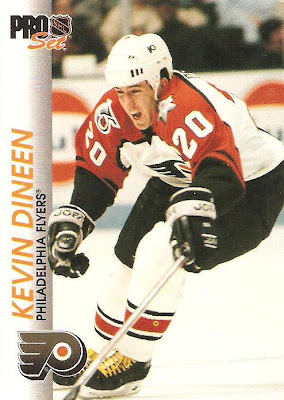 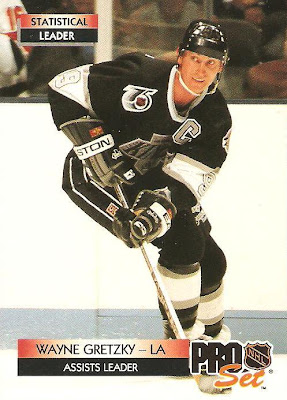 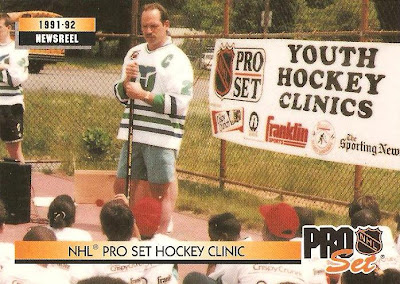 #254 - NHL Pro Set Hockey Clinic - This is just a bizarre card. I guess I sort of pulled a Whaler in this pack. Apparently the Pro Set Youth Hockey Clinics took place on baseball diamonds? 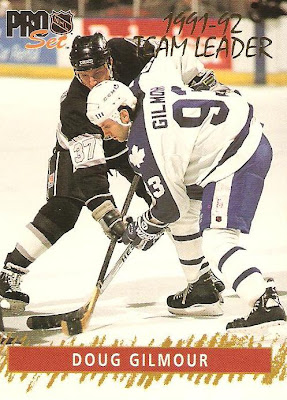 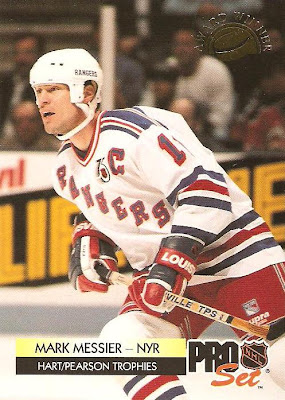 #CC-1 - Mark Messier - New York Rangers - Award Winners - Pretty good pack overall, I only pulled one double and ended up with 30 new cards for my collection. Brian also sent a pack of something I'd never seen before, 1999-2000 Upper Deck Gold Reserve: 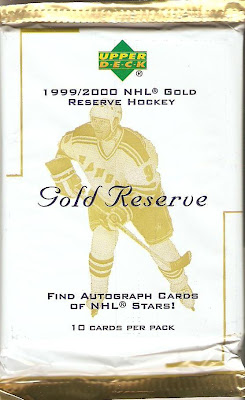 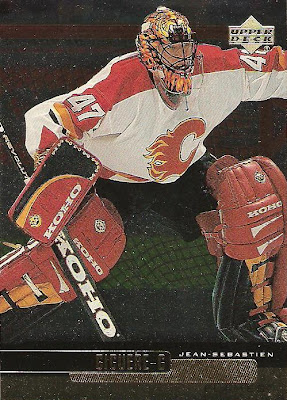 #30 - Jean-Sebastien Giguere - Calgary Flames - These are heavy on the foil, that's for sure. They sort of remind me of Upper Deck Black Diamond releases, only with gold foil rather than black. As usual with these types of cards, they look better than they scan. 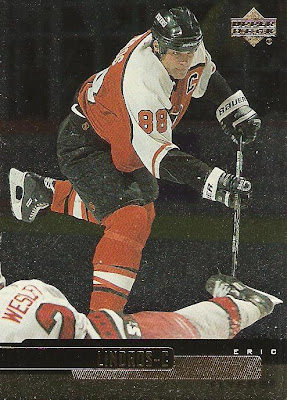 #94 - Eric Lindros - Philadelphia Flyers - I'm not exactly sure what Glen Wesley is doing here. I guess sliding for a shot block? 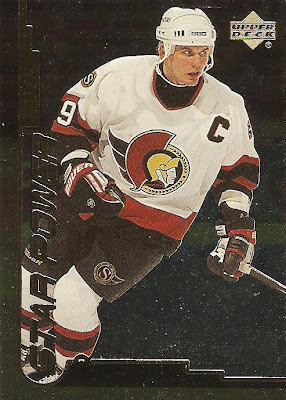 #147 - Alexei Yashin - Ottawa Senators - Star Power - This guy put up good numbers pretty consistently, but he never really seemed to achieve what people thought he would in the NHL. 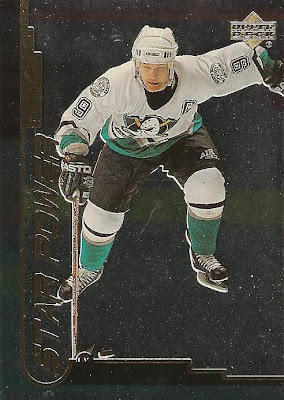 #139 - Paul Kariya - Anaheim Mighty Ducks - Star Power - I can't believe they actually made a legitimate NHL franchise based off of the Mighty Ducks movie. This was a dark era for the NHL.

Along with the two wax packs, the Captain sent along a handful of singles. 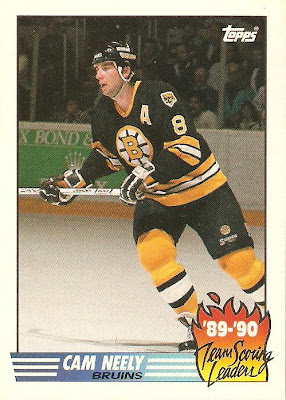 1990-91 Topps Team Scoring Leaders - #3 - Cam Neely - This card brought back some memories! I definitely have to track the rest of these down. 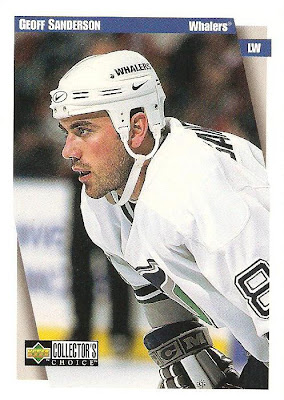 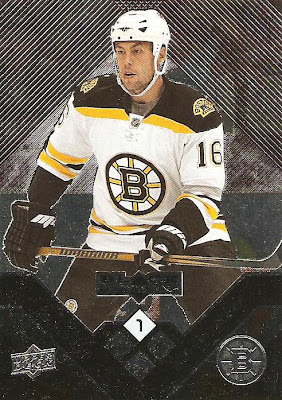 2008-09 Upper Deck Black Diamond - #4 - Marco Sturm - I have probably 20 or so cards from this set, but luckily I did not have this one. It would be nice if Marco would start putting some more pucks in the net. 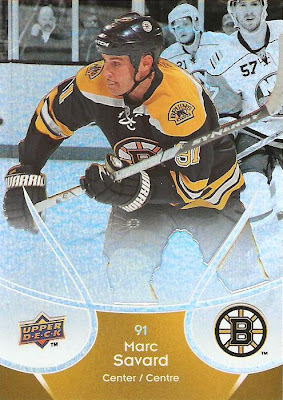 2009-10 Upper Deck McDonald's - #4 - Marc Savard - I have last year's complete base McDonald's set, but this is the first 09-10 UD McDonald's card I've seen. I have to say that I like these a lot better than last year's. The B's just locked up Savard for 7 years, and he proved he's worth it with a hat trick against Toronto on Saturday night, helping to spoil Phil Kessel's return to Boston. Finally, the card I think prompted this entire package to be sent... 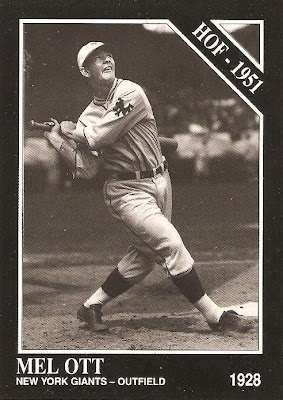 Thank you Brian, I really appreciate the package! You've added some cool stuff to my hockey card collection and helped me finish a baseball set too. I definitely have a good amount of Conlon doubles, drop me an email with your want list and I'm sure I can help you out!

Posted by shoeboxlegends at 7:20 AM

I suspect the Whaler Youth Hockey Clinic card is taking place on a tennis court based on the fence and red clay, and the kids were roller blading. Looks a bit warm for ice!

you're welcome buddy.. I'll send out a Conlon list soon. If I remember.