Roll Out the Red Sox

Last week I received a package from Ed at Roll Out the Barrel. Inside were two team set bags stuffed with great cards. The first contained Boston Red Sox cards. I can't show everything but here are some of the highlights. First off we have three 2009 SP Authentic Red Sox. I didn't buy so much as a single pack of this stuff, so these cards are a nice addition to the collection. There's nothing spectacular about them but they do look pretty nice. 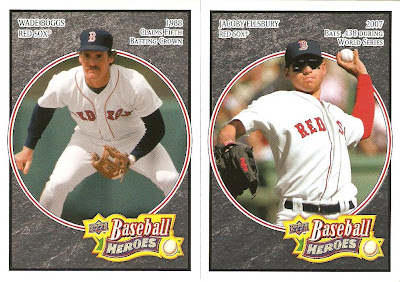 Two 2008 Upper Deck Heroes parallels. I think these are the "charcoal" parallels inserted one pre retail pack. The Boggs is great! 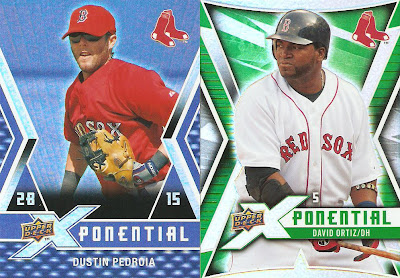 Two 2009 Upper Deck X cards. Yet another set that I did not buy any of this year. These cards are awfully shiny, but they actually scanned quite well. The Pedroia is a regular Xponential insert, and the Ortiz is an Xponential5 (to the fifth), which I'm guessing is harder to pull. 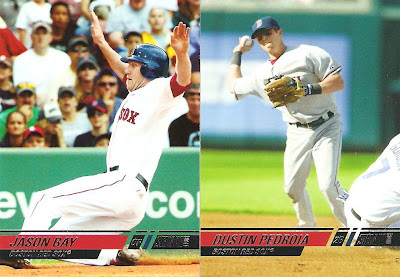 Two 2008 Topps Stadium club cards. I really love the look of this set and I'm disappointed that I didn't buy more of it when it was out in retail. I think the short prints just threw me off and ruined what could've been a great set. 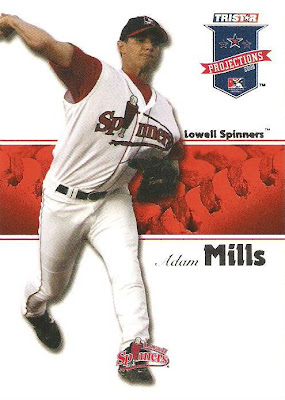 Included was this 2008 TriStar Projections Adam Mills card. I think this is actually the first TriStar card in my collection of any kind. 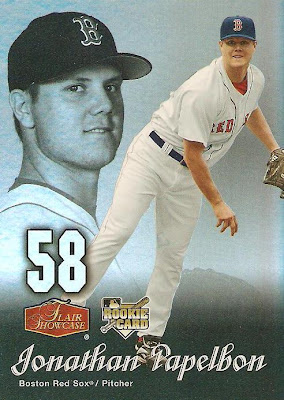 A 2006 Fleer Flair Showcase Jonathan Papelbon rookie. Yet another set I had none of before receiving this package. 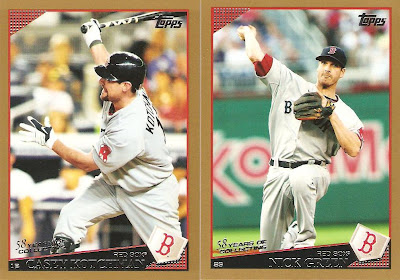 Two Updates & Highlights gold parallels. Kotchman looks to play a larger role for the Sox this year with Lowell supposedly heading out of town for Texas. Unless of course they pull off a blockbuster for Adrian Gonzalez. Base/U&H Topps was my favorite baseball set of the year. I regret that I didn't pick up more of these. I could easily see myself getting a hobby box once next year's sets are out and prices drop a bit. 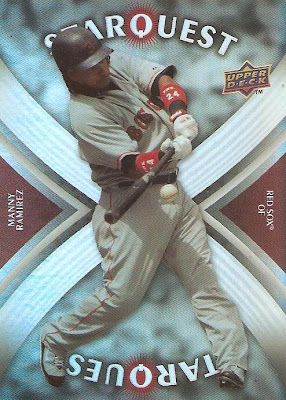 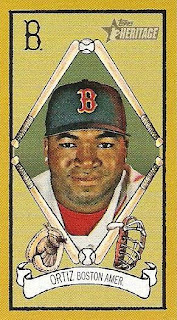 Took me a few minutes to realize what this card was. Unless I'm mistaken this is a 2008 Heritage insert. Is that correct? Was this a retail only insert set? 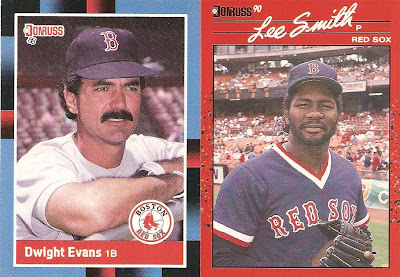 Ed also included some older Sox from the junk wax era, but I needed the cards so they're not junk to me.

Finally, the cards that prompted the package to begin with, three Red Sox base cards from this year's Sweet Spot release. I really love the base design in this set. I've gotta take a look to see if there are any other Red Sox I need. How great would this set look with vintage players as subjects?

Of the 30-some-odd Red Sox cards Ed sent there was only one that I already had. What a package! The other team set bag contained hockey cards, and I'll be doing a separate post on that one soon. Thank you for the fantastic cards Ed! I've started a pile of Brewers for you that I hope to finish and have out the door soon!

Posted by shoeboxlegends at 9:00 PM

Glad they got there ok and that you could use nearly all of them!