With the news this past week that Trevor Linden is taking over hockey operations for the Vancouver Canucks, it seemed like the appropriate time to post this card that I picked up last year: 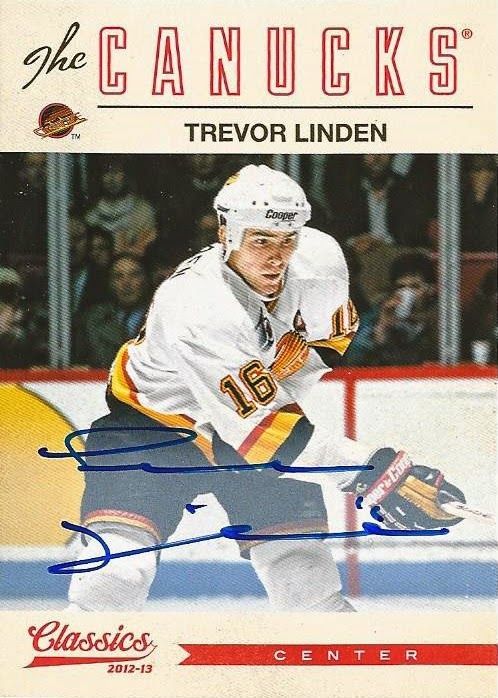 If I'm a Canucks fan I'm praying that his skills as an NHL executive far outweigh his skills with the pen.  Could you put less effort into signing a hockey card than this? 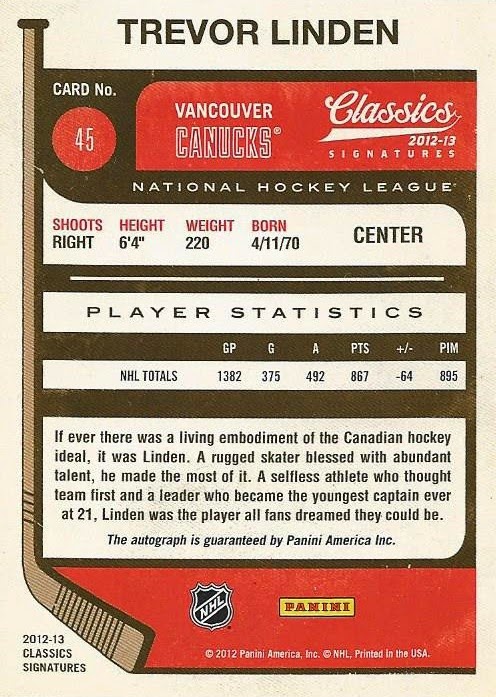 Penmanship aside, I'm happy to have this card of an NHL great who played nearly two decades in the league and appeared in close to 1,400 games.  Linden was named Canucks team captain at age 21, and has his number retired in Vancouver.

Trevor here brings me to 99 on-card autographs from this set, maybe next Sunday I'll be crossing the century mark...
Posted by shoeboxlegends at 10:23 PM

This is one of my favorite hockey sets. Can't wait to see what #100 will be.

Thanks Fuji! Yeah these cards are absolutely beautiful. They were pretty much my hobby obsession last year.

I love this set more and more thanks you to! That is a great card, and I like it...I know someone who will like it even more...Me thinks he may comment on this before long...

Thanks Dave! When I get to the end of what I've got I'll have one big finale post with all of my autos from the set. By the way, I hit you up yesterday but I have a small stack of cards to send off your way...