Another tough loss for the Red Sox tonight, they have not looked very good for the most part through 8 games.  I need something to distract me, and what better to do so than a new addition to my 1953 Topps baseball set: 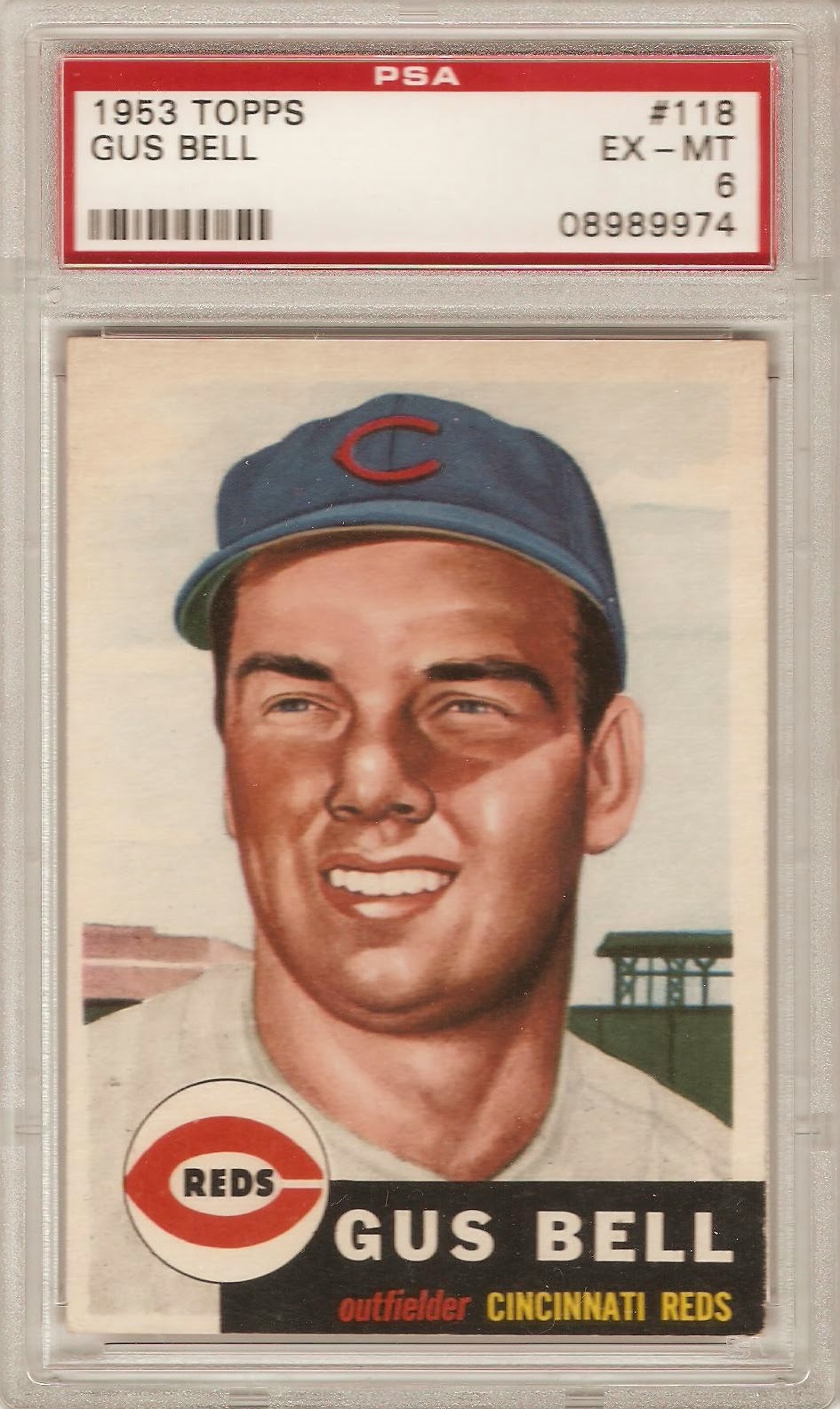 Gus Bell may not be a household name, but he was a decent player who produced some solid numbers at the plate during his career.  Bell patrolled the outfield for the Pirates, Reds, Mets and Brewers in what would become a 15-year run at the MLB level.

1953 was actually Gus' career season.  He even garnered some MVP votes that year thanks to his .300 batting average, 30 home runs, 37 doubles and 105 RBI (as well as putting up career best numbers in slugging percentage and OPS).  In the end, Gus would crush over 200 home runs and rack up over 900 RBI before his playing days were over.  Along the way he was nominated to four All-Star teams, and was even the very first starting right fielder for the Mets! 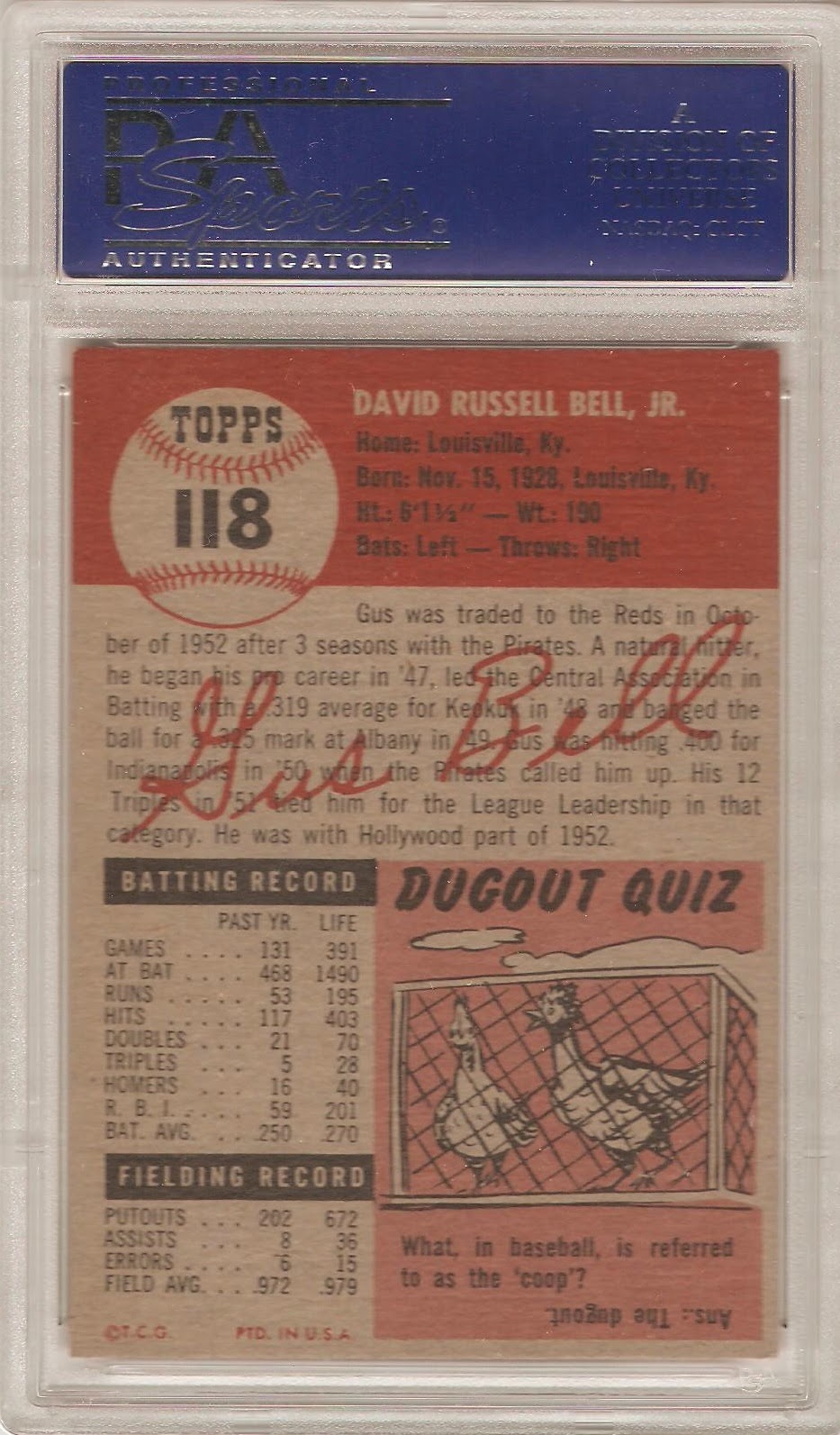 Interesting cartoon on the back, I've watched a ton of baseball in my lifetime but don't recall hearing the dugout referred to as the "coop".

Bell was also the father of 5 time All-Star third baseman Buddy Bell and the grandfather of David Bell.

Great looking card from a nice looking set. You are nearly a quarter of the way done a pretty large set. Congrats on nearing the milestone.