Vacation and Stanley Cup Playoffs - A Match Made in Heaven

This evening I start a two week vacation from work.  This card, which I won recently on eBay and which has instantly become one of my favorite hockey cards, pretty much summarizes how I feel about that: 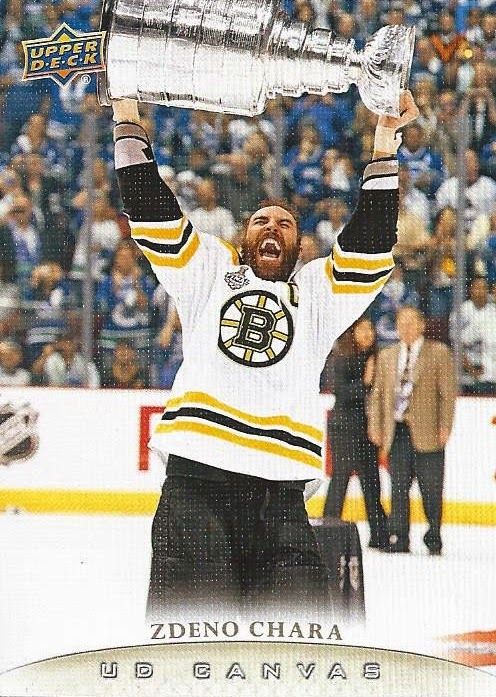 It also seemed like the perfect day to post this one given that the Bruins kick off their quest to capture Lord Stanley's Cup tonight with Game 1 of their series against the Red Wings in Boston.  The photo on this card is proof positive that the NHL has the single best championship trophy in all of sports. 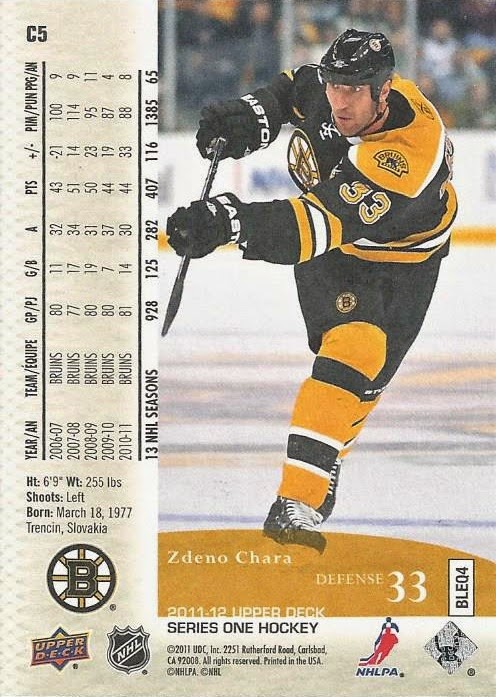 The back is a bit anti-climactic after that fantastic front, so let's get back to the good stuff:

Going to do my best to schedule some posts out ahead of time before I leave the country on Tuesday, but if the lights go off for a few days here at Shoebox Legends headquarters now you know why.

Also, whether your team's still in it, or whether they finished last in their division, why not add to the excitement of watching the playoffs unfold by entering in my buddy Casey's Stanley Cup Contest.  Act quickly, not many spots left!

Holy cow. They used to put TWO different images on cards - one on the front and another one on the back?

Imagine that! And it's not even a "double image parallel" or anything like that, just a regular old card. Panini should take some notes, oh wait, doesn't matter anymore... ;-)