I'm always on the lookout for something unique or different, especially when it comes to Red Sox cards.  If it happens to be vintage, then all the better.  Today's card qualifies on both fronts. 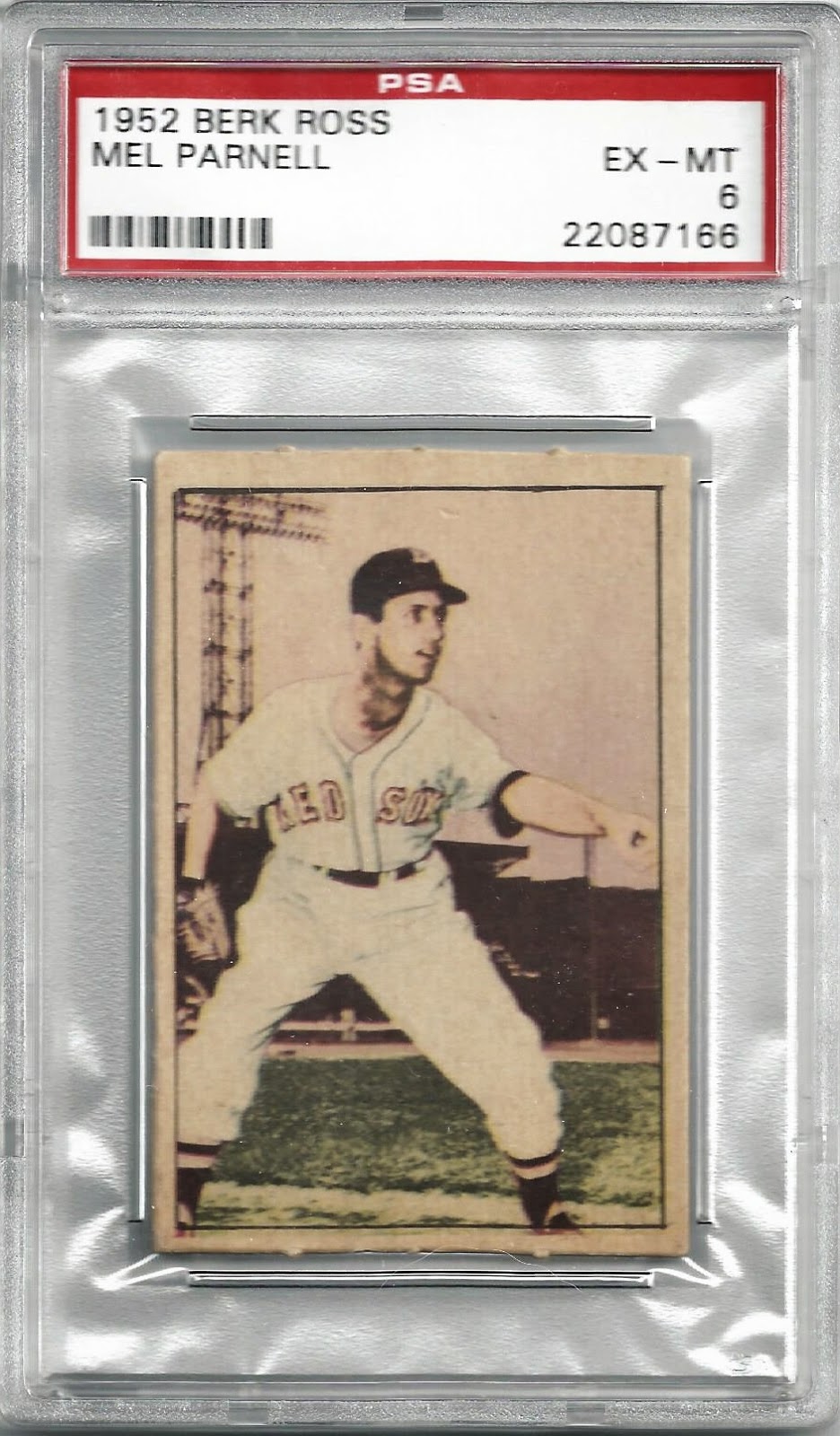 Mel Parnell here represents my very first Berk Ross baseball card.  The company was a minor player in the baseball card game and was certainly overshadowed by the big guys like Topps and Bowman.  They released two sets, in 1951 and 1952, each with a 72-card checklist.  The first year's set mixed in some notable names from other sports, the '52 set was baseball only.  Both sets were printed in panels, but while the '51 set was distributed with panel intact, the '52s were separated at the factory prior to packing (thus the perforation marks you can see along the top and bottom of this card). 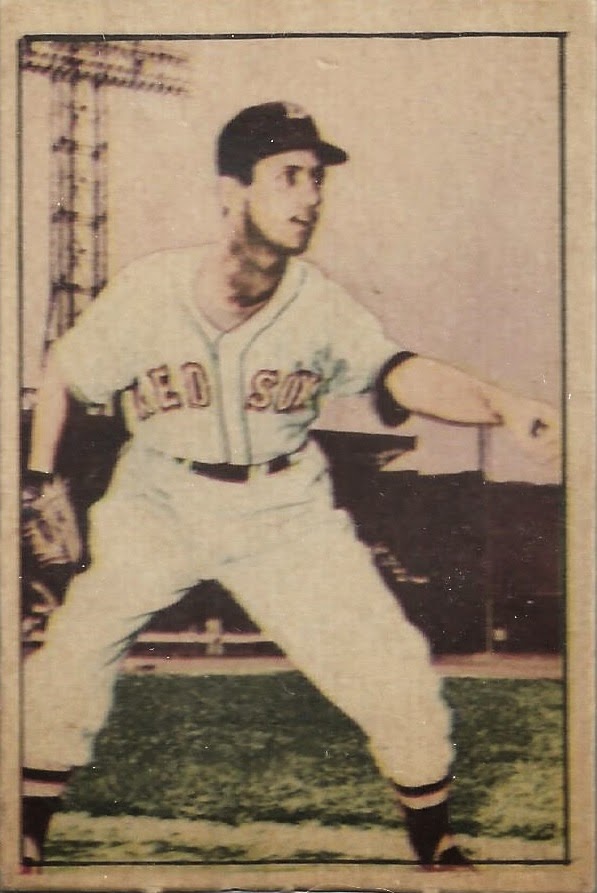 Here's a better look at the front.  The colorized photo has a nice vintage feel to it.  I like this particular shot just because the Red Sox jersey is so prominent in the photo which isn't always the case with cards this old.  Parnell, who passed away in 2012, played his entire career with the Sox and is allegedly the guy who dubbed the right-field foul pole at Fenway Park "Pesky's Pole". 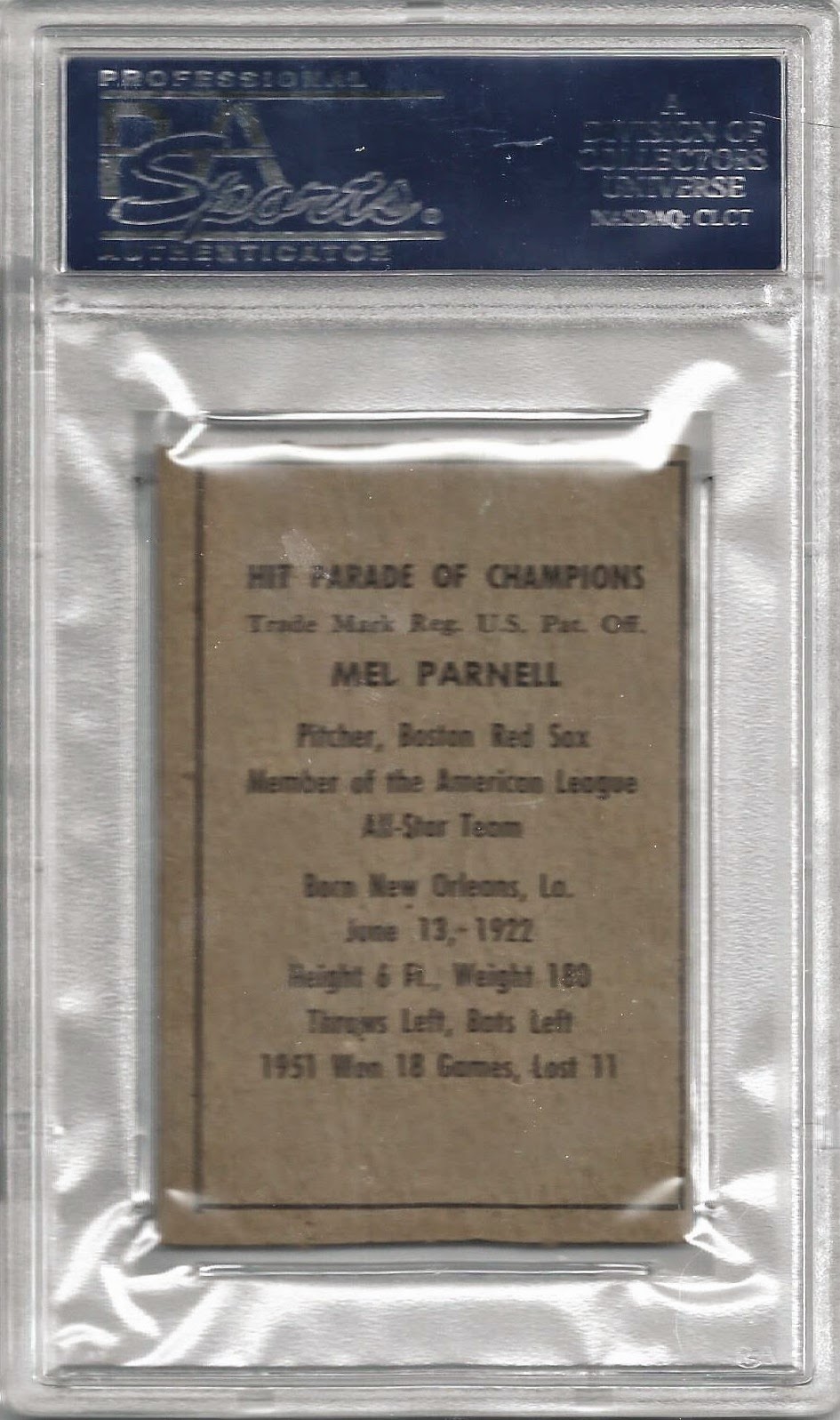 The back is admittedly underwhelming, but it's still a nice addition to my Sox collection, and something a little different than your standard Topps/Bowman fare.  Best of all Mel set me back less than the cost of a blaster.  There are three more Red Sox on the '52 Berk Ross checklist, but I doubt I'll ever complete a team set since one of those happens to be Ted Williams...

There's a great write-up on this Berk Ross set here if you'd like to read more about it...
Posted by shoeboxlegends at 9:16 AM

I heard about Berk Ross way back when I was a kid collecting in the '70s. I have yet to add one to my collection, which I need to correct.

Thanks Greg. There's a beautiful Jackie Robinson on the '52 checklist ;)