A Buyback Franken-set is Born

Buybacks are a guilty pleasure of mine, have been for years.  I can see the arguments as to why some collectors detest these, but for whatever reason I love them.  Lately I've been accumulating more and more of them, and after recently winning a good size lot on eBay I began wondering how I'm going to store and display these. 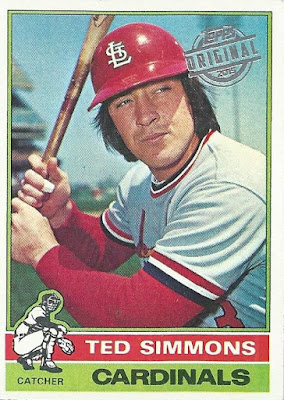 Well, I'm hardly being original with this concept, but I'm going to go with the franken-set approach.  I've got a nice, new binder stuffed with enough empty sheets to hold 792 cards, and in the coming years I hope to find buyback cards to fill as many numerical slots as possible.  Today I grabbed ten random buybacks to serve as the very first cards in my franken-set, starting with this great Ted Simmons.

The buybacks are tough enough to find in large bunches that I'm grateful to find any card to fill a slot on the checklist, and I don't think I'll have much competition between cards for the same slot at least initially, if ever.  Should I ever acquire another buyback that's #290 though, it would have to be a pretty impressive card to bump Ted here from his place in the binder.  I just love the vibrant colors on this one, and Ted is a great under-rated star to kick off my set as well.  8 All-Star appearances, a Silver Slugger Award winner and a member of the St. Louis Cardinals HOF to boot! 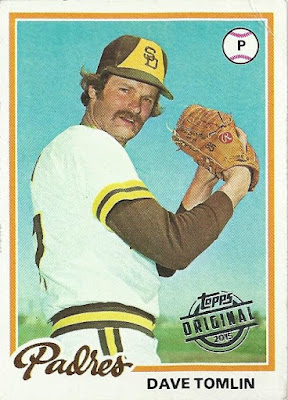 If you've ever pulled one of these from a pack then you certainly don't need me to tell you this, but stars like Ted Simmons are more the exception than the rule.  You're much more likely to pull a card like Dave Tomlin here.  On a totally unrelated side note, I've almost picked up one of these retro Padres hats on more than one occasion simply because they feature my initials front and center. 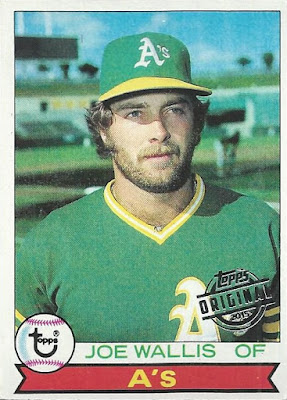 These first ten entries into my set are all from the 2015 Topps buyback run.  I like the "Topps Original" foil stamp that they went with in 2015 better than the retro logo stamp from 2014, or the 65th Anniversary stamps featured on this year's buybacks.  Random Joe Wallis fact...he broke up a Tom Seaver no-hit bid with 2 outs in the 9th in 1975! 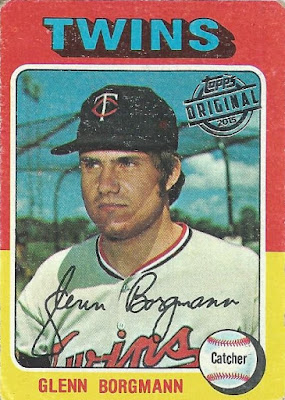 Slot #127 belongs to Glenn Borgmann for now.  I know virtually nothing about Glenn, and despite '75 Topps being a fantastic set this isn't exactly a tremendous card.  I'd say Glenn's place in the set might be tenuous at best. 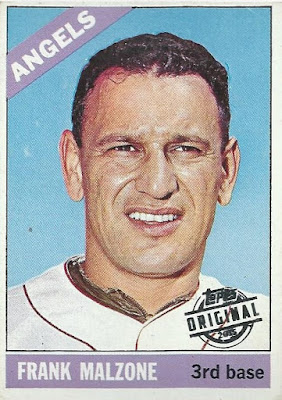 Here's a face I recognize!  Frank Malzone was one of the better players on the Red Sox roster in the latter half of the '50s, and played with Boston through 1965.  This card commemorates the 82 games he played with the California Angels to close out his career. 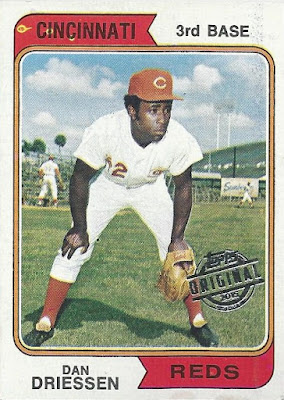 The first entry from 1974 Topps is Dan Driessen here, who slots in at #341.  A great Spring Training shot of one of the members of the Big Red Machine Reds teams of the '70s. 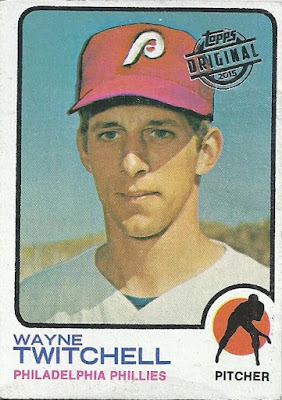 Wayne Twitchell enters the set at #227 with his '73 Topps release.  If there was going to be a Wayne Twitchell card in the set this one seems most appropriate actually, as 1973 was by far his best season, and was the only year that Wayne was elected an All-Star.  Looks like this card sustained a little water damage along the bottom back in the day. 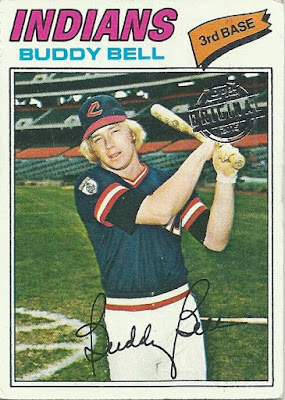 The first '77 Topps card to enter into my set is baseball lifer Buddy Bell.  He certainly comes from a baseball family; his father was playing for the Pittsburgh Pirates when he was born, and two of his sons went on to play at the MLB level as well.  Buddy won six consecutive Gold Gloves at third base, was an All-Star a few times, won a Silver Slugger Award and is actually a member of the Texas Rangers HOF.  Since hanging up the spikes he's remained involved in the game in various coaching and managerial positions across Major League Baseball.  A worthy inclusion indeed! 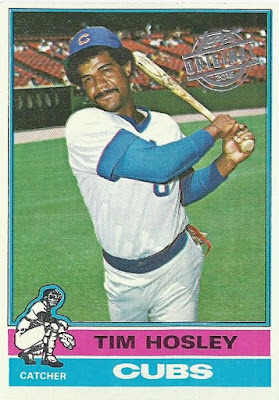 I'll be honest and say that I've never heard of Tim Hosley.  He hung around at the MLB level throughout the '70s, but spent the majority of that time as a role/bench player.  He was a member of the Oakland Athletics when they won their championships in 1973 and 1974, but never appeared on a post-season roster in either season. 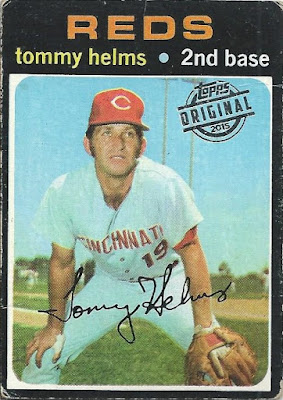 We'll close it out for today with Tommy Helms, the first card to make the set from 1971 Topps.  Time and the previous owners have not been kind to the black borders, but I literally couldn't care less about condition when it comes to this set.  In fact, you should see one or two of the total beaters that will be joining these cards in the binder soon.

10 cards down, 782 to go, a franken-set is born!  If anyone has some of these lying around I'm certainly interested in trading for them, there are a whole lotta empty pages in this binder that need to be filled!
Posted by shoeboxlegends at 11:28 AM

Love those Reds cards. 71s are great in whatever condition they are in, buybacks or not. I might have a small handful of these lying around in my 2015 binder. I'll check and let you know.

Psst, I am attempting to "complete" the 1975 Topps buyback set. So, you know, if you ever want to part with your '75 buybacks.

This is such a great idea. That should be one heck of a project. Best of luck.

While I don't have many buybacks, I'd be up for trading. Any chance you have an Oscar Gamble or two?

I think I can help you in some small way with your pursuit. I love the idea, by the way!