In the absence of having anything else scanned, cropped, and ready to go, and in anticipation of a COMC shipment that should be arriving later this week, let's take a look at a few cards I've previously plucked from the vast array of cardboard available on COMC.  This will make a little room at least before the new stuff arrives... 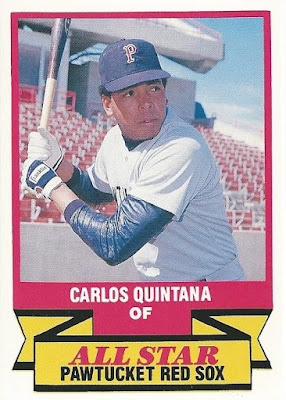 You can never go wrong with a good minor league release, and of course I'm partial to any cards of the Red Sox AAA affiliate that calls my small state home.  This one is from the 1989 AAA All-Stars set printed up by CMC.  Nothing too spectacular, but at 42 cents what did I expect? 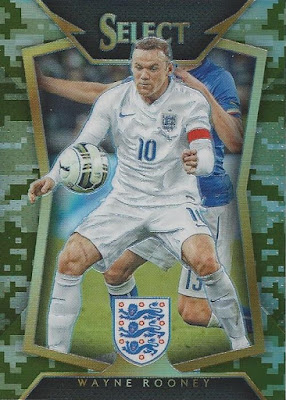 I know there aren't a lot of soccer fans around the blogs, but I enjoy the sport.  Feel free to scroll past these next four if you want to get right back to baseball, but if you are indeed interested in soccer cards you may like this Select release from Panini.  I've grabbed quite a few of the serial-numbered parallels, like this Wayne Rooney camo #'d to 249... 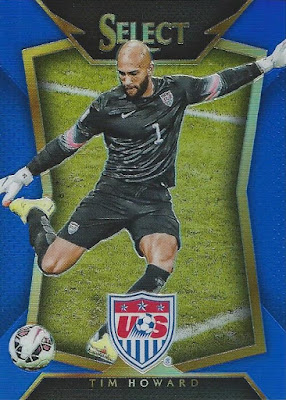 ...or maybe blue is more your cup of tea.  These are slightly more prevalent than the camo cards at 299 copies each. 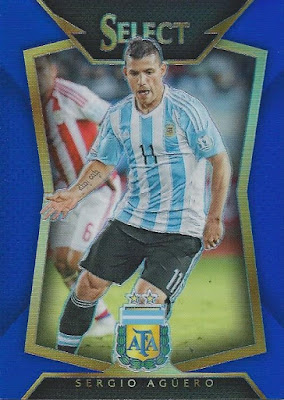 I'm guessing most soccer fans aren't as enamored with these as I am, since this blue parallel of arguably the best scorer in the Premier League over the past few seasons cost me just a buck fifteen. 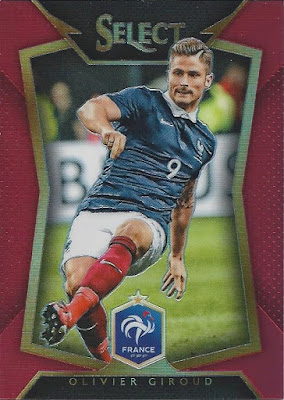 Lastly here's Arsenal striker Olivier Giroud in red parallel format.  These are numbered to 199.  Interesting cards, and if you have a favorite player or two from the set you could assemble a rainbow fairly cheaply. 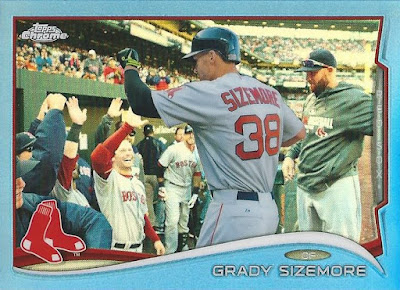 Alright back to baseball here, at least for a minute anyway, with another version of my favorite "Grady Sizemore with the Red Sox" card.  This blue refractor is the sixth different flavor I've been able to land, and I have at least one more on the way in the next COMC shipment. 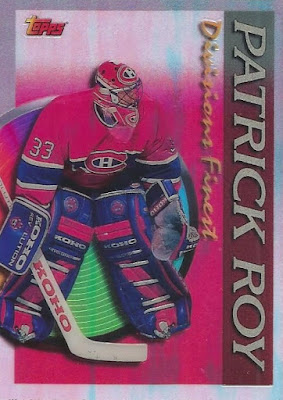 Let's bounce over to hockey quickly, with a couple of new cards from what is in my opinion one of the nicer looking inserts of the '90s (trust me they look much nicer in person than they do in the scans).  These Divisions Finest Clear Cut cards are printed on acetate stock and are largely transparent.  20-card insert set that was included in 1994-95 Topps Finest hockey. 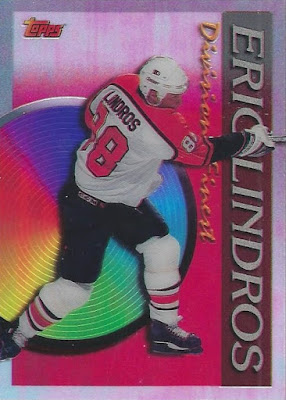 I'm getting close to acquiring all 20 now, might have to do a separate post one of these days on the entire set, but for today it's Roy and Lindros. 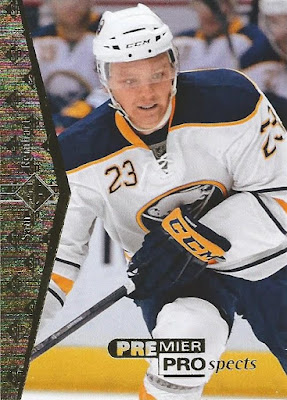 Sort of took a flyer on this one because the price was right.  Sam Reinhart was the #2 overall selection in the 2014 NHL Entry Draft.  He lit the lamp 23 times in his first full NHL season last year, and will be an interesting part of a young up-and-coming Sabres team for the next few years.  Also, I'm a total sucker for throwbacks to my '90s collecting heyday. 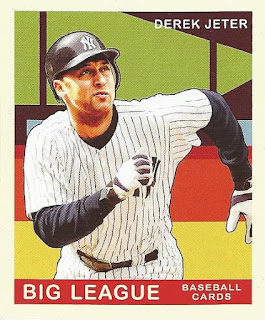 Back to baseball now, with the set that actually got me back into collecting in 2007, and thus is indirectly responsible for my ramblings on this blog over the last 9 years or so, Upper Deck Goudey! 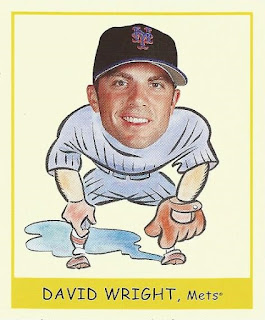 I really wish Upper Deck had spared us the ridiculous 88 short prints at the end of the checklist, which are pretty darn tough to track down cheap. 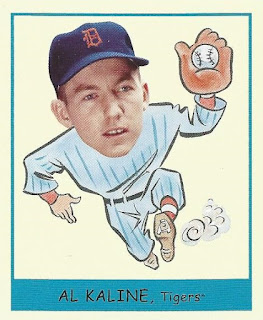 This trio puts me at something like 10 more to go.  Maybe I'll actually complete this one before I hit the 10-year mark?  I'd say 50/50 shot at this point. 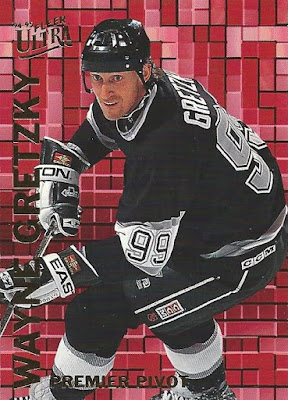 What I said above regarding '90s cards certainly applies with this one.  I'm fairly certain this Gretzky was the last card I needed to complete the '94-95 Ultra Premier Pivot insert set.  In any event, it's always nice any time you acquire a new Gretzky card, period. 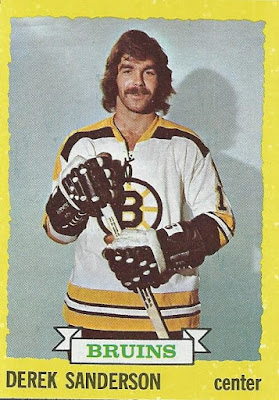 Here's one I needed for a long time, it was actually one of the final cards I needed to finish off the '73-74 Topps hockey set.  Derek Sanderson was definitely one interesting dude, and sadly this is the only piece of vintage Sanderson cardboard that I own at this point.  Hopefully I'll rectify that if I ever get back to working my way backwards through the Topps hockey sets. 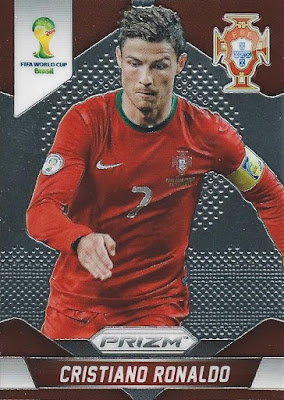 Okay one more soccer card here before we return to baseball to finish off the post.  I've picked up a few cards from the 2014 Prizm World Cup set over time, and when I saw arguably the greatest player on the globe available for well under a dollar I jumped.  That's it for soccer, I promise, back to baseball... 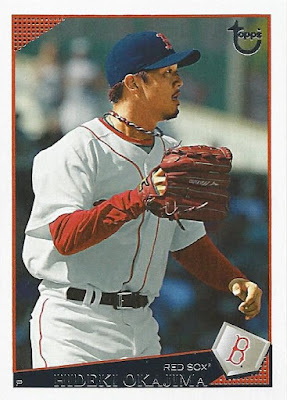 I received my first of these retro/throwback vintage stock parallels in a trade package a few months ago and was impressed, so I've been picking up other Sox cards when I can find them at a deal.  I'm up to a dozen now, but I think completing a team set will be difficult if not impossible, as there are many I've never seen even once for sale. 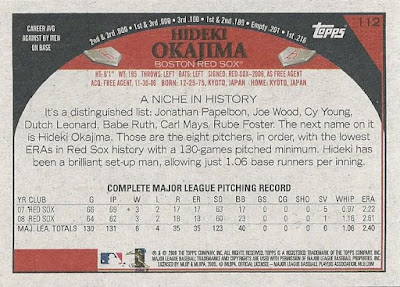 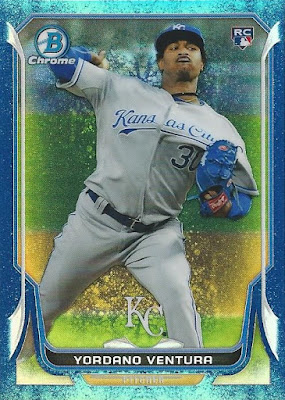 If you're a regular reader here (there are a handful I think), you've seen me gloat about the Bowman Chrome Bubbles Refractors more than once.  These are so sharp looking, and I've been able to land some really solid examples like Bryce Harper and Xander Bogaerts' RC.  Yordano Ventura here is the latest to join my collection, just couldn't resist this shiny RC of the flame-throwing and sometimes controversial righty for less than two bucks. 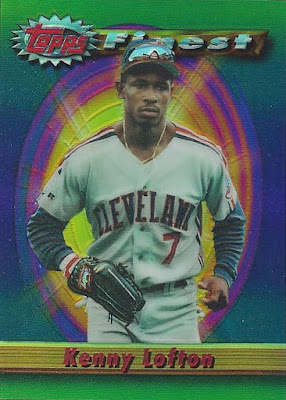 We'll end it for today with perhaps my favorite card of this whole grouping, a 1994 Finest Kenny Lofton.  Even better, this is the refractor!  I've never seen confirmation of the print run on '94 or '95 Finest refractors, but I've unofficially read that many people believe them to be just as scarce as the famed '93 refractors.  Whether that's true or not, Lofton was a lot of fun to watch on those powerhouse Indians teams of the '90s so I was really excited to land this shiny beaut'!

Thanks for reading, up next in queue I've got another killer trade package that I'm far behind in thanking the sender for.  Until then!
Posted by shoeboxlegends at 12:54 PM

Wow, what a tremendously eclectic group of cards -- I love it! Especially the Quintana in the lead-off spot. Minor league cards are cool from the get-go, but an 'All-Star' minor league card is the bee's knees!

Those Division's Finest are sharp. I may have some you need. That Premier Pivot though.... man, Gretzky just seems to pop off the card with the color scheme they chose. One of the sharper Gretzky cards to say the least.

Sanderson is one of my favorites. Met up with him in Mansfield last year. You tube some of his battles. There are some classics

I would totally watch soccer more if I had access to the games. For years I though it was such a slow and boring sport (without even giving it a chance). Then I started watching the World Cup... which led me to attending MLS games. And watching a play develop and turn into a goal is truly a thing of beauty.